Watching NASCAR or the Indy 500 on TV, it’s easy to think: “This isn’t a sport. These guys aren’t athletes.”

That was my thinking until I took a trip to Pole Position at the Walden Galleria and started whizzing around the track.

The acceleration of those “performance go-karts” presses you back in the seat. Your arms strain as you yank the wheel. Your heart pounds as the car behind you stalks you, creeping up like a lion tracking an antelope.

All that physical strain adds up to an adrenaline rush and the need to get back in that car, to go a little faster, to get a better time.

My trip to Pole Position started with an email from Step Out Buffalo. The idea was to go to the track, race against SOB’s Rick Fickhesen and the winner would go on to a racing tournament being staged by Pole Position (more on that later).

Walking into the warehouse-sized facility, the first thing that hits you is the smell of outgassing rubber. It’s Monday evening around dinner time and a few cars are whipping around the track while half-interested stragglers, probably friends or family of the racers, look on. It’s the ho-hum nature of this scene that has me worried: People come to Pole Position a lot and get really good at racing in the process.

And, I’m a newbie about to get tossed into the fire.

After meeting up with Rick and Emily, our photographer for the race, I don a prophylactic “head sock” and a racing helmet. We’re then shown a video on the various racing flags we’re supposed to pay attention to and the big “no-nos” that will get you escorted off the track at a slow roll by a Pole Position worker – the penultimate Drive of Shame. 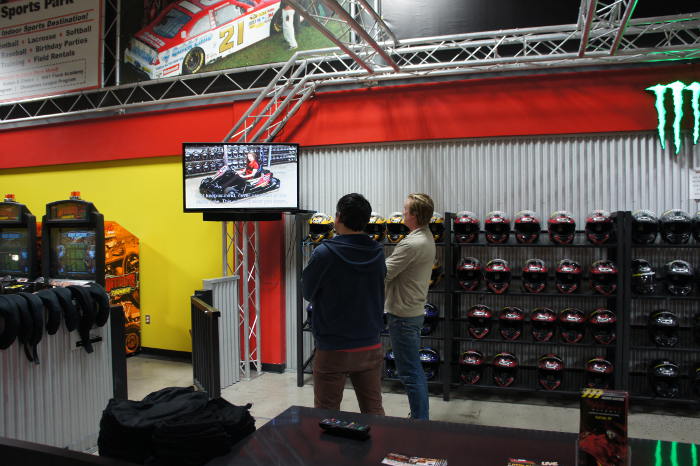 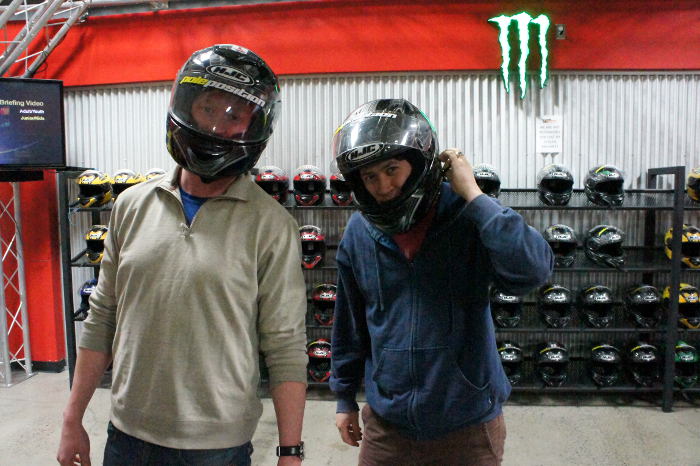 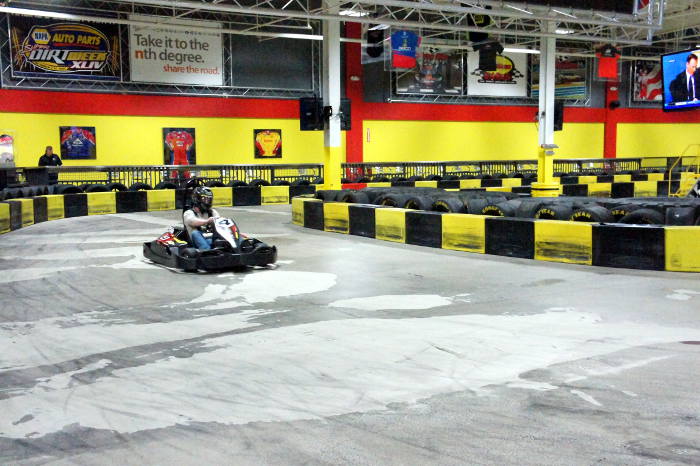 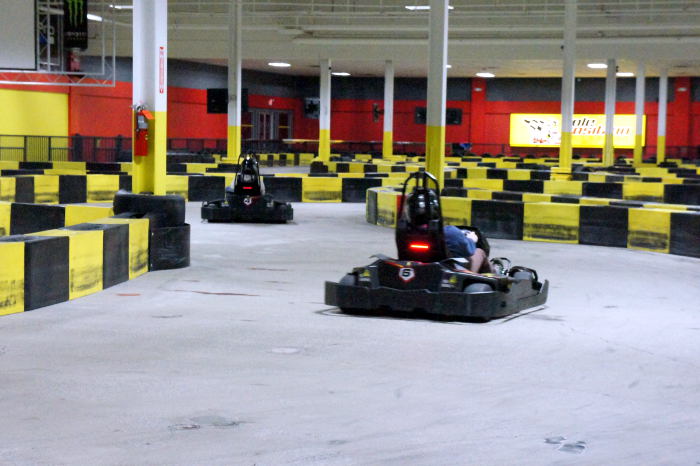 After hearing about the fourth flag, I’ve already forgotten about the first two, but this much is clear: Ramming other drivers and smashing through the barrier will end your race. Also, if someone clearly faster than you is trying to pass, you need to let them get by.

The potential for embarrassment as a tortoise noob means the stakes just got higher.

The race starts and Rick jumps out in front. He’s whipping around the track in front of me and seems to be navigating each curve with Mario Andretti-like precision. I’m trying to close the gap on the straightaways, but he keeps slipping away on the curves. He is shaving crucial seconds off his time, while I’m trying to figure out how to avoid embarrassment.

It’s at this point that I start to realize that racing is athletic. It’s actually a lot like snowboarding or skiing. You try to push your speed while being aware that pushing too hard can end in pain and/or humiliation. Each curve or straightaway, you try to push it a little more and often find you can squeak out a few extra mphs, shedding a few fractions of a second each time.

Ultimately though, this was Rick’s race. Although he did spin out at one point, Pole Position determines the winner based on the fastest lap time, out of 14 total laps. 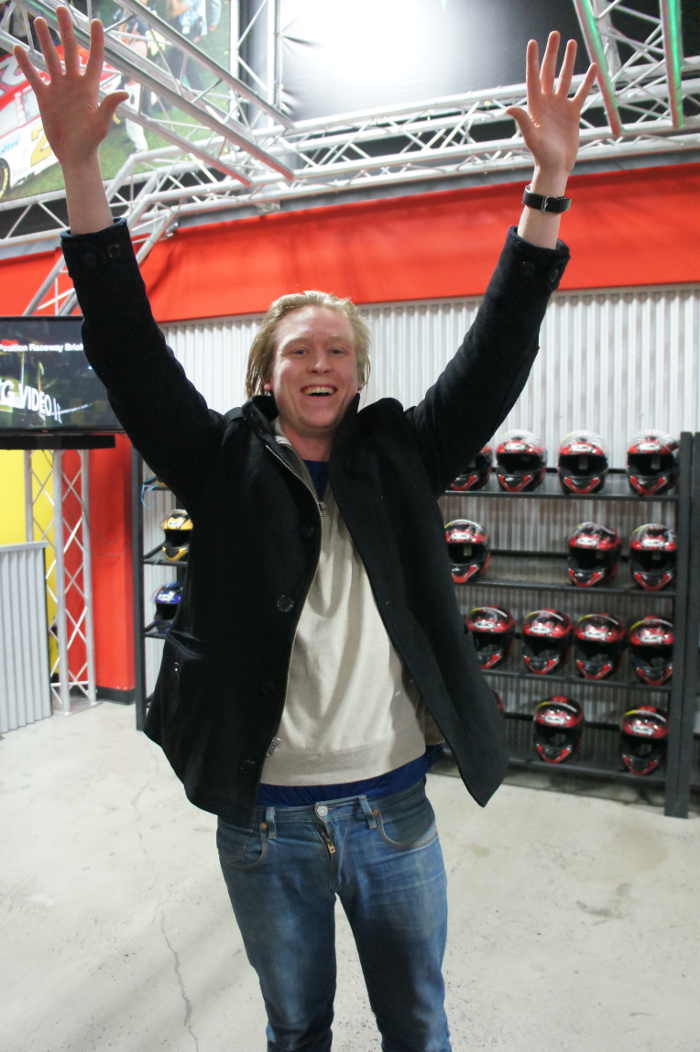 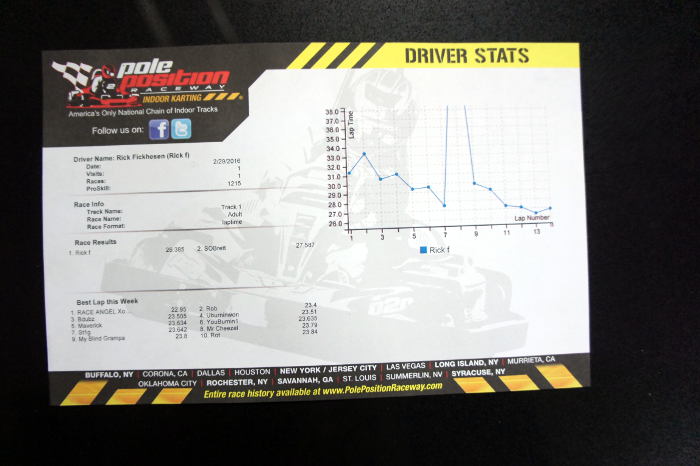 With the weekend weather only occasionally cooperating right now, Pole Position is a great option for people looking to shake up their late winter/ early spring routine.

Pole Position has race packages if you’re coming as an individual or in a group, and it’s much cheaper for individuals if you sign up for an annual membership ($55). If you’re coming as a group, you can sign up for two, three or four races, which means you could spend a whole day racing at Pole Position, then shopping, eating and drinking at the mall.

And right now is the best time to hone your racing skills as Pole Position is set to hold a five-week Upstate New York racing series across its Buffalo, Rochester, and Syracuse tracks. 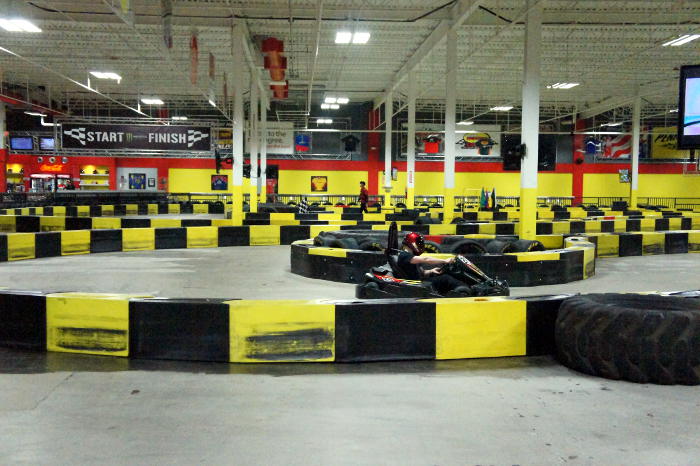 Series race nights are Tuesdays between March 15 and April 5 from 6 p.m. to 9 p.m. and Pole Position is offering a special rate of $16 per race.

Points and prizes are awarded based on times from the Main Event races, with the points going toward qualifying for the Championship race held on April 12th at the Pole Position in Syracuse. The champion of that race will receive $500, second place gets $250 and third place will receive $100. In order to be eligible to for Championship Night, participants must race in a Main Event at least 3 weeks during the Race Series.

Throughout the series, Pole Position will also have nightly prizes and giveaways for racers, like gift cards from area businesses and tickets to local events. 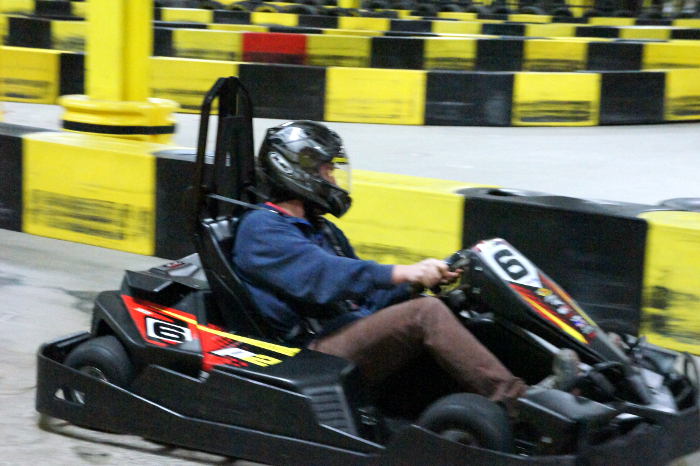 Pole Position also plans to make things interesting for supporters and spectators. Each night during the series will feature 50/50 style giveaways at the top of each hour.  Spectators can also participate in a “Fantasy Pick ‘em”, where you can pick which racer will win a Main Event and be awarded a prize for a correct guess.

Those engaged in the Race Series can also keep in-touch with the proceedings via a live internet broadcast, and podcast. The shows are set to feature news from the motorsports world, play-by-play of a main event race and guests from the motorsports world.  The live show will broadcast from a different location each week and feature a different guest:

All in all, the Race Series is set to be a great time and a good excuse to swing by the Galleria to check out Pole Position. For more info on the Racing series visit polepositionraceway.com and call 716-683-7223 to reserve races ahead of time.