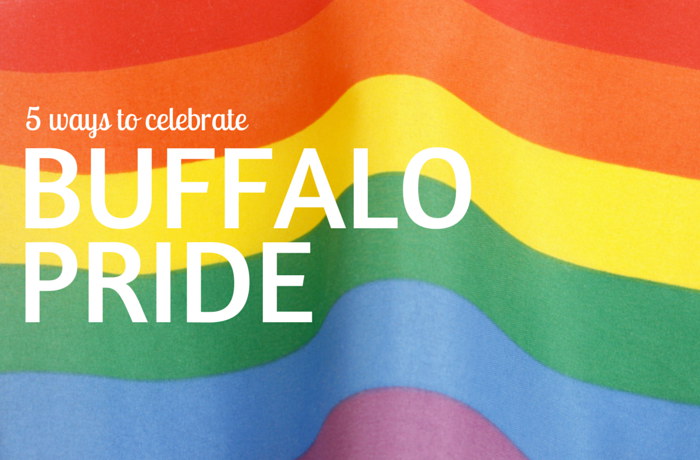 Held each year in June, Buffalo’s Gay Pride festivities have grown from small private functions in the 1970s to a weeklong affair with countless corporate sponsors and numerous events held around Buffalo.

Across the country, those in the LGBTQ community have been able to celebrate many social, political and legal milestones in the past decade. As these milestones have been adding up, local Pride festivities have grown in scale and scope. People attending these events are no longer just folks in the community and their closest supporters. Revelers from all over Western New York now come out to support and party with their LGBTQ brothers and sisters.

The biggest events during Pride Week are put on through the Pride Center of Western New York, a local non-profit group dedicated to supporting the area’s LGBTQ community. However, the best Pride celebrations often include many satellite and unofficial events held by other social or community groups. 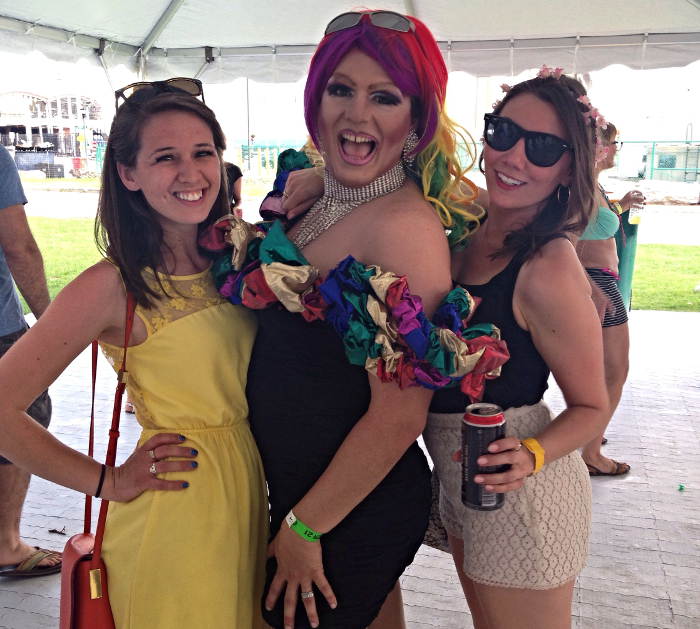 While there are a number of gay bars in Buffalo, there are very few lesbian-centric places for gay, transgender and bisexual women to get together. Ambush was started in September 2012 as a way for women in the community to network and socialize – despite the lack of a designated place to gather.

For almost three years, Ambush has “taken over” a traditionally-straight bar each month and this weekend’s Ambush Pride Party is expected to elevate the usual proceedings to a whole new level. Held next to Handlebar, the event features several DJs, dance performances by ModDance and live music by both BITCH! and Girl in a Coma.

In 2010, the Allen Street Festival was added to the official Pride Festivities as a Saturday run-up event before the big parade on Sunday. Held in a blocked-off section of Allen Street between Franklin and Main, the party has involved food trucks, a beer tent and live music. However, this year the Saturday night party was redubbed Movement and like many things New Buffalo – it was moved down to Canalside.

In response to the move, akin to taking a traditional Dyngus Day celebration out of Polonia, businesses in the Allentown ‘gayborhood’ banded together to keep the street party going. The Loop Festival will be a bit smaller, blocking off Allen between Franklin and North Pearl, but it’s intended to support the neighborhood’s gay-friendly small business owners. Loop festival performances include live art from Lady Galaxy, stand-up comedy from My Big Funny Peter, acrobatics from Aerial Verde!, live music from the Albrights and a DJ set from Charles Masters.

Where: Allen Street between Franklin and North Pearl

While the main Pride Parade has always been held on the Sunday of Pride Weekend, Saturday’s smaller parade has traditionally marched to bring awareness, support and celebration to Buffalo’s gay and trans women. Known as the Dyke March, the foot parade always walks to the beat of its own drummers.

This year, the Dyke March will walk down Grant Street with two goals in mind: celebrate the many women-owned businesses popping up along Grant and bring gay pride awareness to the West Side’s flourishing immigrant community.

The culmination of Pride Weekend, the official Pride Parade has been held in Buffalo since 1993 and over the past 22 years the parade has only grown bigger and longer.

This year’s theme of Show & Tell is intended to bring forward the stories of those living in Buffalo’s LGBTQ community. More than 100 organizations are expected to participate this year and the parade runs down Elmwood Avenue, from Forest Ave. all the way down Allen Street.

Get to the parade route early because good-viewing real estate disappears fast.

Where: Elmwood Avenue from Forest to Allen 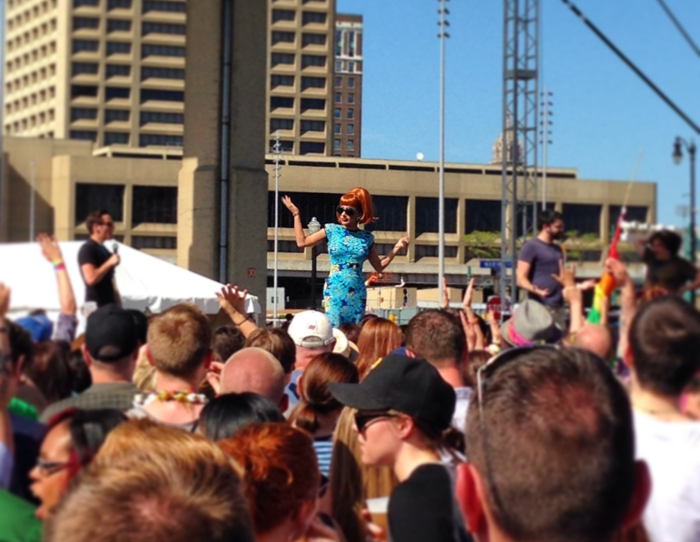 The Buffalo tradition of holding a Pride Festival is as long as the parade itself and like the parade it’s only gotten bigger over the years.

The festival was moved to Canalside a few years ago and it features all the hallmarks of an outdoor celebration in Buffalo: food vendors, beer tents and live music. This year will also feature a Retro Dance tent and a VIP Tent for the high rollers. The main festival stage will have performances from DJ XOTEC, Tynomi Banks and Wild Things.

For more info on Buffalo Pride (June 1st – June 7th, 2015), visit buffalopridefestival.com and follow Pride Center of WNY on Facebook and Twitter. Plus, check out the full list of Pride events happening this week, here!