It’s been called the party of the summer and named Buffalo’s Best Annual Fundraiser by Artvoice a grand total of five times. The Red Cross’s 17th Annual Bash to benefit locals in need is happening Friday June 5th in downtown Buffalo. Proceeds from The BASH support the American Red Cross mission of preventing, preparing for and responding to disaster right here in Western New York.

The best part of this party? No tux needed.

Of course that doesn’t mean you won’t need to grab some “new” digs. And by new, we mean new to you. The dress code is military-style, camo and dog tags encouraged. We highly recommend hitting Paratrooper Army Navy or Am-Vets for uniform and dog tags.

What can you expect at this summer kick-off for a good cause? 4,000 of your closest friends enjoying food, drink, entertainment and a huge silent auction on the front lawn of the Red Cross Mansion on Delaware Ave – in head-to-toe military gear of course.

Included in the price of admission is as much food as you can eat from some of our favorite restaurants in Buffalo like Buffalo Iron Works, Osteria 166, Lombardo Ristorante and jojo Bistro & Wine Bar. Two beverages are also included with your ticket.

Entertainment, in addition to checking out everyone’s awesome getups, will include a DJ, dancing and live music by national recording artist Caitlin Koch. Plus, expect a tribute to longtime BASH musical guest and Buffalo icon, the late Lance Diamond. 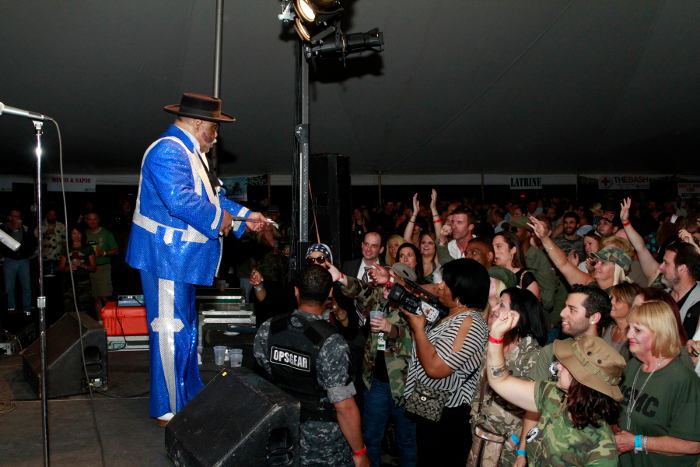 The highlight reel doesn’t stop there. Guests will have the opportunity to bid on dozens of auction items donated by the Western New York community. Think vacations, jewelry, artwork and more.

Remember, proceeds from this fun night out benefit your neighbors. In the past, BASH has raised hundreds of thousands of dollars to suport Red Cross Emergency Services.

BASH*2015 General Admission tickets are $75 each or two for $125, and are available online. Details on how to receive VIP benefits by enlisting as a BASH sponsor are also available at redcross.org/buffalobash. Additional drink tickets will be available for purchase and parking is available on side streets around 786 Delaware Ave (Summer St).