Where to Get The Best Charcuterie Boards in WNY 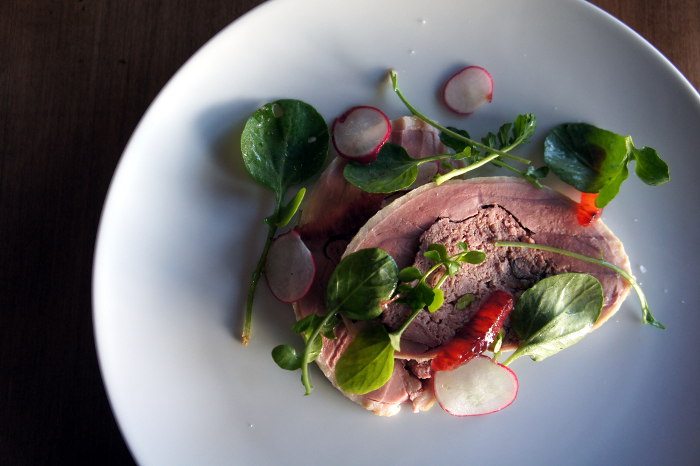 Carte Blanche Charcuterie at their opening / Step Out Buffalo

The Merriam Webster dictionary’s definition of charcuterie is: ‘a delicatessen specializing in dressed meats and meat dishes.’

Now, if you’ve had a thoughtfully crafted charcuterie board, you know that it’s so much more than that. Many restaurants import cured meats from countries that are really good at curing meat, like Spain and Italy. Other restaurants, specifically of the farm-to-table category, may go as far as having a temperature and humidity-controlled cooler to cure their own meat in. Personally, I find it respectable for a charcuterie board to have one to three items on it that require more than slicing meat off a bone, like pork trotter or a terrine.

I utilized ‘recommendations’ to consult my Facebook friends on the best charcuterie in WNY matter, and I was shocked to learn that many of my friends are not aware of how much time goes into producing a charcuterie board that will totally blow your socks off. In fact, the most popular answer was ‘homemade’, meaning, go to Wegmans and buy a bunch of sliced meats and then just go home and eat them. Well, let’s just say, I love my friends, but maybe they’re not totally sure what homemade means? I’m pretty certain they’re not purchasing farm animals or parts of farm animals to then age in a cooler at home. While I would like to think I’m capable of having a friend that cool, I’m simply not.

Another misconception about charcuterie is that it includes cheese. Many restaurants serve charcuterie and cheese, but it may be presented on the menu as just a charcuterie board. Don’t get me wrong – I welcome cheese to any situation involving food – I’m just pointing out the specifics, and if you expect cheese to arrive when you order a charcuterie board, don’t be shocked when it doesn’t.

Anyhow, now that I’ve ranted about what a charcuterie board actually is, let me tell you about some of my favorites in WNY. I tried to narrow the list down to places that have charcuterie boards alone, but quite a few of these are charcuterie AND cheese boards, and I’m not mad about it.

Chef Scott Crombie of Billy Club proves that an excellent charcuterie board is something that takes a lot of time and energy to assemble. If you love paté, Crombie will take it out of the park for you. If you’re convinced that you don’t like paté, you must give it a second chance at Billy Club. Report back to me. 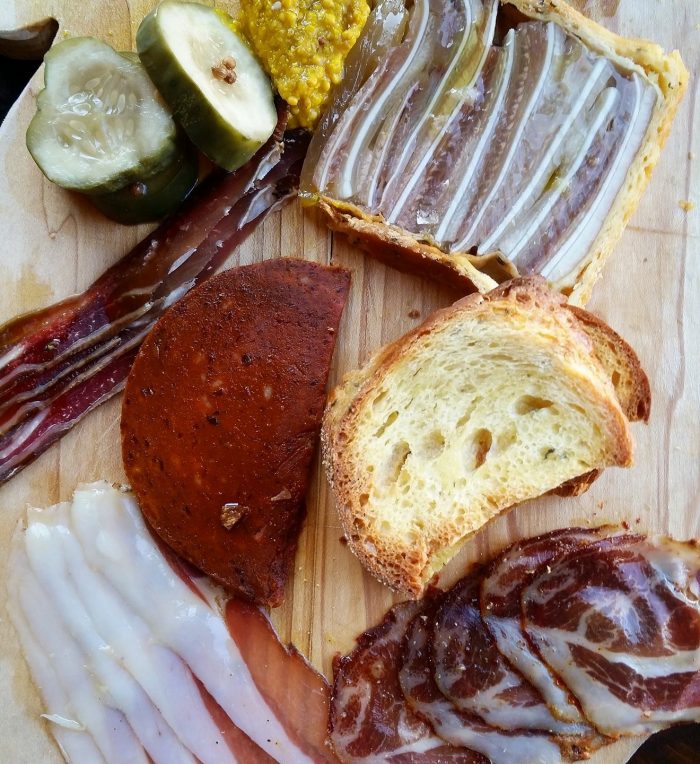 Photo courtesy of The Black Sheep

In the intro of this article, I mentioned restaurants that go as far as having their own temperature and humidity-controlled coolers. I’ve had the pleasure of stepping foot in The Black Sheep’s ‘charcuterie cooler’ and if heaven exists, I want there to be a room in my house with this exact cooler in it. They are also masters when it comes to terrines. 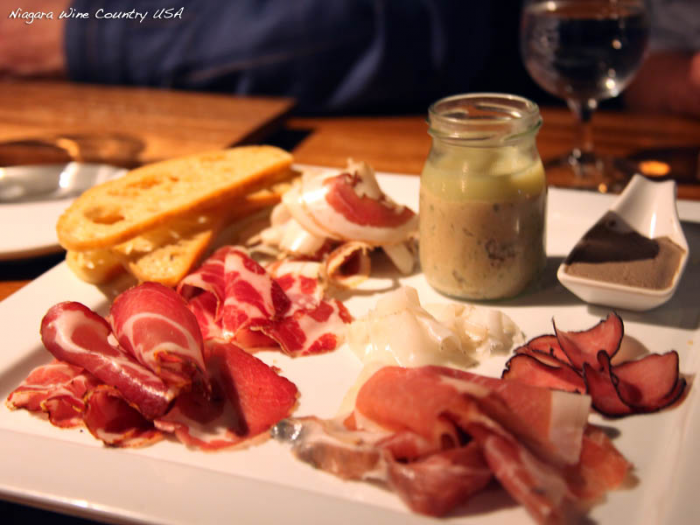 Let me just say this. The first time I ever went to Carmelo’s, the porchetta on their charcuterie board quite literally changed my life. Like other well-thought-out charcuterie boards, the selection changes often. The quantities were also on point. 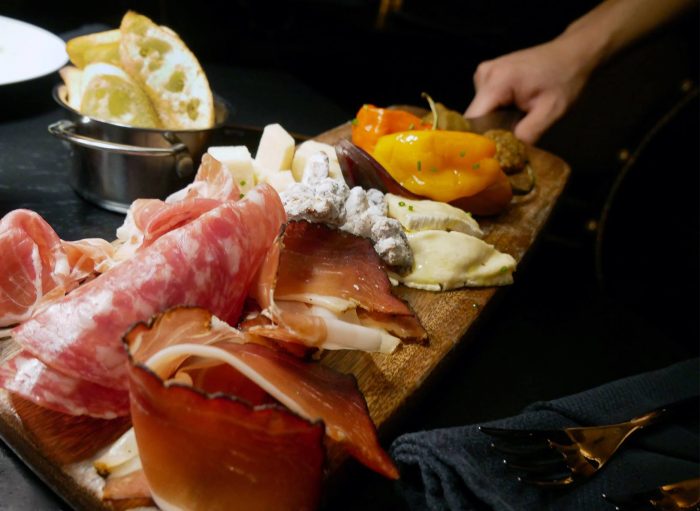 Two words: homemade crackers. IMO, the accouterments of a charcuterie board are almost as important as the quality of meat itself. Carte Blanche also combines cheese and meat in their version of charcuterie.

It’s no secret that The Grange is one of our favorite restaurants here at Step Out Buffalo. And that’s for good reason. At any time their charcuterie board can consist of: pork rillettes, chicken liver mousse, and crispy pork trotter. Go in with an open mind and your opinion of what charcuterie is will be forever changed. 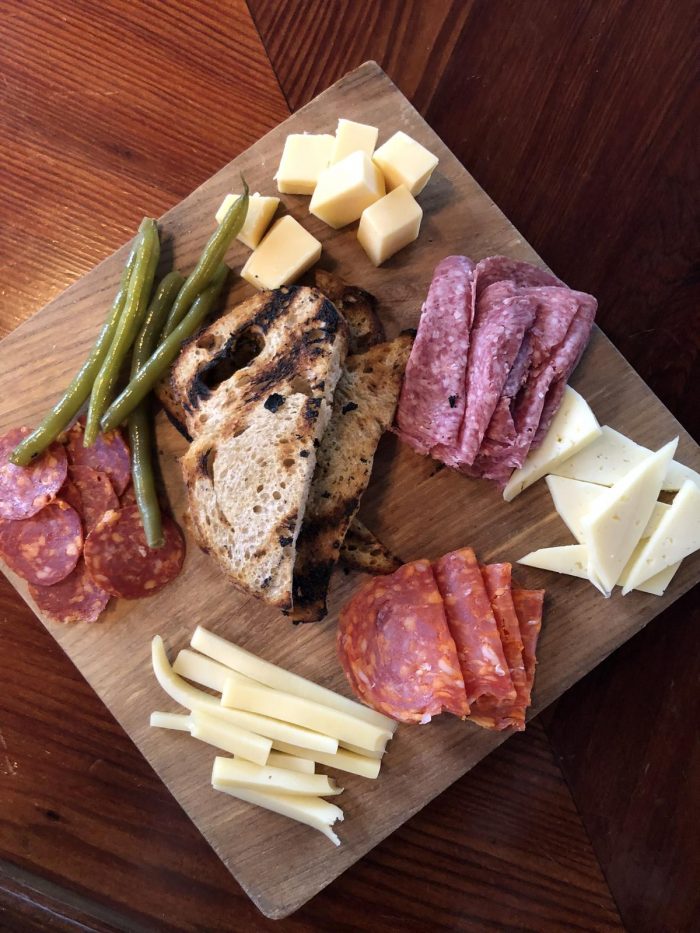 When you’re one of the premier spots in the city to go with a few friends, you provide an option of charcuterie and cheese to your guests. They excel at giving you an equal quantity of cheese and meat. Because duh.

Let’s be honest – is there anything that Oliver’s does that isn’t the best? Chef Ross Warhol prepares his daily selection of charcuterie with thoughtfulness and creativity. 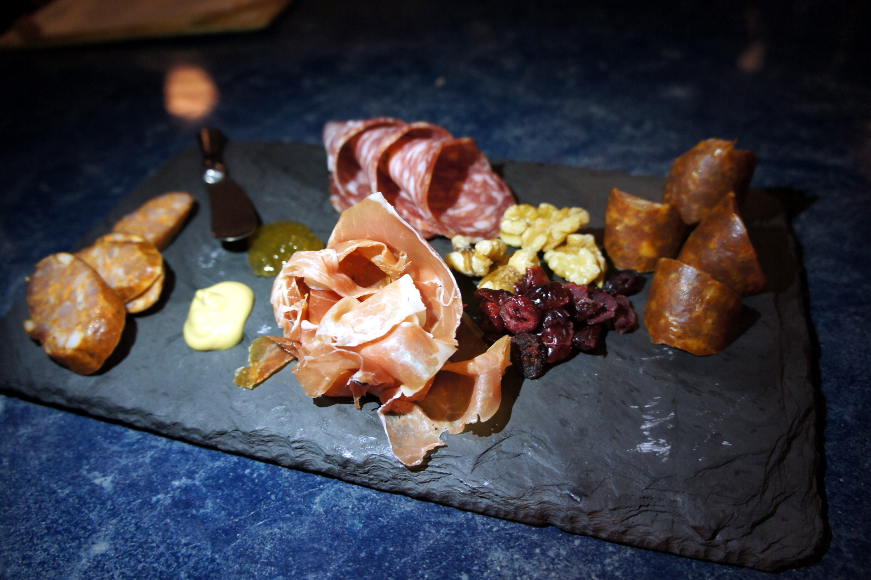 When we posted this article you flooded our comment with Just Vino, so we had to add it. Located in Allentown, this wine bar serves up a mean Spanish charcuterie board according to recent reviews. 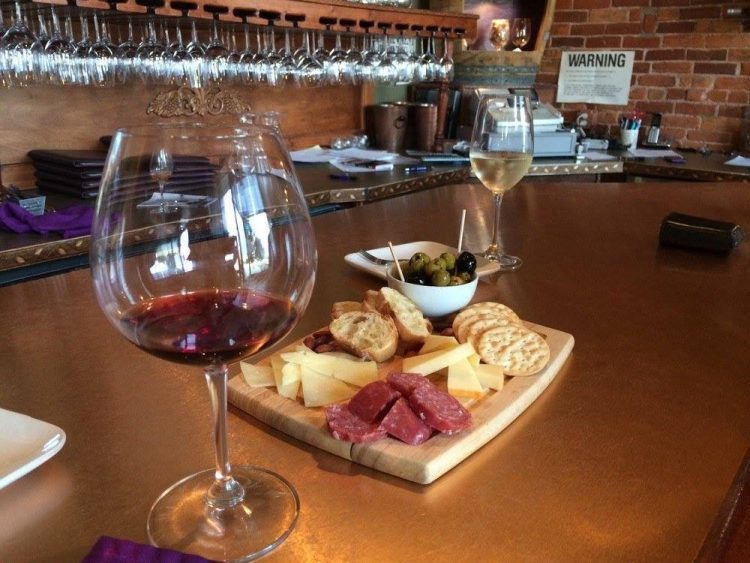 Jazzboline was another popular charcuterie place mentioned in the comments, so we had to add it. Located in Amherst, this restaurant and bar serves a delicious array of local cheeses and cured meats, according to recent reviews. 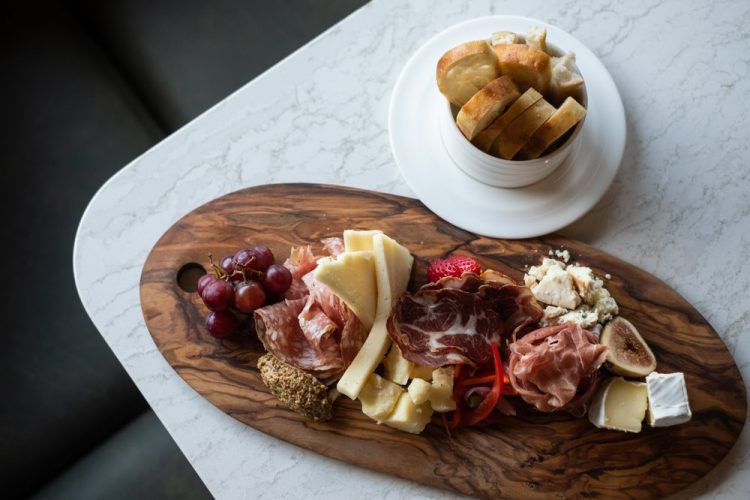 Panorama on Seven, located right inside Harbor Center serves up a tasty charcuterie board, so we have heard.

Honorable Mentions… because the more charcuterie the better: