Craft beers, artisan sausages, hand-cut fries. Might not sound like much but there’s a reason Moor Pat was voted the Best New Hotspot in the Northtowns in Buffalo Spree’s Best of WNY 2015 Edition. The old-world style space that Moor Pat resides in was originally built in 1836 and at one point served as an old shoemaker’s home and business, so you can imagine how cool it looks inside. In keeping with the crafted ambiance, Moor Pat has a custom made tap tower with custom made tap handles plus a beer plan with constantly rotating American Micro and European imported drafts and bottles. The tempting (albeit limited) food menu consists of artisan sausages from one of our favorite shops, Spar’s European Sausage & Meats and hand cut French fries with dipping sauces one only dreams of.

If you’re a beer fan, a sausage fan, and/or a French fry fan you’ll enjoy Moor Pat. Much like its close cousin Allen Burger Venture, Moor Pat goes above and beyond when it comes to each item it specializes in which is what makes it a unanimous favorite. Moor Pat is unlike anything anyone has seen/tasted in this neck of the woods before, so if you’re in the Northtowns or looking for a place that’s out of the ordinary this is probably your best bet. 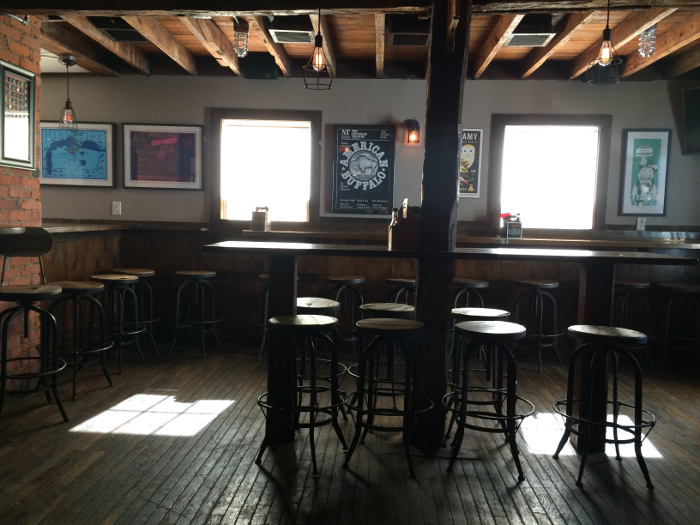 The main attraction here? Beer. Like we said the beer list at Moor Pat changes almost regularly so if you wanna know what’s on tap today check out their daily list here. Draft beers typically fall between $6-9, and you can expect a good bottle selection to boot. Past residents have included Stochasticity Project: Hibiscusicity (Stone Brewing Co., $7), Billy Half-Stack IPA (SingleCut Beersmiths, $6.75), Black Beards Breakfast Bourbon Porter (Heavy Seas Beer, $7.50), and Beavertown XXX (Evil Twin Brewing, $8.50). They also have a slew of scotch and whiskey options that range from $7-11 and include the likes of Lagavulin ($11), Oban ($10.50), Tullamore Dew ($7), and Smooth Ambler ($8).

RELATED: The 20 Essential Restaurants to Try in WNY Right Now

Their sausages and fries are well worth a taste, and if the smell of them while you’re sitting at the bar doesn’t tempt you then their menu descriptions will. For starters, their double-fried, Hand Cut Fries ($4 regular, $6 large) come with your choice of homemade dipping sauces: Red Pepper Ketchup, Mango Ketchup, Pomegranite Ketchup, Bourbon Brown Sugar BBQ, Chipotle Bacon Aioli, Roasted Garlic Aioli, and Truffle Coated (+$ 2). The sausages range from your German Beer Brat made with Spars European sausage and sauerkraut on a Bretzel roll ($8) to a Spicy Italian –also made with Spars European sausage- and topped with peppers and onions ($7). If you’re feeling a bit more adventurous Moor Pat’s sausage selection also includes a Currywurst made with Hartmann’s Old World Weisswurst sausage and Curry Ketchup ($8) and a Veggie Italian made with Field Roast sausage, peppers and onions, and wrapped in Bibb lettuce ($7).

In search of somewhere new, interesting, and tasty to have dinner in the Northtowns one sunny afternoon, we strolled into Moor Pat to see what all the fuss was about (by “strolled” I mean we were so excited to eat here that we arrived well before it opened and counted the seconds until we could be inside). Since we were the first ones there we had our pick of seating and chose to be at the bar where we could see the bevy of drink options before us and smell the sweet, sweet smells coming from the kitchen close by. We ordered a couple drinks and took in the ambiance of Moor Pat while our glasses were filled. The whole place is done in an antique-y looking wooden style that makes you feel like you’re at a hole-in-the-wall pub in Munich. The space is on the cozier side (again, like if you were in Europe), but it’s a good enough size that it doesn’t feel confined. Their newly opened beer garden adds some seating for those nice days and cool nights where you really want nothing more than a beer on a patio under the stars (and let’s be honest some fries wouldn’t hurt either).

On that note, after we got our drinks we quickly tried to make some decisions on the sausage front. For the record, being hungry and being tempted by food menus like Moor Pat’s do not mix. For such a limited menu it was hard to decide what to get…I honestly don’t know what I would’ve done had there been any more options to choose from. We ended up kicking things off with a large order of the Hand Cut Fries ($6) and our choice of two (count em two) dipping sauces – Bourbon Brown Sugar BBQ and Chipotle Bacon Aioli, which were phenomenal. The fries were the perfect consistency (not too soft, not too crisy, juuuuust right), and the dipping sauces were like nothing we’d ever tasted before. The Chipotle Bacon Aioli was definitely a bit spicier than we were expecting –in a good way- and the Bourbon Brown Sugar BBQ is something you’ve gotta try for yourself. It’s sweet, it’s tangy, it actually tastes like bourbon, and it’s a favorite. 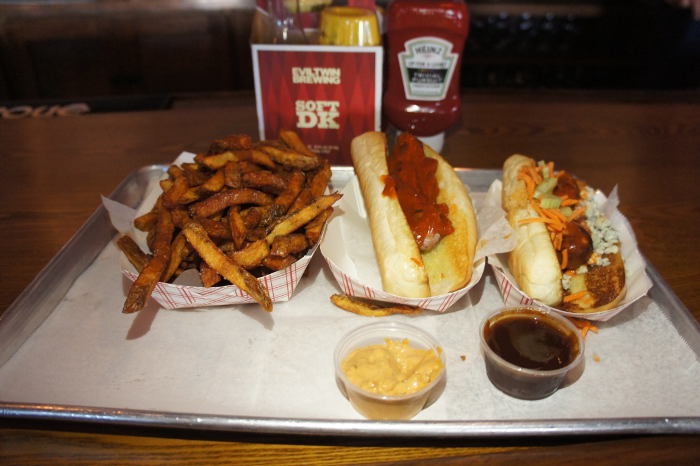 For our main course we had the Buffalo Chicken Sausage made with a Spars European sausage, carrots, celery, and blue cheese ($8) and an English Banger made with -can you guess?- Spars European sausage, with a choice of Beer Mustard or Curry Ketchup ($7). Both sausages came on large buns and were adorned with toppings…and flavor. The Buffalo Chicken Sausage, like the Chipotle Bacon Aioli dipping sauce, was a tad on the spicy side, but what do you expect it’s Buffalo Chicken Sausage. The English Banger was everything you’d want in a classic banger sausage and then some, and the elevated Curry Ketchup my companion decided on took it another notch higher. 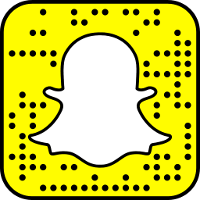 After all was said and done our bellies were full, our Snapchats (follow us @stepoutbuffalo) were 300 seconds long, and we had crossed another restaurant off of our #SOBFoodBucketList. There’s a reason we named Moor Pat one of the Essential Restaurants you’ve gotta try, and there’s only one way you can find out why (by going, the way you find out is by going).

Tip: Make sure to check out the bathroom before you leave. Writing on bathroom wall at Moor Pat is way more fun and guilt free.

Lauren is the Creative Marketing Director at Step Out Buffalo aka the person who posts all those memes on social. A lover of Buffalo, food, travel, and animals, she can usually be found trying different local restaurants while planning her next adventure and asking passersby if she can pet their dog. Follow her dog-petting adventures on Instagram @laurenspoth