Get Excited: Paula’s Donuts is Opening a Location in Larkinville 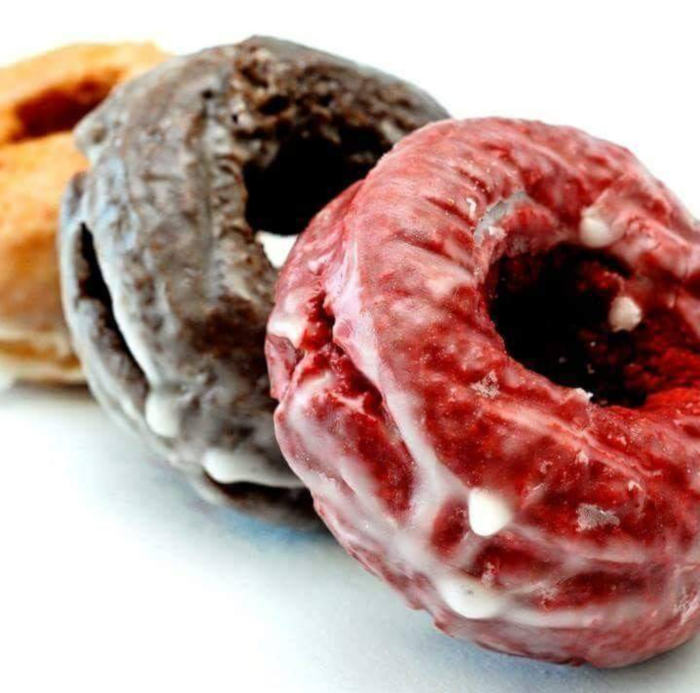 Iconic Buffalo donut maker Paula’s Donuts has set their sights on Larkinville as the home for their next, and fourth, location, as the seminal sweet shop is expected to anchor a two-story building at 872 Seneca, marking their first location within the city limits. And Paula’s future neighbors, Flying Bison Brewing, Hydraulic Hearth (Community Beer Works), Belt Line Brewery & Kitchen and Buffalo Brewing Company, could not be more excited – along with everyone else in town.

With Paula’s coming to such a brewery-rich neighborhood, the immediate thought that comes to mind is, how long do we have to wait until we see a donut themed beer? Well, Flying Bison, who cited some of their favorite Paula’s creations as the monstrous Apple Fritters and Peanut Crème, says that the topic has already been broached.

“We are very much looking forward to them being our neighbors,” the brewery says. “We’re going to welcome them to the neighborhood properly. We met with Paula’s over some donuts a few weeks back to talk about their future in Larkinville actually. And if you’re wondering if the topic of ‘what Paula’s donut would you pick to create a new beer around’ came up, you bet it did. Stay tuned.”

Vandra Ruppel, head brewer for Hydraulic Hearth, which houses a satellite brewery for Community Brew Works, fully shares in Flying Bison’s excitement, but for more than just the donuts, for what the addition of the business means for the continued renaissance of the entire Larkin neighborhood.

“I am very excited, not just about Paula’s, but about the revitalization of Larkinville as an up-and-coming Buffalo neighborhood!” she says. “For years, the Zemsky family has been working to build this area back up to what it once was, and I think it’s working. Just over the past year, getting to know this area has been really interesting. I love Hydraulic Hearth (even though I cannot win a game of shuffleboard to save my life), The Swan Street Diner & Food Truck Tuesdays. Paula’s will absolutely be a great addition to the area, it’s a classic Buffalo staple. My all-time favorite Paula’s donut has to be Red Velvet Glazed. I could eat them all day. I might want to rent one of the apartments above the shop, so I can wake to the smell of donuts! But that may lead to a sugar intake issue…we’ll see.”

For Buffalo Brewing Company Owner/Brewer John Domres, Paula’s coming to Larkin hits a little closer to home as his wife spent time working for the original Paula’s Donuts. Domres is so excited in fact that he is already imagining beer and donut pairings.

“Paula’s Donuts and myself go way back as I grew up in the Eggertsville part of Amherst. So, it was a close jaunt to get them and we did frequently. As you can tell by my stature, I am no stranger to carbs, whether in liquid form or donut form. My wife actually worked at the original Paula’s and is a huge fan of donuts as well. Now to see Paula expanding from one tiny shop in Kenmore to three, soon to be four (Larkinville), gets me excited. I think people don’t really remember way back to 2013-2014 when Larkinville wasn’t that developed. The only game in town was Hydraulic Hearth, Filling Station, Flying Bison, then BBC, which was on an island of no-mans land way far removed from the beauty and development of Larkin Square. Now that our end of the Hydraulics is finally seeing some love, it has me thinking, ‘damn, we finally have made it if Paula’s Donuts is coming here.’ I cant wait to dunk my Red Velvet frycake in a fresh pint of 1813 Porter.”

Erik Greiner, head brewer of Larkin newcomers Belt Line Brewery & Kitchen, is looking forward to Paula’s coming to town for slightly more selfish reasons (but honestly, who came blame him?). He adds that his favorite Paula’s offering is the Headlight (yeast donut, chocolate frosted around the edge, dollop of angel cream on top).

“I’m a big fan and proponent of Paula’s Dounts coming down to Larkin. Being from the Southtowns, I didn’t really get to eat them that much. Anytime they were in the house, the donuts wouldn’t last very long. Living down in Larkinville and soon to be having such easy access is exciting!”

Paula’s Donuts Larkinville location is expected to open sometime next year. First opened in 1996, Paula’s Donuts currently has three locations in Clarence, Tonawanda and West Seneca. You can find out more information about all things Paula’s at paulasdonuts.com.