Get in Shape But Don’t Go It Alone

Lifestyle, Things to Do

After the Lighting of the Candles, Decorating of the Tree, Feats of Strength, Opening of the Presents, Eating of the Dips, Airing of Grievances and Drinking of the Champagne – there’s just one more thing left to do for this holiday season: The Joining of the Gym.
Each year, bloated and guilt-ridden folks storm area gyms en masse to try to shed the weight they gained over the last fortnight – or the weight they’ve been trying to lose for years. Fueled by New Year’s resolutions, people tell themselves, “This is the year I get into shape.”
Unfortunately, most people break their resolutions, usually just in time for St. Patrick’s Day. According to a recent survey of British adults, 80 percent of people break their resolutions in less than three months, and 86 percent of those surveyed said they break them before the following New Year’s Day.
If you’re going to be in the slim minority that actually sticks to their resolution and loses the weight they want to lose – you need to think about your personality type and approach your 2016 weight loss in a way that plays to your strengths and circumvents your weaknesses.
In January, the fitness centers at the two Jewish Community Center locations are unveiling two different programs, Operation 90 Days and Tabata, that just might speak to people who need someone to keep them accountable or who have a competitive streak. 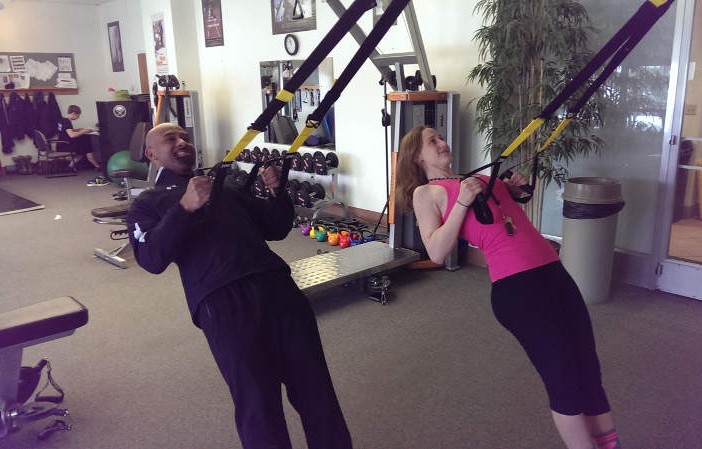 Operation 90 Days
Operation 90 Days, simply put, is the JCC’s version of The Biggest Loser reality TV show. People can join the program as a team of two or three, or they can join as an individual and get allotted to a team. Each team is then assigned a trainer and is provided with a one-hour team training session for 12 weeks. The trainers then follow-up each session with an emailed personalized workout routine for the week.
The teams meet up during the week for regular workouts with their  Personal Trainer. Teams will often find themselves training at the same time, stoking the fires of competition.
“We have multiple teams and all the trainers really get involved because they are in competition amongst themselves,” the JCC’s Laurie Greenspan told me on a recent visit to the center’s Getzville location. “At the end, we plaster the winner’s pictures on big posters as well as email blasts and social media. We really share with other members how much these people have lost, how much strength they’ve gained and who the trainer that got ‘em there was. So, the trainers are into it, the members are into it and it happens every year.”
At the conclusion of the competition, individual male and female winners are determined, as well as the winning teams. Individual winners get half of their enrollment fees back. Members of winning teams also get cash back. Separate winners are determined for each JCC location.
“They’re weighed in the beginning, they’re weighed every week, they’re weighed at the end: they’re accountable. It’s accountability, to yourself and to the team,” said Ann Vorburger, the center’s Director Health Fitness and Recreation. “As it is a competition, they have to stay on it or they’re going to be letting people down.”
“Operation 90 Days is a great opportunity to start the New Year off right with one-on-one guidance on a fitness program and healthy eating habits,” the veteran team of Susan Willis, Mary Fitzgerald and Ariel Kostiner told me over email. “The personal trainer and each team member provide motivation and work with you toward your goals. Our team has been successful with this program and we have really enjoyed the challenge.”
There is still time to sign up. This year’s program starts January 11th. Check out their website for more information.
Tabata
In addition to Operation 90 Days, the JCC is also offering a high-intensity workout program called Tabata. For those who don’t know, a high-intensity workout program is based on alternating short intense anaerobic exercise periods with less-intense recovery periods. There are a number of high-intensity workout programs out there and Tabata is simply one branded version, like Kleenex is to tissue.
“Research has shown that high-intensity interval training is the way to go because it stokes your metabolism, and you burn calories after the workout – not just during it,” Vorburger told me.
For the JCC’s high-intensity program, participants meet with their trainer just once a week for 30 minutes. The short yet extreme workout session is backed up with 24/7 web support in the form of daily workout regimens and a customized nutritional strategy.
Greenspan said Tabata is well-suited to people who know they will stick to their New Year’s resolution if a program is regularly there to keep them accountable. It’s also for the person on the go, who can’t commit to regularly meeting up with an Operation 90 team.
“I hate high intensity,” she admitted, “but I’m probably gonna do this because it’s short, it’s quick and it’s in my face all the time.” she said. “Then, I can go back and look at the email and see if I’m doing what I’m supposed to do and try to eat better the rest of the day knowing that I’m burning off calories.”
The JCC administrator noted that the fitness centers are offering different programs  depending on what your personality is – to get your New Year’s resolutions accomplished.
“If you want to go on the treadmill by yourself, then go on the treadmill,” she said. “If you want to do group fitness classes, we’ve got over 100 of those. If you want to do a competitive weight loss program – do Operation 90. If you want to do something that speaks to you accountability-wise every single day – you have Tabata.”
I’ve been a member of the (JCC) for years, as its Allentown location is just blocks from my home. There tend to be more individuals downtown, the JCC ladies told me, and there tend to be more families going to the Getzville location.
“So it’s a tad more single members downtown, but tons of camaraderie,” Greenspan said. “There’s a lot of families that have been coming here for years, and it’s more generational. I see people come in with their kids, and their kids’ kids.”
Both of the new programs are not only a great way to lose those  holiday pounds and keep a resolution – they’re also a great way to stay in shape as you check out all the new restaurants to come in 2016.
For more information on the JCC visit their website and follow them on Facebook and Twitter.

Brett Llenos Smith is a freelance writer based in Buffalo’s Allentown neighborhood who has been covering local food and culture for Step Out Buffalo over the past six years. As someone with a multi-ethnic background, he has a passion for exploring and understand the many diverse corners of Western New York.
Find More ➭ Buffalo, Downtown, Northtowns