When writing about one of the massive contributions that African Americans have made to our society, it’s tempting to trot out cliches like: “This cultural diamond in the rough was formed like all diamonds are, by intense heat and pressure.”

More importantly, we’re also tired of on-going inequality. Cliches on race relations don’t feel appropriate right now, regardless of how well-intentioned they might be, because they just don’t do justice to how important African Americans and People of Color are in our society.

Locally, it’s hard to overstate just how much our community has benefitted from one contribution in particular: The Colored Musicians Club of Buffalo (CMC).

This legendary local treasure was created out of necessity. In the early 20th century, there was one union that represented local musicians, and of course, African American musicians were barred from entry. This forced local Black musicians to form their own union in 1917. These same Black union members also founded the CMC as a social club; where they could rehearse, perform, eat and drink.

Change came to both the club and musicians’ unions in the 1950s, as attitudes started to shift and jazz bands became more integrated. While racial integration is generally seen as a good thing, in practice, it meant that Black musicians had to settle for less power than they would have otherwise had in an all-Black union.

In 1964, the two separate musicians’ unions were legally compelled to desegregate as a part of the Civil Rights Act. For Black musicians in the union, this often meant being out muscled for the best union gigs by white members.

Fortunately, the CMC was always a separate entity from the unions and because of this, it was able to largely continue operating without union involvement. This was very different from situations in many other cities, where black musicians’ unions lost real estate to the newly desegregated unions.

The CMC being separate allowed Buffalo’s local jazz scene to flourish throughout the 20th century, to the point it attracted attention from famous touring Black musicians, many of whom would stop in to eat, drink and play music. Miles Davis, Duke Ellington, Ella Fitzgerald, Dizzy Gillespie, John Coltrane, Charlie Parker and Billie Holiday are all said to have stopped in when passing through town.

While the CMC is a major source of civic pride, it has and continues to serve as a place that brings people together. Attend any concert, and you’ll notice music can have a unifying effect. Watch a group of musicians work together and you’ll notice that race doesn’t matter as much as ability and creativity.

Yes, the CMC was founded by and as a place for Black music, but it has also welcomed people regardless of the color of their skin. With congregating made more difficult than ever, it seems appropriate this Black History Month to remember that different people from different backgrounds can come together in ways that feel natural and positive.

The CMC currently doesn’t have any live events scheduled, but you can still engage with the club through many videos and virtual tours. The CMC has also been staging virtual performances throughout the pandemic. Keep an eye on its Facebook page to make sure you don’t miss out on the next one.

If you’re interested in diving deeper into the history of The Colored Musicians Club of Buffalo, we recommend visiting the CMC Museum. Located in the same building, the museum is a vibrant and engaging space for all ages.

The museum is open Thursday – Sunday from 11am – 4pm as well as scheduled appointments or group visits. Tickets are just $10 for adults with discounted tickets available for children, senior citizens, teachers and military.

The Colored Musicians Club of Buffalo

Brett Llenos Smith is a freelance writer based in Buffalo’s Allentown neighborhood who has been covering local food and culture for the Step Out Buffalo over the past six years. As someone with a multi-ethnic background, he has a passion for exploring and understand the many diverse corners of Western New York.
Find More ➭ Black History, Historic Buffalo, Juneteenth 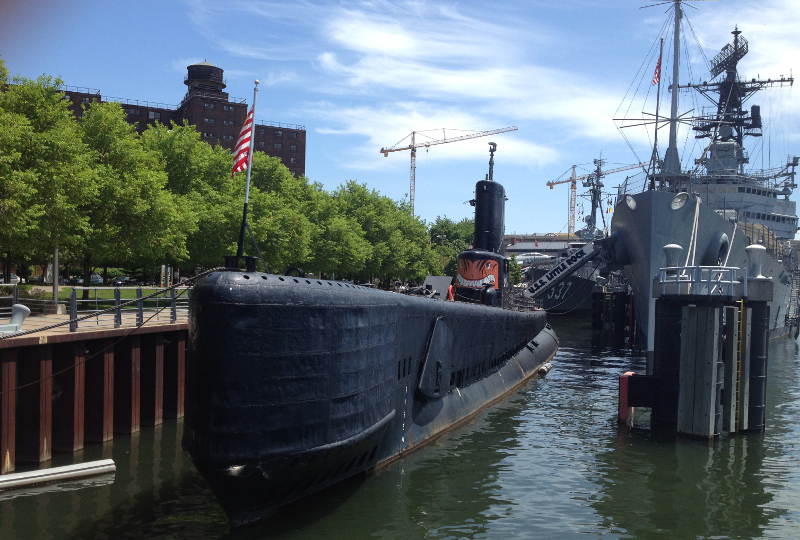