Upon arrival at Giacobbi’s Cucina Citta brunch on the corner of Allen and Franklin, you’re greeted with a cozy bar area, a casual high-top dining area off the bar, and a more formal, sit-down dining area if you travel a few steps further. You might not even know from the outside, but if you’re passing by at the right time during football season, you’ll certainly hear the murmurs or applauses of the ever-loyal Bills fans watching the game on one of their strategically-placed televisions, perfect for Sunday NFL viewing or watching a Sabres game. 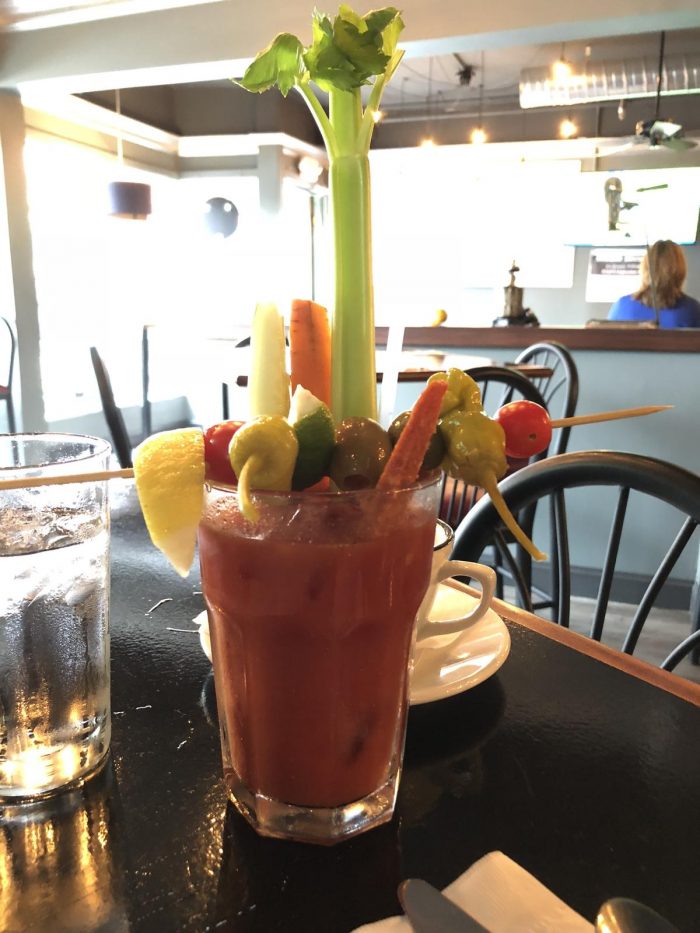 Choose your seat, order your spot in line at the bloody mary bar and start figuring out what you’re going to order from their plentiful brunch menu. My suggestion? Go to this brunch with a group of four or more, you’re going to want all of it!

I’m not sure what everyone else prefers when it comes to the choices they’re presented with on a brunch menu, but I’m all about the carbs, and Giacobbi’s does not disappoint in that arena. Skimming over the menu, you can find at least six variations of bread – pizza, grilled baguette, grilled panini bread, toasted ciabatta, english muffin, hoagie roll – and this is before you even hit the pasta section or glaze over the Italian nachos. 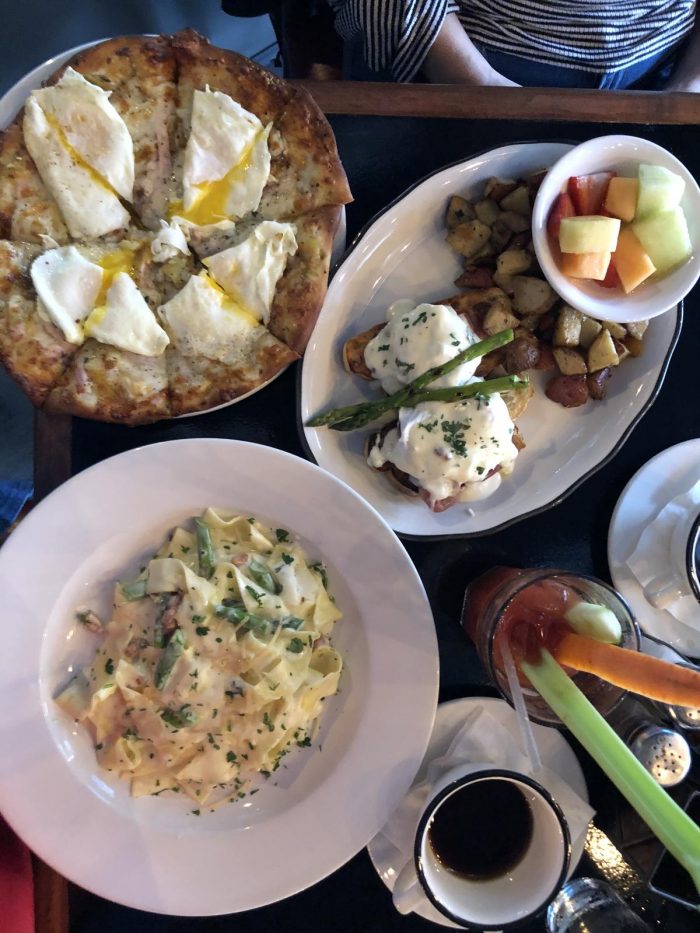 What are Italian nachos, you ask? Giacobbi’s takes seasoned Italian sausage, olives, palermo peppers, and marinara sauce, distributes it over FRIED PASTA TRIANGLES, and melts mozzarella cheese over it. YEP. Despite some doubt (bc mexican nachos), we dove in, and they were totally delicious! I guess that’s proof that you really can’t mess something up that starts out with the words “fried” and “pasta.” 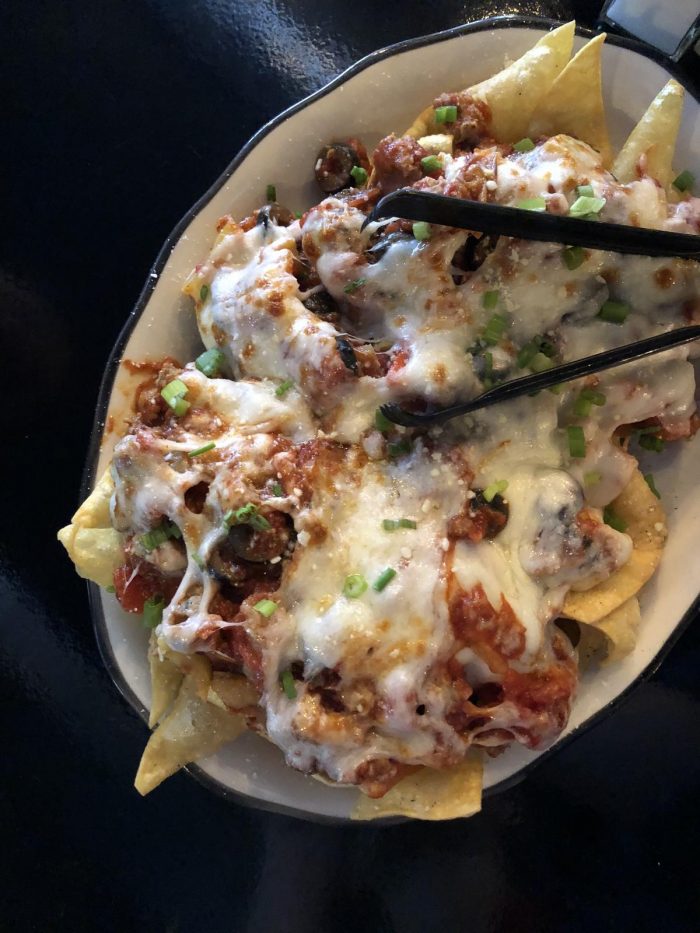 The brunch menu is split up into five sections: signature, salads, eggs, crepes and pasta. Signature brunch items include giambotta, hot or mild breakfast pizza, smoked salmon bruschetta, and a brunch panini. We chose the hot breakfast pizza from this category, topped w/ garlic sauce, mozzarella, peameal bacon, palermo peppers, over-easy eggs, and parmesan. The crust was my favorite part of the pizza, and the toppings were just right. I could’ve used a bit more heat but I am told I have a high spice tolerance. 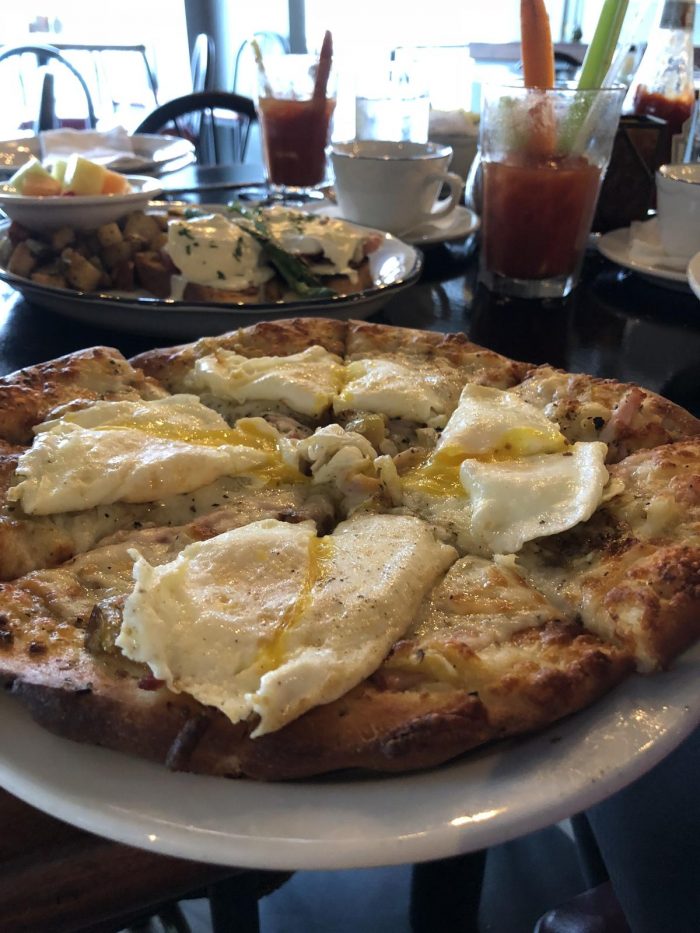 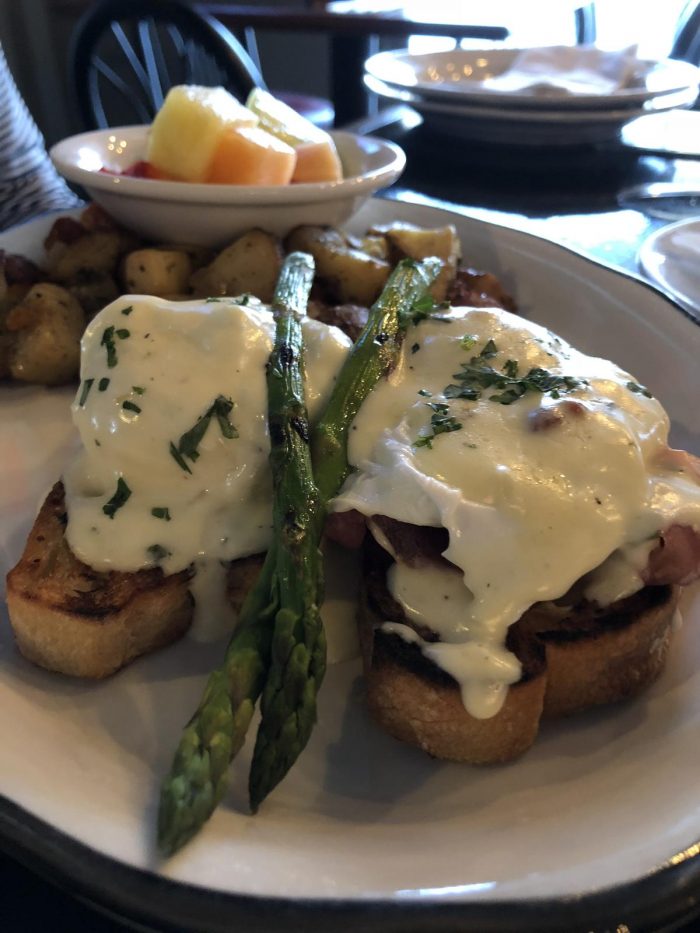 Looking back on this meal, I guess we were really feeling the whole pig and parmesan combo, because the third entree we chose was the pappardelle, w/ wide egg noodles, crispy pancetta, asparagus and parmesan cream. This was my favorite dish of the four we ordered, but honestly, I blame pasta. And butter. And cream. And pancetta. 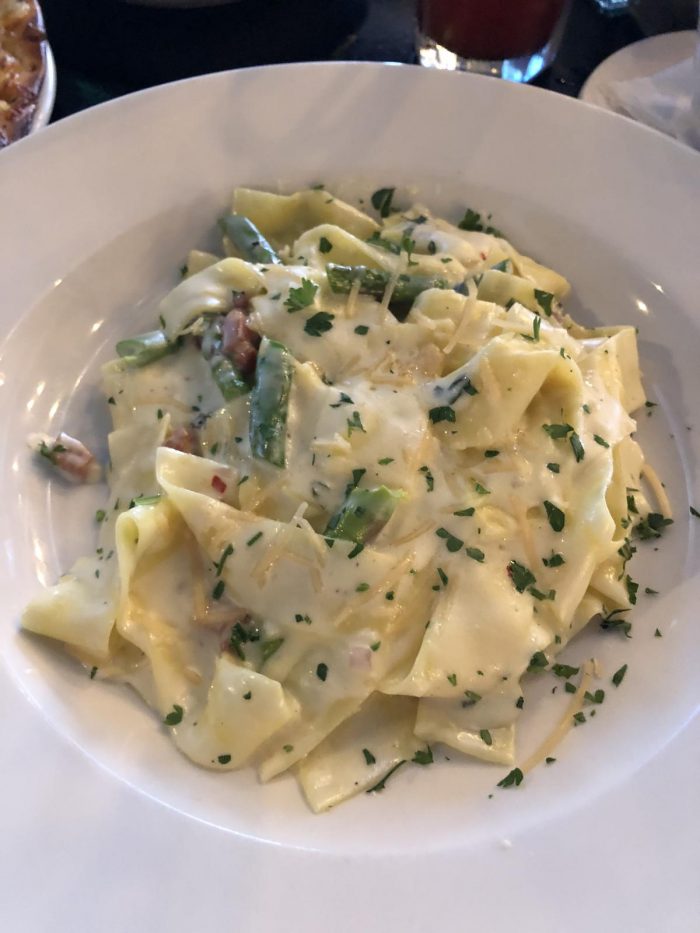 Thick season is in full swing, and if you’re looking for a most delicious brunch to get some extra meat on those bones before it’s under 10 degrees for four months straight, I encourage you to check out Giacobbi’s!

Brunch Hours: Sundays at 11am