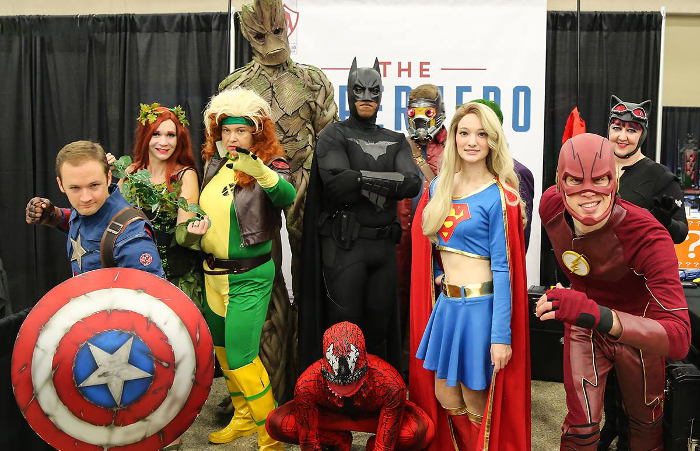 Back and bigger than ever for a second year is Nickel City Con, “Buffalo’s premier comic and pop culture convention”, for a weekend-long affair at the Buffalo Niagara Convention Center.
From Friday, May 19th to Sunday. May 21st, the world’s greatest Super Heroes, movie and television characters (villains are people too, guys!), and some of your favorite pop culture celebs will be in one place – and believe it or not, that place is Downtown Buffalo.
Our world and the world of fantasy will collide Nickel City Con, Buffalo’s largest Pop Culture and Comic Book Convention where the founders will bring some pretty huge names (do the names William Shatner and Joe Montana mean anything to you?) in the entertainment industry right here to your own backyard to interact with and see up close.

NCC will offer con favorites from photo opportunities to fan panels where you’ll get the chance to hear the stars open up about what it’s really like to make some of the greatest movies, tv shows and comics of all time.
If you’re a fan boy / girl, NCC is where you need to be May 19 – 21, 2017.

What to expect:
At Nickel City Con, basically, you’ll spend a few hours, a day, or an entire weekend (you do you) immersing yourself in the worlds of Sci-Fi, Comics, Video Games, Cos-Play, and Collecting. Picture the variety of ways you may entertain yourself on a daily basis – this is that – but better, way better. Sounds like fun, doesn’t it?
On top of all that, you’ll experience hundreds of cosplayers roaming the floor – think Spider-Man, Captain America, Wonder Woman, and dare I say….. Darth Vader.
In addition, celebs will be available for photo’s, autographs, and interactive Q&A panels including National and local Comic artists, creators, and vendors offering everything from original artworks, to vintage toys, and one-of-a-kind collectibles.

At the top of the must-see celeb list are William Shatner on Saturday and Joe Montana on Sunday followed by Manu Bennett, Dwight Clark, Sam Jones, Nichelle Nichols, and much more. See the full lineup here!
NCC is a family and fan-oriented event with tons of activities, programs, and contests for every age and interest. Oh, and did we mention kids 10 and under are free?
For more info on Nickel City Con visit nickelcitycon.com and check out their Facebook Event Page.