The Goos Are Playing an Acoustic Concert at 716 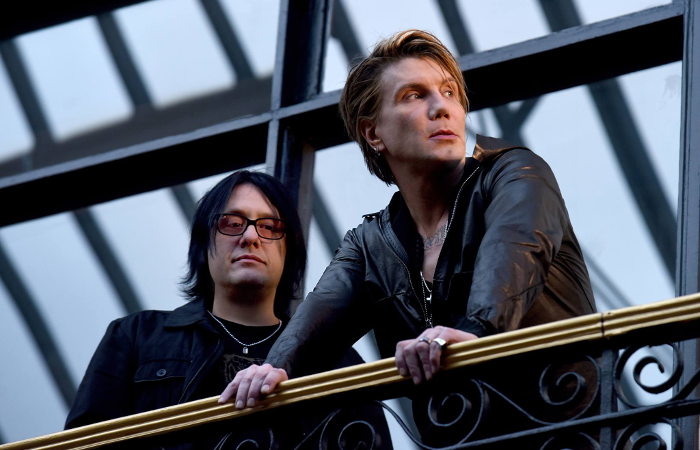 The Goo Goo Dolls will play a private concert on the second floor at (716) Food and Sport on Monday, May 9 at 3:00 p.m. The small, intimate gathering is presented by STAR 102.5, exclusively for on-air contest winners.
“In addition to the numerous sporting events at (716), we have recently begun hosting some special concert events, together with STAR 102.5,” said Dominic Verni, HARBORCENTER’s vice president of food and beverage. “These one-of-a-kind gatherings give STAR listeners a chance to interact with famous musical acts in an intimate setting at (716). We were pleased to host Rob Thomas last September and are thrilled to continue the series with Buffalo’s own Goo Goo Dolls!”
The multi-platinum, Grammy-nominated Goo Goo Dolls will play a private set for a small audience of STAR contest winners, followed by a question-and-answer period on (716)’s second floor. The first floor of (716) Food and Sport will continue normal business operation, where guests will be able to hear the concert over the restaurant’s in-house audio system. Guests are invited to make reservations for first floor tables online at 716FoodandSport.com.
The Goo Goo Dolls are one of the most globally respected and influential forces in popular music, selling more than 10 million albums since 1986. They have scored 14 Top 10 radio hits (more than any other artist in the history of the Hot AC format), including “Name,” “Slide,” and “Iris,” the latter spending nearly 12 straight months on the Billboard charts and holding the No. 1 position for 17 consecutive weeks. The band has toured the globe countless times, performed in front of millions of fans, received numerous awards (including four Grammy nominations), and recorded and released ten studio albums, including their latest, Magnetic, which debuted at No. 8 on the Billboard Top 200 chart and at No. 2 on the Top Rock Albums chart, propelled by the single “Come To Me” — the fastest-growing single in the Goos’ history. Vocalist-guitarist John Rzeznik has also been honored with the Songwriters Hall of Fame Hal David Starlight Award.