Guide to Free Concerts This Summer in WNY 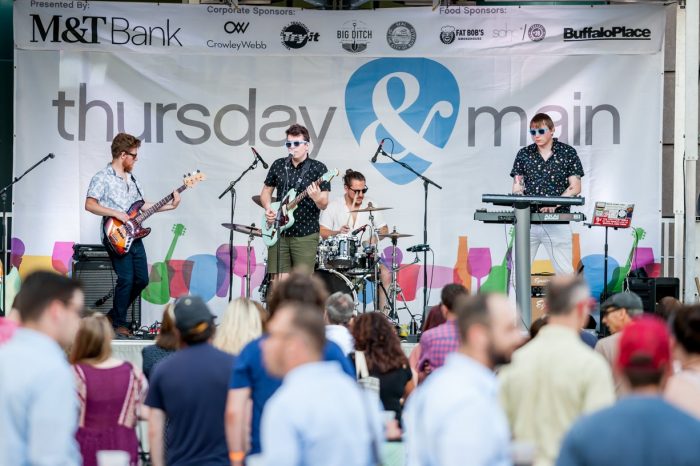 All a good summer night in WNY needs is some live music. And what’s better than live music? FREE live music. We’ve got some killer free summer concert series going on weekly all summer long. Here’s an ultimate list of free outdoor concerts in and around the Buff, sorted by region (yw). Grab some friends, a lawn chair, and some cash for the beer tent – we promise it’ll be a good time.

Did we miss one? Email us at editorial@stepoutbuffalo.com! 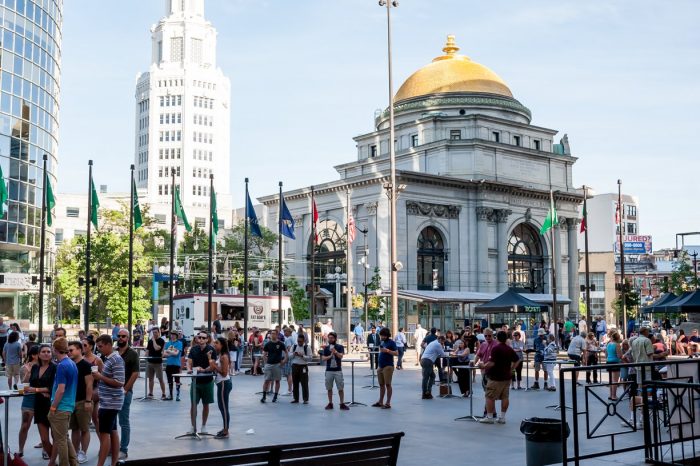 FYI: Not only do you get to enjoy free live music, but also happy hour featuring all things local, including restaurants, Big Ditch Brewing Company, and Labatt Blue beer.

FYI: They’re celebrating their 50th (!!) season this year (we’re told it’s the longest running free concert series in the country🤷‍♀️), so you know it’s legit. You can also expect your fav food trucks to be on-site everyday.

When: 5 pm on various nights through August 30 (Lineup Schedule)

FYI: *Disclaimer: This one isn’t actually free- GA tickets are $5, and can be purchased on Eventbrite.com OR any Consumers Beverages (includes 1 free drink voucher!). Check out the website to see the show dates and lineup!

FYI: No outside food or drink is allowed, but plenty will be available for purchase! Gates open @ 5pm.

FYI: Bring a chair, cooler & your dancing shoes for some of the greatest blues around!

FYI: Bc what’s better than free music and food trucks galore?! There will also be a small farmer’s market and some other vendors!

Thursdays on the Water

FYI: Featuring local food vendors and a beer and wine tent! Bring lawn chairs and blankets! At 6:30pm, a local WNY artist will open, and the headliner will go on at 8pm.

FYI: Bring blankets and lawn chairs! If it rains, the concerts will take place at the Lions Pavilion, located next to the Cultural Center.

FYI: The refreshment stand opens at 6:30 pm. If it rains, the event will be moved to the OP Middle School aud!

Music on the Pier

FYI: Why not enjoy a free concert right on the gorgeous waterfront?! Check out the website for the lineup with different genres each week! Food is available for purchase.

FYI: Bring some friends, snacks and lawn chairs for a free show! The rain location will be the Community Room.

FYI: Arrive early to check out the West Seneca Farmers Market and grab some goodies! In the event of rain, all concerts will be moved to the West Seneca Senior Center, 4620 Seneca Street.

Did we miss one? Email us at editorial@stepoutbuffalo.com!