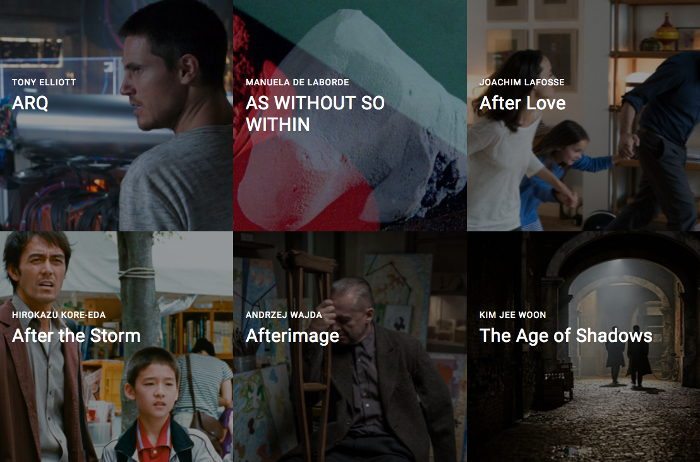 Everything you need to know about the #TIFF16

Two winters ago, I was bundled up in a blanket scarf on the streets of Berlin just before Berlinale – the Berlin International Film Festival – began. Uncoincidentally, you could say, I was there for a short journalism study abroad program and most of us, at one point or another, did some light reporting on Berlinale.
Like, as in, I got to tag-team interview an older man who was a lead distributor for Amadeus.
But this September, none of us need to hop a plane across the Atlantic to experience the raw, fresh cinematic power and energy that imbues a city during film festivals. Our neighbor to the north, Toronto, Ontario, hosts one of the most renowned and influential film festivals in the world. This year’s festival runs from September 8 to September 18.
The Toronto International Film Festival (TIFF) began in 1976 as a “festival of festivals,” by showing films from other festivals. Today, filmmakers use the festival as a platform to both launch their careers and their new work. From veteran directors like Kiyoshi Kurosawa to the directorial debut of Ewan McGregor, TIFF embraces them all.
And it’s only an hour and a half drive from Buffalo.
StepOut Buffalo – as our name would imply – typically focuses solely on events in Buffalo and Western New York, but with such an important festival less than two hours away, how could we not offer you this guide to attending film screenings and getting the most out of your day trip?

You buy one ticket, per person, per screening. You may buy in person at the venue or box office, or online – make sure you’re ordering only from a Ticketmaster of TIFF website. Don’t trust scalpers.
Important note – and cool for all us hip, young things – youth tickets cover ages 25 and under.  These tickets start at $20. Regular adult tickets begin at $25.
Premium tickets – which begin at $49 for adults – give you access to experiences like a red-carpet screening, World or North American premieres, and question and answer sessions.
If you’re into winging it, then Rush tickets are for you. Prior to a screening, a Rush lineup will be set up at the venue. These tickets will be sold 10 minutes before the screening and are based on availability. However, you aren’t saving a whole lot of money with this strategy – Rush tickets still cost $20. Cash only.
If you’re looking to spend as little money as possible, check out free events. It is very important to note, however, that free events are ticketed. You can grab your ticket at the venue 2 hours before the screening. These events include the films in the TIFF Cinematheque program and the Grolsch People’s Choice Award screening. Wavelengths Installations are free and are not ticketed.
tiff.net/tickets

Choosing What to See

Full list of films
There are over 450 films at this year’s TIFF, which means you’ve got some decidin’ to do.
TIFF’s website can be initially overwhelming – imagine me, trying to sort through and distill everything for you one night! – but with a little finesse, you can find what works for you.
The website allows you to search directly for what you’re interested in. Know of a director you love? Search their name.
For anyone with a particular interest in a country, you can filter for those. You can also apply filters for the program, like Midnight Madness, Special Events, or TIFF Cinematheque (free events). Or, use the “Interests” drop-down menu to sort through genres, themes, or social issues.
In the top right hand corner of the site, you can also look at the Daily List or Daily Grid. I personally prefer the Daily List. It allows you to scroll across the top for the date you plan to go, and gives you concise information about when, where, and what is showing as well as indicating which films are free.
If you take the route of picking a film first, then planning your day, each film’s site in the TIFF grand website will show you the days and times the film is showing. Make sure you notice which days or times are exclusively for Press and Industry screenings – it will be indicated with an orange circle symbol.
People and Rolling Stone both have useful guides for what they’ve deemed the most anticipated, interesting, exciting, worthwhile films of the festival: People’s Guide and Rolling Stone’s Guide.
Personally, I’m interested in Ewan McGregor’s directorial debut in American Pastrol, a film based on the work of novelist Phillip Roth and Ana Lily Amirpour’s The Bad Batch. Amirpour was the creative master behind A Girl Walks Home Alone at Night. Her newest film is described as “a girl walks across a cannibal-infested desert at midday.” I’m so down. There’s also a new take on The Blair Witch Project with Adam Wingard’s Blair Witch; an experimental and poetic film by Anocha Suwichakornpong, By the Time it Gets Dark, which delicately weaves together the narratives of multiple people in Thailand; and a promising family-friendly film by Nicole van Kilsdonk, The Day My Father Became a Bush, based on the novel of the same name by Joke van Leeuwen.
I mean, there’s a ton more. Like, a few hundred more.

The city will certainly be bustling during the film festival, but if you can, check out some other major attractions as well as understated gems using these resources.
toronto.ca / toronto.com / tripadvisor.com / travel.usnews.com