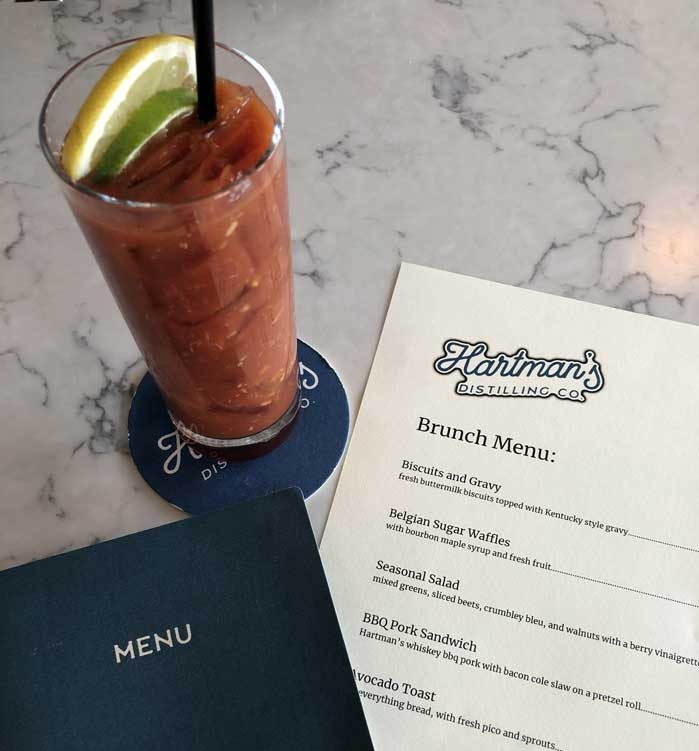 I’ve had the pleasure of visiting Hartman’s Distilling Co. several times since their grand opening on December 14. The space instantly drew me in. I’m typically into the more divey feel, but there’s something that’s still very inviting about Hartman’s sleek, modern digs.

Amongst other things, I think it’s important to point out that the demeanor of the bartenders can completely transform the feel of a bar. I’ve spent a lot of time working and playing in bars, so as a person that’s infatuated with psychology, it’s something I pay a lot of attention to, and Hartman’s has nailed it with their laidback, non-intrusive, friendly staff. 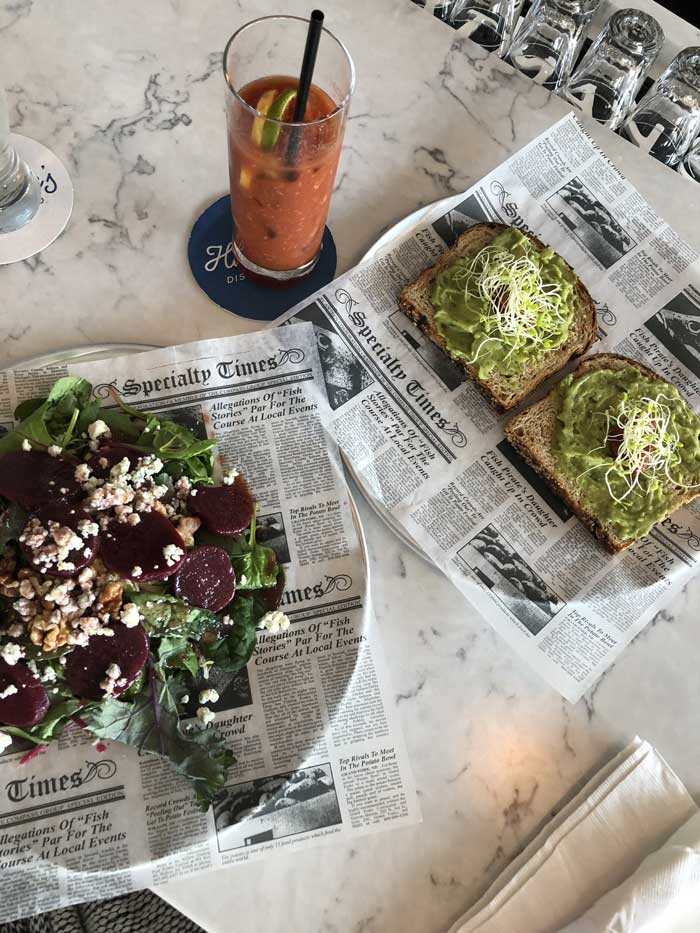 Anyway, this is about the brunch, so I’ll shut up about the nerdy psych stuff. I headed into Hartman’s for brunch on a Saturday afternoon to take a break from Christmas shopping and to grab a quick bite. “Start me off with your finest virgin bloody,” I said. And a delightful bloody it was. Warning – you MUST like horseradish to indulge in this bloody. I didn’t forgo alcohol entirely – Bartender Tony Granica gave me a side-by-side taste test of the Hartman’s newly-bottled vodka vs. Tito’s, and guys – all I have to say is: Get. Over. Tito’s. 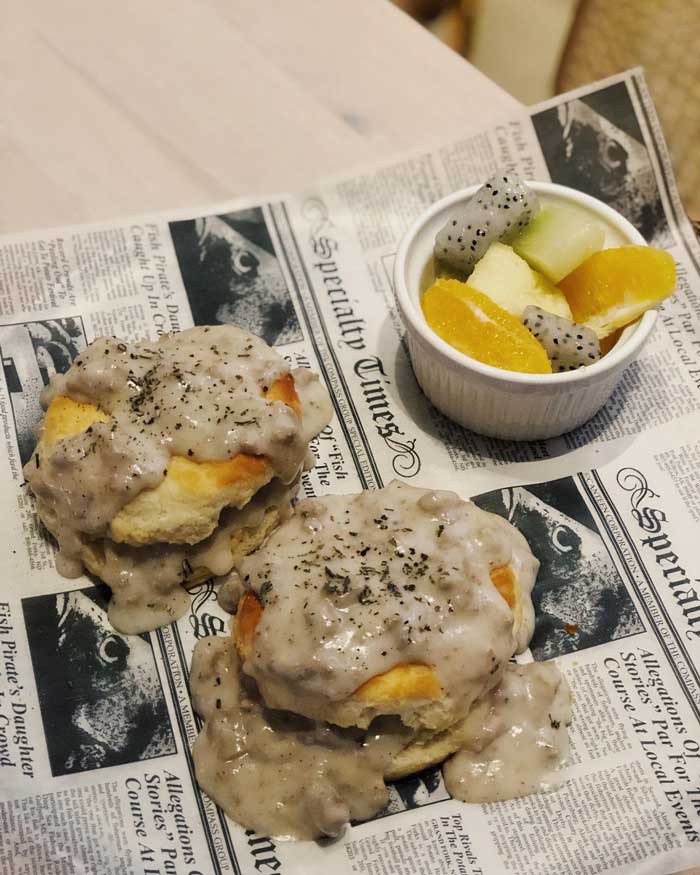 The brunch menu is short and sweet, consisting of five items: biscuits and gravy, Belgian sugar waffles, seasonal salad, BBQ pork sandwich, and avocado toast. For once in my life, I felt the need to lean toward the lighter items and went with the salad and avocado toast. Alas, holiday shopping mustn’t be weighed down. 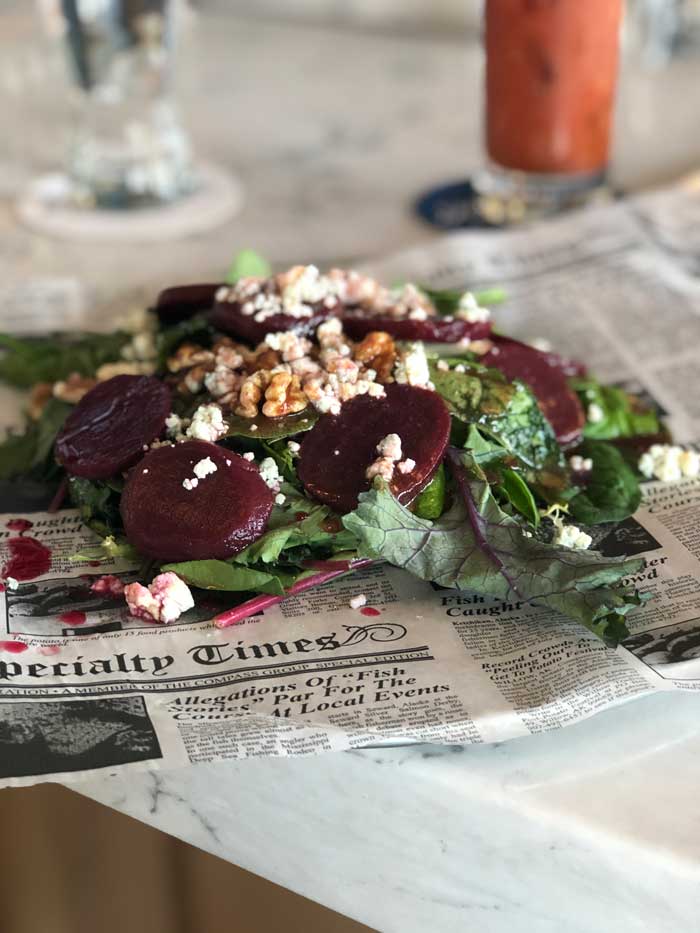 The seasonal salad on this particular date consisted of mixed greens, sliced beets, crumbly blue cheese, and walnuts with a berry vinaigrette. It was very fresh and dressed perfectly – not too much, not too little – and the distribution of toppings was also ideal. The size was also fitting and probably would’ve been enough for a normal person’s meal, but I was happy that I also indulged in the avocado toast. 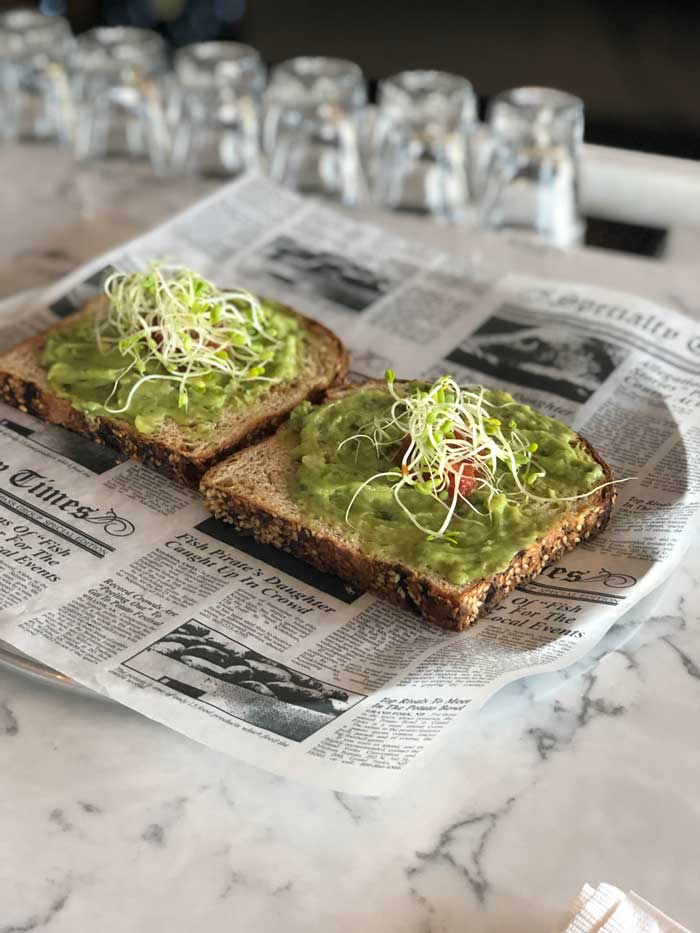 At first sight, I feared that there wasn’t enough avocado spread on the bread, but I ended up really loving the dish as a whole once I spread the pico and sprouts out so that each bite contained a little of all three toppings. Crunchy bread, creamy avocado, tangy pico, and crisp sprouts. It was truly a little party for my mouth, and I’m honestly wishing I was eating it again right now!

Anyway, you should definitely visit Hartman’s for a relaxed vibe and a tasty brunch. I 10/10 will go back to Hartman’s brunch to try out the more indulgent items, because, I mean – look at those pictures!

Patio: No (at least not yet)