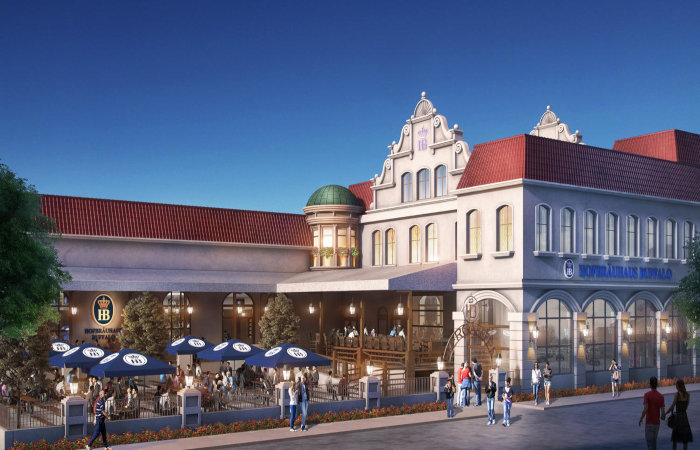 This article was originally published in June 2019. There have been no official announcements or updates since. As soon as we have more information we will share it on our website!

After a number of false starts and setbacks, HofBrauHaus Buffalo, an authentic German beer hall located at 190 Scott Street inside the former Upstate Milk building, has announced that they plan to open this August. The brewery revealed that after ‘clearing a major financial hurdle,’ their remaining brewing equipment will arrive from Bavaria in about 8 weeks and that construction will resume in the meantime. “It is with a confidence tempered by the patience and prudence learned over the last year that we officially announce: Hofbrauhaus Buffalo will be opening in August 2019!” They will be hiring new staff soon.