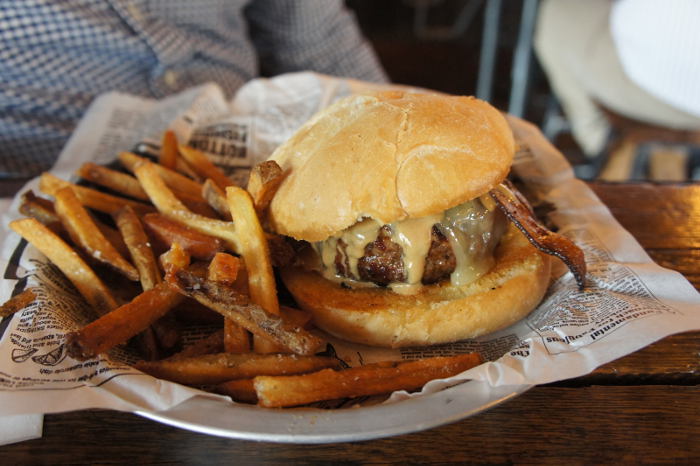 With just about any Quentin Tarantino film, you know you’re in for blood, guts, and nearly petrifying scenes of sudden comedy. The famed director’s most recent film, The Hateful Eight, is sure to have the wit and violence we’ve come to know and love (and probably, sort of, kind of hate).

The New York Times writes, “Mr. Tarantino’s western tale of vengeance settles outlaws and bounty hunters around the fire to char – until it’s time to start killing one another.”

Simply put, a bounty hunter and his female captive are on the road when they find themselves caught in a blizzard. A haphazard group of dangerous and disreputable characters are holed up together in the unforgiving Wyoming storm and may not make it out in the functioning bodies they came in with.

Although Buffalo hasn’t yet been hit by a real winter, this film promises to make you darn cold. A winter storm in the tundra of the Wyoming landscape has got to be just as bad as a Buffalo blizzard, right?

To warm up after the movie, head to the unabashedly hip and cool Allen Burger Venture (one of our Best New Restaurants of 2015) for burgers, bourbon, and beer.

You probably have already heard friends’ ravings about their more unconventional meals, like the burger with peanut butter or a chick pea burger topped with yogurt, but for more traditional dates, you can just as easily turn to classic poutine, an apple walnut salad, or the basic-sounding, yet delicious number Four burger.

Some hearty American-style meat will definitely be welcome after you or your date hurl your cookies watching Tarantino’s newest twist on good, ole’ fashioned, Western violence.