Warm Up This Week with the Perfect Dinner + a Movie Date 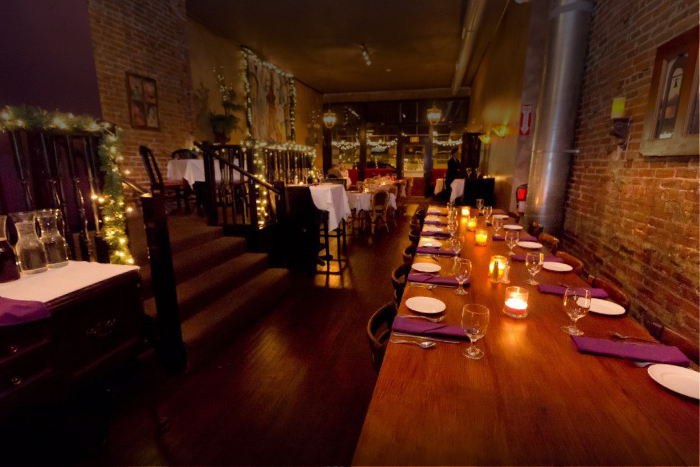 Movie: How to Steal a Million

After being inundated with the intellectual romance films of late, like The Danish Girl and Carol, a return to a classic, simple rom-com might be more welcome than you’d think.

My personal favorite family-owned theater in Buffalo, The Screening Room, is celebrating the 50th anniversary of the magnificent Audrey Hepburn and Peter O’Toole in How to Steal a Million. The film was released in 1966 so it certainly breaks no ground with society’s views of sexuality or gender, but it sure is fun. Hepburn, often the sly troublemaker, must help her father conceal his art forgeries by stealing a statue from a Parisian museum.

Plus, if you go to see How to Steal a Million on Saturday, Jan. 16, you should arrive early – at 5 p.m. – to catch Buffalo’s first-ever run of Elvis Costello: Detour Live at Liverpool Philharmonic Hall.

If you’re going to steal in Paris, you better eat like it, too.

Coco, a dimly lit French-esque bistro on Main St., will whisk you and your date to the City of Love.

Since The Screening Room is a steal compared to most theaters, you might have a little more wiggle room when it comes to the dinner menu. Coco is a bit pricey, but those Portuguese moules (mussles) are calling my name. Or, split a pizza for about $15. And we all have that one friend who only orders salads, and Coco’s got you covered with a French Country salad or a fresh Pear Chicken salad.

Keep in mind: like the French do it, dinner at Coco should not be a quick affair. Stay put after you finish your meal and linger at the bar with a glass of red or a really fresh cocktail.

This weekend is the weekend for some serious movie time as the blizzards begin to hit. In addition to How to Steal a Million at The Screening Room, North Tonawanda’s Riviera Theatre is hosting the 8th Annual Big Lebowski Event.
The Riviera Theatre has put together an entire Saturday night of booze, laughter, and “The Dude.” For $22, you get access to the comedy show from 7 to 8 p.m., then the movie at 8 p.m., and two hours of bowling at Classic Lanes right after the film. Go even earlier, and you can grab White Russians, beer and wine before the shebang at 6:30 p.m. But if you just want to see the movie and the comedy show, tickets will run you just $14. Get more info on the event here!