John Mellencamp, 10,000 Maniacs and Rival Sons Ring in the Month of May 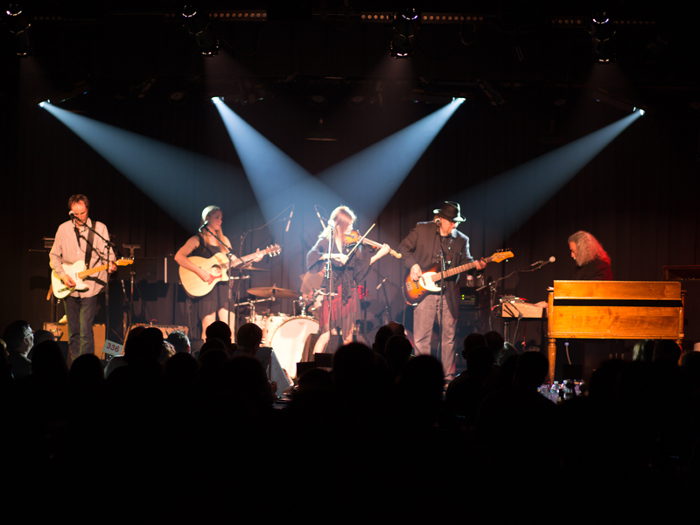 With the month of May finally upon us, concert season is now officially in full bloom. This week has a few flowers to pick from, particularly for fans of classic rock, or rock that just sounds classic! Here’s a look at the live music the city of Buffalo has to offer.

To paraphrase Ben Wyatt from the television show “Parks and Recreation:” “I hope that Iron Works is big enough, because they’re bringing 10,000 Maniacs!” This Friday, the venue will host the return of the Jamestown natives. The 10,000 Maniacs just released their ninth studio album, “Twice Told Tales,” so fans are likely to hear quite a few tracks from that particular release. The album marks the return of the band’s original guitar player, John Lombardo, who had taken a break from the band to focus on other projects, including the group John and Mary.

Lombardo isn’t the only member of the 10,000 Maniacs to serve nonconsecutive terms with the band. Since their inception, the group has seen quite a bit of upheaval. Lead singer Natalie Merchant departed years ago to launch her own solo career, and there have been several other members that have came and went since. That hasn’t stopped the band from touring and recording new music, however. Thankfully, the core band still maintains a majority of members from the group’s heyday. Despite the many roster changes, the group’s current lineup still has a sound that fans will immediately find recognizable. This can be seen on newer tracks like “Carrickfergus,” which perfectly channels the band’s earlier works.

Recommended listening: “Because the Night,” “Carrickfergus,” “You Happy Puppet.”

While the 10,000 Maniacs have been together for over 30 years, Town Ballroom will house a much more recent group that same evening. The Rival Sons may not have been around for very long, but they certainly sound like a band with staying power. If you’re a fan of groups like the White Stripes and the Black Keys, you might want to take a listen. Like those aforementioned bands, the Rival Sons blend blues and classic rock with a newer, younger sound. The group has drawn comparisons with classic rock bands such as Led Zeppelin and The Doors, but you can also hear a hint of Van Halen, as well. It’s only fitting considering that they’ve opened for Sammy Hagar in the past.

The Rival Sons formed in Long Beach, California in 2009. Lead singer Jay Buchanan had never been in a rock band before, having previously focused on blues singing. As a result, he initially saw the band as nothing more than a side project, but strong reaction to the group’s debut album “Before the Fire” convinced him otherwise. Despite the fact that the band has only existed for a few years, their discography already has an impressive size. The band’s latest album is 2014’s “Great Western Valkyrie,” the fourth from the group so far.

Rival Sons will perform at Town Ballroom on Friday May 8.

There are few musicians that have found as much mainstream success as John Mellencamp. The rocker currently holds the record for the most number one hits by a solo artist on the Hot Mainstream Rock Tracks Chart at an astounding 22 songs. Looking at his output, it’s easy to see why. Whether he’s calling himself “Cougar” or not, Mellencamp’s folk rock style has always been endearing to say the least. His most famous tracks, like “Jack and Diane” and “R.O.C.K. in the USA,” are notoriously catchy.

While those number one hits are likely going to be the highlight for most fans in attendance, Mellencamp is currently on tour promoting his latest album. Released this past fall, “Plain Spoken” is the 22nd album in his near 40-year career. The lead single “Troubled Man” is a song you’re likely to hear Saturday night. Mellencamp’s recent divorce from Elain Irwin, his wife of 18 years, provides some of the fodder for the new album, particularly on the excellent “Tears in Vain.” Mellencamp himself is certainly the night’s main draw, but watching and hearing his band play these tracks live is also a highlight. Mellencamp has assembled a strong group of musicians, including long-time guitar player Mike Wanchic, and Troye Kinnett, whose accordion on “Tears in Vain” really helps to set the song’s tone.

These three shows are just a hint of what the city of Buffalo has in store this week. Other big concerts for the first full week of May include Seether (recommended listening: “Broken”) and Blue October (recommended listening: “Hate Me”). There are also plenty of shows in the area featuring local talent, and that number promises to expand as bar patios start to open up thanks to the warmer weather. Speaking of patios, you can find local acts playing all around Elmwood Village on Saturday May 9 during Buffalo Porchfest. Be sure to take a look at what else is out there!