Kiss the Summer Hello with This Week’s SOB Music Picks 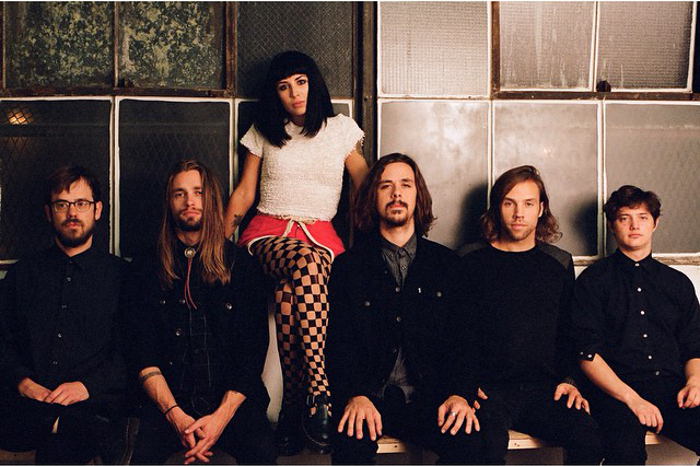 With so many people focused on the long Memorial Day weekend and the promise of fewer days at the office, the number of concerts in the Buffalo area is a bit sparse this week. Luckily, we’ve still been able to find a handful of strong recommendations, including some pop music titans, and a newer group with a lot of potential!

Jessica Hernandez and the Deltas @ Babeville

Jessica Hernandez and the Deltas kick off this week’s picks. Hailing from Detroit, the group’s dark soul rock sound has started to build them a fan following that includes the recently retired David Letterman. Hernandez’s soulful singing can sound evocative of Adele on tracks like “Caught Up” and “No Place Left to Hide,” but switch to something a lot faster the next, like on their cover of Le Tigre’s “Deceptacon.”

The debut album for Jessica Hernandez and the Deltas is 2014’s “Secret Evil.” The album draws inspiration from a multitude of genres, including funk, goth and jazz. Somehow, the band manages to tie such disparate genres together seamlessly, creating a sound that’s unlike much else out there. It’s a very strong debut album, and it gives a sense that the band’s best days are yet to come. Babeville is a rather small venue. With their level of talent, Jessica Hernandez and the Deltas will likely end up playing much bigger places in the very near future.

Jessica Hernandez and the Deltas will perform at Babeville on Wednesday May 27.

This week’s biggest crowd draw is easily Kiss the Summer Hello at the Buffalo Canalside. The annual summer concert always features a number of current pop music icons in addition to a handful of up-and-comers. This year will be no different, with acts like Cody Simpson, Cash Cash, Lunchmoney Lewis and R5 in addition to two other fairly large artists.

Jordin Sparks is not only the winner of American Idol’s sixth season, she’s also one of the most successful artists in the show’s history. Sparks was just 17-years-old when she won, making her the youngest winner in the history of the show. Her second single “No Air” gained her a Grammy award nomination, and more than three million downloads, making Sparks the first Idol contestant to ever reach that plateau.

Jordin Sparks’ latest album, “Right Here, Right Now” is set to release this summer. As a result, fans should expect to hear the singles “It Ain’t You,” and “Double Tap,” on Saturday evening. Since the recorded version of “Double Tap” features the rapper 2 Chainz, look for one of the night’s other rappers to possibly lend a hand on that particular track.

Kiss the Summer Hello’s headliner is Flo Rida. The pop rapper’s career began in 2006, finding a strong amount of international attention almost immediately. That can be largely attributed to his debut single “Low.” The track was the longest running number-one single in the US in 2008, quickly becoming a staple on every pop station, in every club and at every wedding since.

The notoriously catchy “Low” put Flo Rida on the map, and his success since has been nothing short of astounding. His music has been downloaded more than 75 million times world wide, with “Low” alone accounting for more than 5 million of those downloads alone. It was also the most downloaded track of the 2000’s decade. That would be impressive enough, but since 2007, the rapper has had 27 singles that have charted, and has appeared as a guest on 24 more tracks that have charted. While undeniably a commercial draw, Flo Rida has found quite a bit of critical success as well. He’s been nominated for several awards, winning the People’s Choice Award for Favorite Hip-Hop song for “Low.”

Flo Rida and Jordin Sparks will perform at Canalside on Saturday May 30.

The Early November @ The Waiting Room

Music fans that would prefer a strong alternative group that same evening should check out The Early November. Formed in New Jersey in 1999, The Early November has been a staple of the alternative/pop punk music scene since their inception. While the group’s musical stylings tend to stay grounded in that genre, the band has also experimented with other sounds, particularly on their second album “The Mother, the Mechanic and the Path.” The three-disc album saw the band attempt to diversify their sound with more acoustic, blues and country music stylings.

The band’s follow-up albums, 2012’s “In Currents” and the band’s latest, “Imbue,” are both a little less experimental. Some fans might prefer the concentrated sound, however. “Imbue” released earlier this month, so fans should expect to see the album receive a heavy focus on Saturday evening, particularly its first single, “Narrow Mouth.”

The Early November will perform at The Waiting Room Saturday May 30.

Recommended listening: “Frayed in Doubt”, “The Smell of This Place,” “Wearing a Tie.”

Next week should expand the selection as the free summer Canalside concert series kicks off on Thursdays! Don’t forget to keep an eye out for strong local talent, as well!