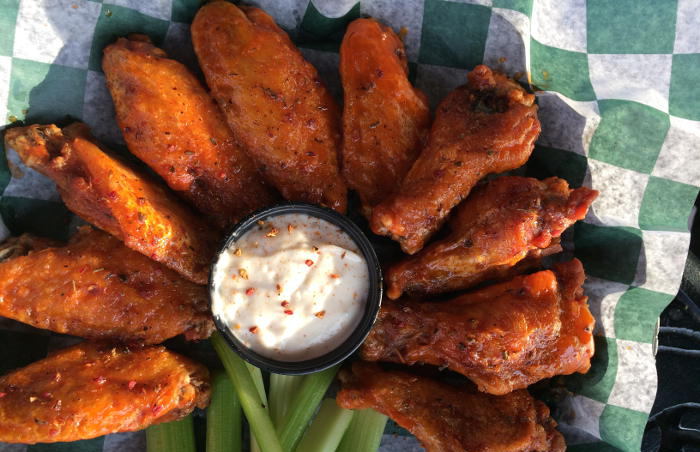 While we’ve all been sitting around these past couple months trying to think of ways we can help the front line workers doing the most during these tough times, someone at Labatt is thinking on their feet. And what they’ve come up with is – give essential workers what they want – and that’s clearly chicken wings. Duh.

In an effort to give back to the community, Labatt recently partnered with 200 bars and restaurants in a campaign to thank essential workers on the front lines by serving 100,000 chicken wings.

The Labatt team began purchasing orders of wings from its bar and restaurant partners (some of Buffalo’s best wing-makers, I might add) two weeks ago to both support the businesses and recognize those on the front lines.

More than 90 chicken wing deliveries have already been donated to hospitals, nursing homes, police and fire stations and more. The program will continue for the next month and include over 200 bars and restaurants as well as over 200 essential work locations.

So far, 27 Buffalo businesses have participated in serving their wings including crowd favorites like Duffs, Bar Bill, Gabriel’s Gate, Blackthorn Restaurant, and many more. See the full list below.