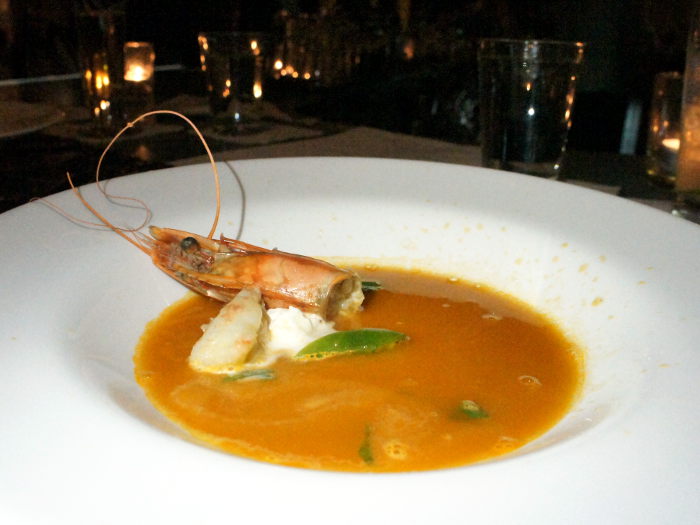 It’s taken a long time for the upscale Mexican restaurant Las Puertas to open its Rhode Island Street doors and that somehow seems appropriate given the long, winding culinary journey of its owner, Victor Parra Gonzalez.
Born and raised in Acapulco, Mexico, Gonzalez said his decision to become a chef initially pushed him away from his family and everything he knew for many years.
“In my country, when I decided to become a chef, it wasn’t quite acceptable,” he told me last spring as I checked on construction at Las Puertas. “It was very much looked at as a taboo. Cooking was for women, and men were supposed to stay out of the kitchen.”

After stops at a culinary school outside of Montreal and the Seneca Niagara Casino, Gonzalez finally opened up his first restaurant – the highly-acclaimed Jaguar at the Bistro.
The Jaguar was only open for a couple of years, and that too was a learning experience for the young chef. His menus were too ambitious, Gonzalez told me, and he had to learn how to tamp down his inclination to cook very progressive food. 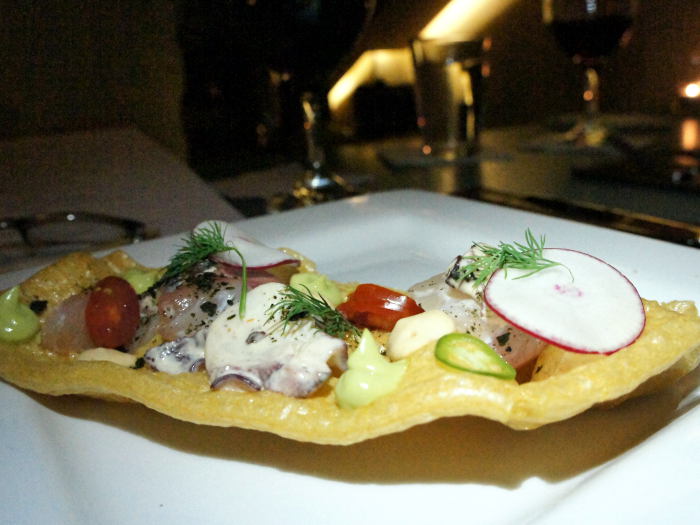 “We went through this really weird period where we pushed out pretty much all our clientele,” he admitted. “It became almost non-existent at some point. That was scary. It was a scary moment for us, when you walk in, open your door and there was nobody coming through. Thankfully, we turned a page and turned it around.”
“We just wanted to give them something that was really ambitious, and now we’ve sort of gotten to know each other after these two years.”
The chef also entered into an ill-fated partnership with fellow Mexican Sergio Mucino to open a restaurant called Masa y Mezcal in the old Dog e Style space. That venture had to become Casa Azul when Mucino was brought up on federal charges for allegedly employing and harboring undocumented workers.

When speaking with me about Casa Azul back in December, Gonzalez told me he was sad to see a fellow countryman find himself in such a situation.
“We had to part ways and that was it. I wish him the best of luck,” Gonzalez said. “For my purposes and what we wanted to do, it had to turn into something else. We have a whole different concept now.”
So, it has been a long journey, and you can see that journey visually manifested the moment you walk into Las Puertas. A pen-and-ink mural behind the restaurant’s bar by local artist Carolyn Perillo shows strength, companionship, prosperity, illness, rebirth and a love of the sea. The mural also reflects family – particularly Gonzalez’s sister and mother, who have been supporting him throughout his Western New York culinary exploits. 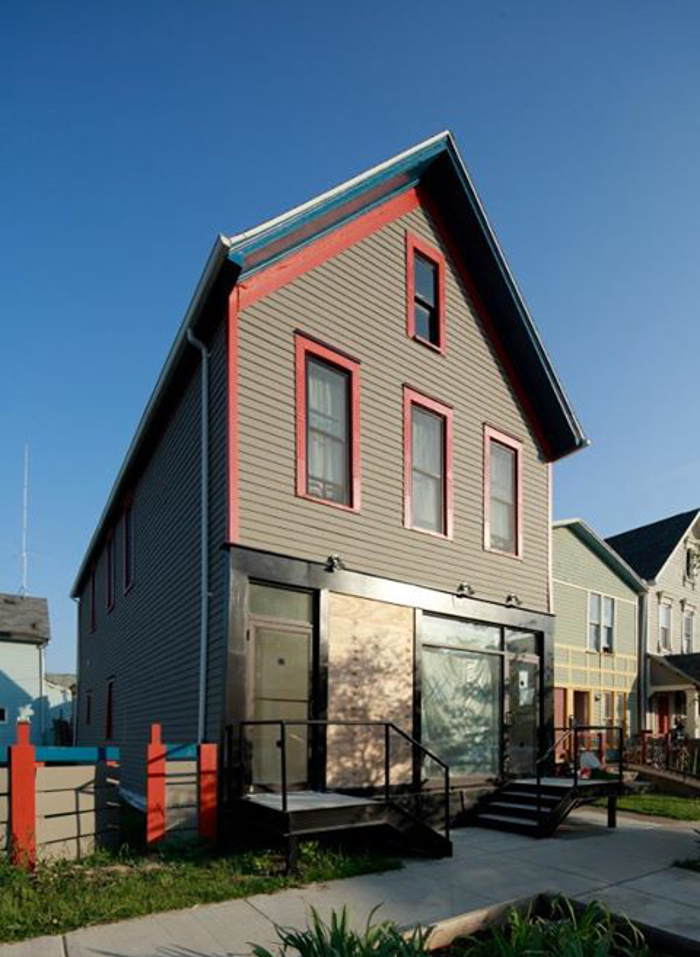 The rest of the décor reflects the food Gonzalez and his team are set to serve: modern, minimalist with bright splashes of primary colors. It’s an intimate space, seating 25 at low-slung tables and another 10 at the bar. Soundproofing in the bench seat that runs the length of the dining room and soundproofing curtains were chosen to keep noise down to acceptable levels. Even the sound system is responsive to crowd noise, turning up and down to compensate for the surrounding noise level. It cost “a fortune,” I was told, but it’s “worth it.”
The menu at Las Puertas has several dishes that will look familiar to fans of contemporary cuisine; however, all of the dishes on the menu have all been run through the unique culinary filter of the restaurant’s owner and head chef.

One highlight is the duck curado, a duck breast cured with avocado leaves for 72 hours to produce a buttery texture, which is served with a charred tomatillo salsa. Gonzalez said if you were to cure the duck breast for longer, it would essentially turn into a kind of duck prosciutto.
Another standout is the bone marrow dish, which takes four days to prepare and is one example of Gonzalez’s French influences. Preparation starts by brining bones to extract the marrow. After the soft center is taken out, it is reconstituted as a pastry-cream and piped back into the bones. The dish is then glazed with beef consommé. 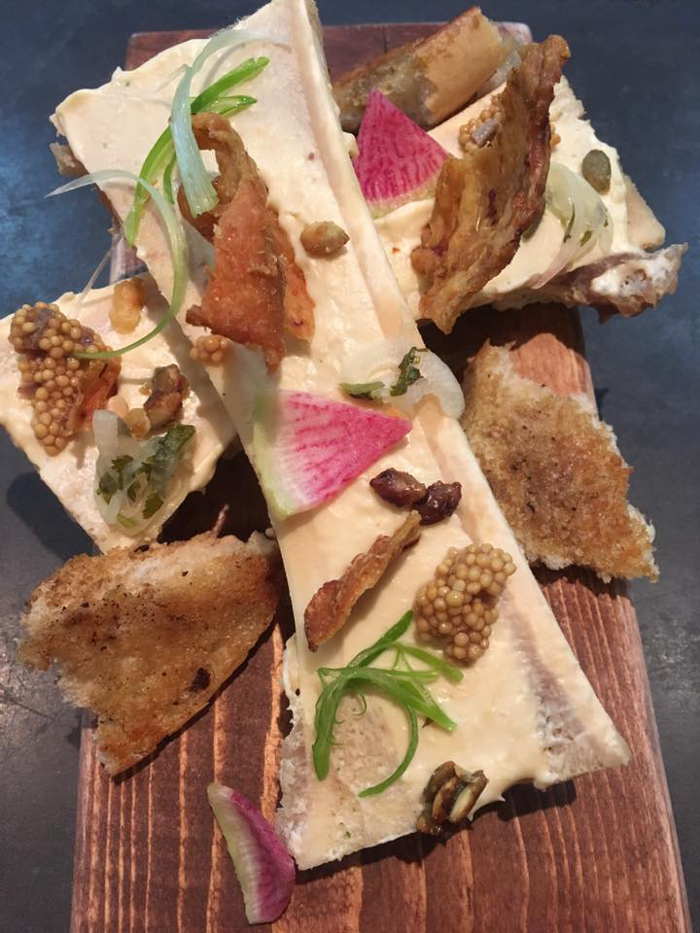 Las Puertas also highlights different regions of Mexico in a few of its dishes. The beef chilmole is a nod to the Yucatan region of the country. The mole verde is influenced by the flavors of central Mexico. The Acapulco ceviche is clearly Gonzalez’s home town on a plate.
The restaurant does not have a liquor license for opening week, but a full bar is planned. With such a small dining space, reservations are highly recommended.
For more info and updates check out their Facebook page.