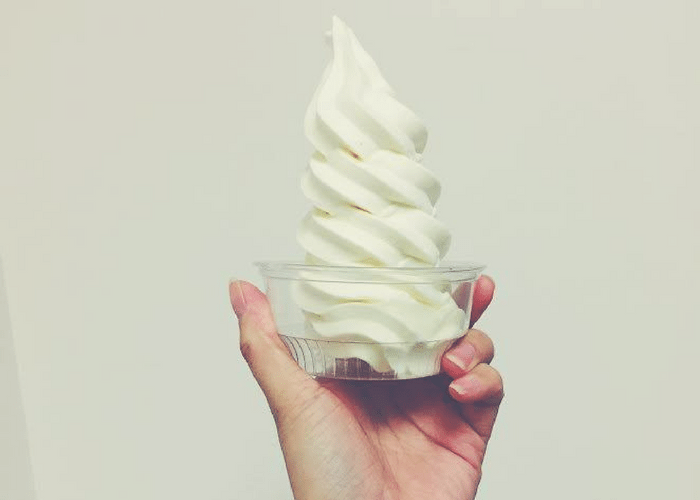 The owners of lloyd Products, which brought several Lloyd Taco Trucks, a brick and mortar Lloyd Taco Factory, and Rocket Sauce to Buffalo, finally announced the secret project they’ve been working on next to their factory location on Hertel. Spoiler: it’s good, really effing good.
The taco experts will open an ice cream shop called Churn at 1501 Hertel Ave., in Buffalo hopefully (!) in spring 2017. This completely new endeavor will act as a sister brand to lloyd. The ice cream itself will be made from scratch, just like lloyd’s food, and feature local, grass fed milk with natural, minimal processing. Now pick your chin up off the ground and get excited people!
We’re told that ice cream flavors will vary, but there will always be vanilla, chocolate, caramel or coffee – all soft serve style. There will also be a dairy-free, vegan option. Cones will be made in house, as well as all toppings and accoutrements, including everything from chocolate chip cookies and brownies to meringues and cinnamon buns. This is actually the stuff dreams are made of, guys. The often elusive lloyd churros might even make an appearance.

“Believe it or not, we’re doing something unheard of with making our own ice cream base,” said Pete Cimino, co-founder of lloyd. “The majority of the ice cream we all eat comes from a commodity base that is premade in a factory somewhere. We love ice cream and want to avoid as much of the nonsense that makes its way into recipes as possible. We’ve been testing batches and are thrilled with the results.”
Running the day to day operations will be  Ann (Panda) Tran, previously Pastry Chef at Williamsville’s Aro Bar de Tapas. Tran, originally from Brooklyn NY, honed her viennoiserie craft at Maialino for Danny Meyer’s Union Square Hospitality Group. Coffee and
Coffee and espresso based beverages, such as cappuccino, will be served as well. Coffee beans brewed to make the famous Cafe Gennaro will be used, roasted by local purveyor Naked Bottomless, and espresso beans will be sourced by Plume (Tipico).
Churn, labeled by Lloydians as a “dessert bar”, will play on a fun, quirky atmosphere, with colorful futuristic design, and a bustling open kitchen where your cone creations are made right in front of you, contributing to an exciting and unique eating experience.
Get excited Buffalo, Lloyd is #goingforit.