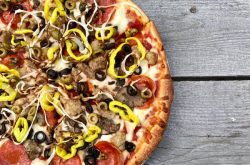 Everyone in Buffalo, NY, knows that one of best sports bars in town is Santora’s Pizza Pub & Grill! The Transit Road…
.

FAMILY OWNED AND OPERATED SINCE 1985 Bailey Seafood was founded in 1985 out of a passion for fresh seafood.  Started out with…
.
Change Location
To find awesome listings near you!