It’s late afternoon and we’re in a narrow partly-sunlit back alley in downtown Buffalo when Michael Dimmer, co-owner of Marble + Rye, reaches down to pull up a fistful of oyster mushrooms poking out from underneath a long wooden planter box.

“The bottom of the bed is lined with inoculated straw, so we get these massive mushrooms,” he said. “We pull these, clean these, smoke these and they go in our carbonara dish in place of pork – so it’s all vegetarian. It’s a nice little yield. It goes quite far.”

In the media, local food truck owners like to talk about the community spirit and camaraderie in the Western New York food truck scene. However, the stark reality is that owning a food truck is like being thrown into the fighting pits of Meereen: You have to be lean, mean and highly efficient at what you do.

That trial-by-fire mentality is on full display as Dimmer, who also co-owns The Black Market Food Truck, shows me around his new restaurant – the entire time pointing out all the efficiencies that went into its design, from the dish tank to the soon-to-be-opening takeout window. 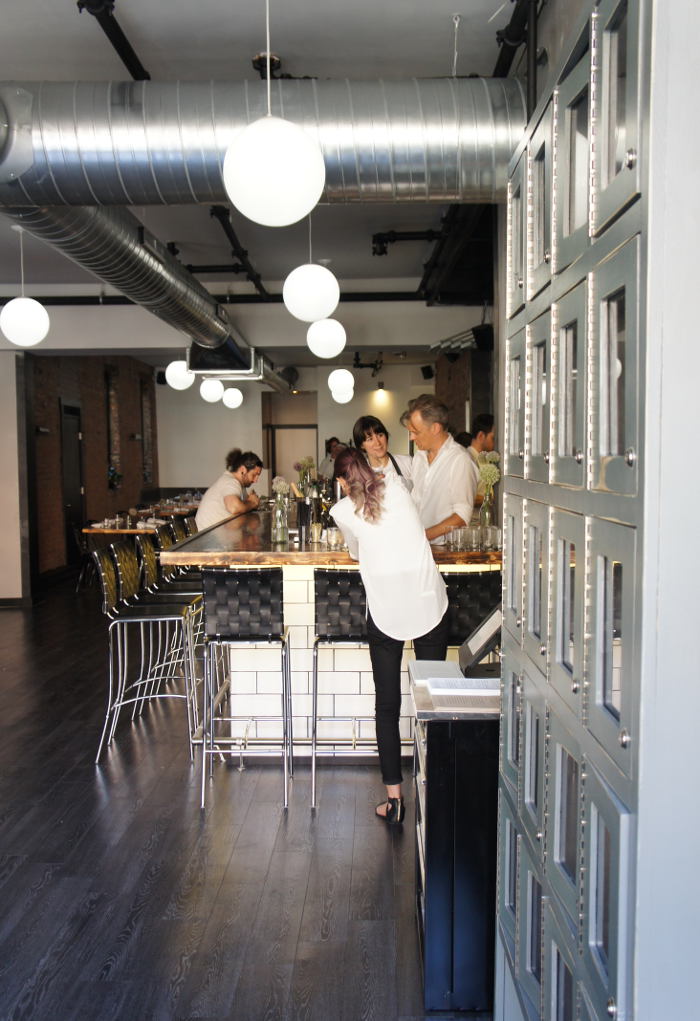 Dimmer admits he may not have the biggest kitchen in Buffalo, but it’s still expansive compared to the prison-like confines of a standard food truck.

“This kitchen, in the grand scheme of all the other restaurants in Buffalo, is small – but I think it’s really efficient,” he said. “I’ve kind of grown accustomed to having anything that I need within an arm’s reach. It just really ups the efficiency.”

If anything, the kitchen at Marble + Rye may be operating a little too efficiently – based on reactions during the restaurant’s exclusive soft openings.

“I think the one complaint that we got from the last soft opening we had was: food coming out of the kitchen too quickly,” Dimmer said. “I think that’s a product of us being nervous, making sure we’re on top of our game and maybe trying to satisfy people too quickly.”

“There is a pacing that has to happen, and we will fall into place with that,” he added.

Originally conceived as a gourmet burger joint, Dimmer and his co-owner Christian Willmott decided to expand the possibilities of Marble and Rye by opening up their focus to New American. The restaurant will still feature high quality burgers, infused with bone marrow and other premium ingredients.

Noting the high amount of office workers near Marble + Rye’s Genesee Street location, Dimmer said a takeout window will soon be available so those with limited lunch availability can get food. It’s a feature he referred to as “putting a food truck window in the restaurant.”

To complement the food, Marble and Rye will be featuring 12 taps of craft beer, as well as draft cider and draft wine. Dimmer said the restaurant’s wine list will heavily feature Old World wines and the bar will be stocked with premium whiskeys and bourbons – in addition to all the other standard spirit offerings.

For regular customers who want an exclusive aspect to their visits, Marble + Rye will also be offering a feature they are calling a Bottle Keep. When the restaurant brings in a rare bottle of premium alcohol, a customer can purchase the bottle and store it in a small wood-and-glass lockbox, along with cigars or anything else that might fit, for a fee.

Marble + Rye is set in a reclaimed paint store that sat empty for decades and the owners have decided to keep the décor to a minimalist blend of historic brick and modern wood and metal fixtures. In lieu of artwork, the restaurant currently features small terrariums mounted on the wall. 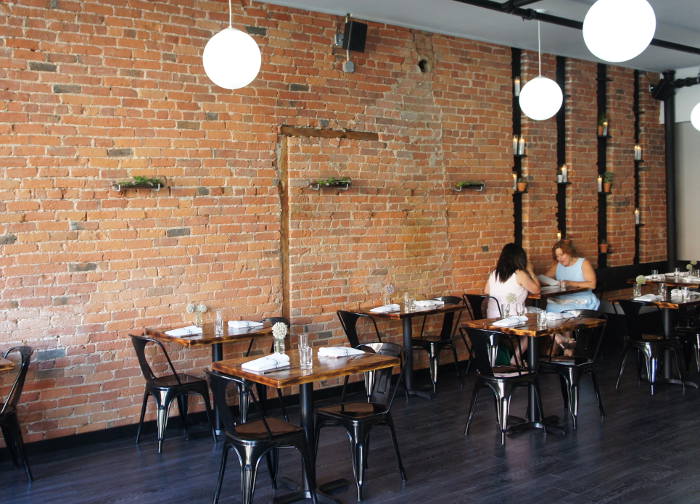 Where some might see dirt and tiny plants in a small translucent tube – Dimmer said he sees inspiration.

“These terrariums are an ecosystem of their own – they support themselves, need very little in terms of water and other stuff like that,” he told me as we wrapped up our conversation. “That’s kind of what we’re trying to build here. With our team and with our staff – we are our own self-sustaining ecosystem. We can rely on each other to make sure everything is working out.”