Movies in the Moonlight 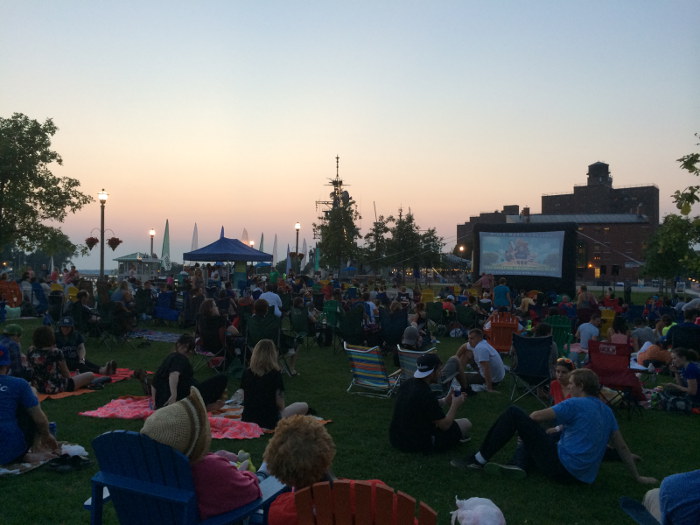 I love wrapping up my nights relaxing with a great movie, but it’s a shame to spend these gorgeous summer evenings inside.  I found a compromise; outdoor movies!  Everyone is really enjoying the outdoor film trend that is taking over Buffalo this summer.

Irving and Mary Cohen bought the Transit Drive-in in 1957 from a pack of Buffalo businessmen.  The Transit Drive-in Theater has since been run by three generations of the Cohen family.  The Transit Drive-in, located at 6655 S. Transit Road in Lockport, started their Retro Movie Night on Tuesdays and this line up is just too good to miss.  Admission is just $9 for a double feature of old school movies you love.  Retro movie night runs from July 22nd – August 26th with their ticket office opening at 8pm.  Here’s the Tuesday night line up for Retro Movie Night! 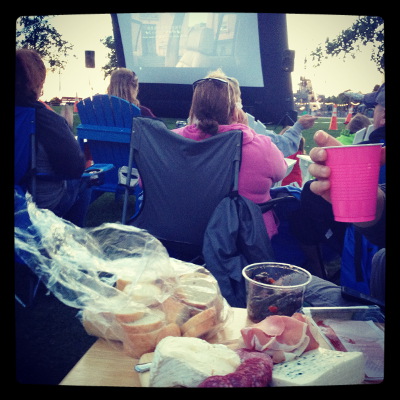 Pop the trunk, grab some blankets and enjoy some of your favorite movies on the big screen!

Movies in the Meadow @ Delaware Park

The Parkside Community Association presents Movies in the Meadow Friday nights through the month of August in Delaware Park right behind the Parkside Lodge, located at 44-104 Parkside Ave, Buffalo.  Refreshments will be available along with popcorn and candy, but feel free to pack up your own goodies, as well. The 2014 Film Lineup for August includes the following features.

The movies begin at dusk with surprises in store for the film fanatics!

Every Tuesday night in July and August free films will be presented by Squeaky Wheel and the S. Thomas Group at Canalside, located at 1 Naval Park Cove right next to Liberty Hound.  Enjoy their free outdoor screening series that is filled with films for every age.  The series kicked off on July 8th with the Black Maria Film Festival.  This festival, named after Thomas Edison’s motion picture studio, consists of short film from around the globe.   So far, they’ve shown The Goonies on July 15th, Dumb & Dumber on July 22nd and  The Dark Night on July 29th. The remainder of the summer schedule is composed of the following movies and shows:

My boyfriend and I decided to see the Goonies on the blow up screen on July 15th.  We packed up a cooler with wine, solo cups, and a cheese and meat plate with lawn chairs and a blanket.  I have to say, out of all of our dates, this was one of my favorites.  It was relaxing, romantic, and something different.  The movies begin around 8:30pm and adirondack chairs are available for the first 100 guests.  Pack your own picnic or pick up some food truck treats from Larkin Square before heading over to the canal for a movie along the water.

Bacchus, located at 56 W Chippewa Street, is offering movie nights in their stunning courtyard on Wednesday and Thursday nights through September.

They do take reservations for their courtyard tables.  You can watch the movie while ordering a few items off of their small plates menu or their cheese menu (yes, they have an entire menu of just cheese, so naturally I love this place). Whether it’s a chick flick or a comedy, it adds some flare to a night out!

Island Park located in the Village of Williamsville, located at 5565 Main St., began their film festival with Frozen on July 18th.  The ice cream truck was parked off to the side before the movie began and there were bags of fresh buttery popcorn and bottles of water available to buy.  Walk over to the park with your lawn chairs, a group of friends, or your family and enjoy the kid friendly show! Other films coming this summer to Island Park include the following.

Movies start at dusk so be sure to get there early to claim your spot!

Coca-Cola Field, located at 275 Washington St, is hosting a free admission movie night on August 7th at 7pm.  At the home of the Buffalo Bisons, Frozen will be played on the big screen!  Popcorn, candy and pop will be available to purchase that night at the stadium.  This is not a reoccurring movie night, so if you have something going on that night, let it go and enjoy the show!

Hamlin Park in East Aurora, located at 166 South Grove Street, has a lineup of animated features perfect for families to enjoy together.  Grab your chairs, bug spray and blankets and enjoy the show!  Their summer set includes;

Movies begin at dusk at the Hamlin Park Bandstand. 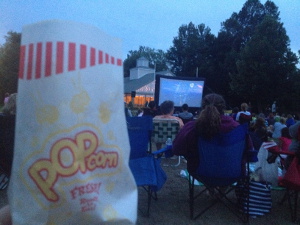 Chestnut Ridge Park in Orchard Park, located at 6121 Chestnut Ridge Road, has a one-time free movie screening of the Wizard of Oz on August 15th.  The movie will begin around 8:30 and go until about 11pm.

Whether it’s a date, a night out with friends, or a family bonding picnic, look for outdoor screenings at a park near you!