9 Movies & TV Shows That Have (Not So Hidden) Buffalo References 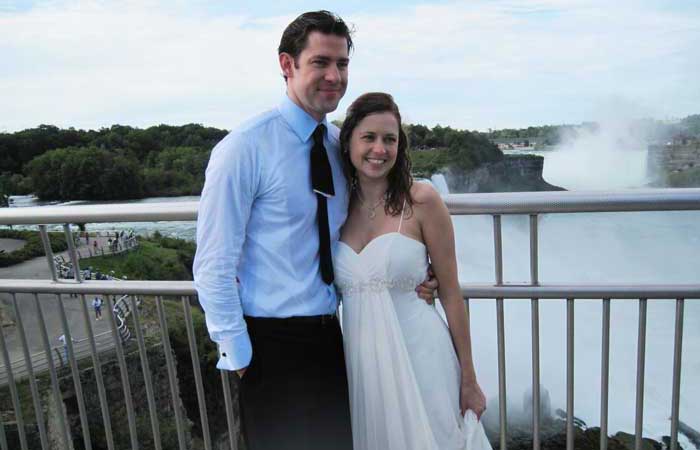 In case you didn’t know: Buffalo’s on the rise in the eyes of Hollywood. Multiple large-scale movies have been filmed here, in just the past few years alone, bringing in the likes of John Krasinski, Emily Blunt, Bradley Cooper, Guillermo del Toro, and of course, all of the excitement (and mild social media stalking) that comes with it.

While those projects in particular are on pause for the foreseeable future due to COVID-19, we’ve rounded up a few binge-worthy movies and TV shows to help add a little Buffalove to your next lazy day movie marathon. So if you’re stuck in quarantine/social distancing mode and need something to watch, we’ve got you covered. Check out our guide below that features a handful of movies and TV shows filmed in or featuring Buffalo/Western New York for some inspiration:

Written by Lockport native Brian Sacca, “Buffaloed” is a comedy set in Buffalo, NY. A story about an ambitious 20 something trying to make her way in the world, the film stars Zoey Deutch, Judy Greer, and more than a few adorably fake Buffalo accents. (We don’t actually sound like that…right??)

While it was mainly filmed in the suburbs of Toronto, there are a few establishing shots that feature recognizable Buffalo staples, like the grain elevators, the original Anchor Bar, and Buffalo City Hall. See if you can spot them all!

A list of “Buffalo” movies just isn’t complete without this Jim Carrey classic. Similar to “Buffaloed,” the story of Bruce Almighty is, of course, set here in Buffalo, but technically only features a few select scenes in Buffalo and Niagara Falls. The majority of the movie was actually filmed in California (so sorry to disappoint).

For the record, though, Jim Carrey really does love Buffalo— check out this clip from a recent interview where he talks up the Sabres, Fantasy Island (RIP), and the legendary Irv Weinstein.

Scary movie connoisseurs, this one’s for you. The fourth film of “The Purge” dystopian horror series was shot right here in the Queen City, and features tons of recognizable Buffalo locations. Watch the movie’s trailer and see if you can pick out the establishing shot of Canalside’s Marine Drive Apartments, and keep an eye out at the end for a shot that showcases the grain elevators looking eerie as ever at night.

In a previous interview for the Buffalo News, the film’s director pointed out just how impressed he was with Buffalo’s landscape, mentioning that “it felt real and authentic and isolated like it could really happen in this place,” which, you know, is just slightly unsettling, but cool nonetheless.

Starring Chadwick Boseman and Sterling K. Brown, “Marshall” tells the tale of the early life of Thurgood Marshall, the attorney responsible for Brown vs. the Board of Education’s victory in the U.S. Supreme Court, along with the desegregation of schools in America that followed. The film’s directors said that it was Buffalo’s astonishing architecture that really sealed the deal for choosing our city as the movie’s primary filming location, and while we’re a little biased, we have to agree— it is pretty incredible.

The movie features easily recognizable Buffalo landmarks like City Hall, Delaware Park, and The Statler Hotel, but it’s really Buffalo Central Terminal (and its hefty $90,000 makeover to make it period-appropriate) that really steals the show. You can catch a glimpse of it in the movie’s trailer, but we recommend watching the entire movie for the full effect.

If you were a licensed driver in the city of Buffalo in May 2015, you probably remember the 33 and the 198 closing down for a hot minute to make way for the shooting of Teenage Mutant Ninja Turtles 2. Sure, it’s a bit random, but you’ve got to admit, it’s pretty cool to see some car chasing action (complete with explosions and all) take place with an all too familiar backdrop of the 33. Check out the movie’s trailer and see if you can spot it!

Why were multiple sequels of random movies filmed here in Western New York, you ask? We have no idea! But it’s true!

Perhaps the most ridiculous of all is Sharknado 2, a film where Buffalo appears as a makeshift New York City. The movie’s trailer gives a perfect shot of a crowd of crazed extras sprinting down Court Street past Buffalo’s own Liberty Building to fight some outrageous looking CGI sharks, while the orange seats of the subway car in a later shot in the trailer look strikingly similar to the ones that Buffalonians frequent as well.

A few scenes of the film were also shot in the Lockport Caves and on top of the Rand Building (a stand in for the Empire State Building), so be on the lookout for those, too.

Released on April 3rd, Clover follows two brothers on the run as they get tangled in a web of murder and debt. In the movie trailer alone, there are iconic shots of Buffalo including a view of the city and close shots of the Central Terminal as well as an action scene that takes place in the grain elevators. You’ll have to check this movie out for yourself and see what other familiar Buffalo locations you can spot!

If you’ve ever even heard of The Office in literally any capacity, chances are you’re already well aware of the Jim and Pam romance saga. Regardless of whether or not you’re Team Karen or Pam, I think we can all agree that the “Niagara” episodes in Season 6 that chronicle the story of Jim and Pam’s wedding in Niagara Falls, New York are…pretty darn heartwarming. Watch it again (or for the first time) and swoon at the Maid of the Mist scene— you know you want to.

Based in Buffalo, Emily is a marketing professional by day, and a freelance writer by night. She is passionate about uncovering unique stories, and dreams of cross-country road trips, endless sunshine, and adopting multiple dogs.
Find More ➭
×