Music for Fools: The Decemberists at CFA 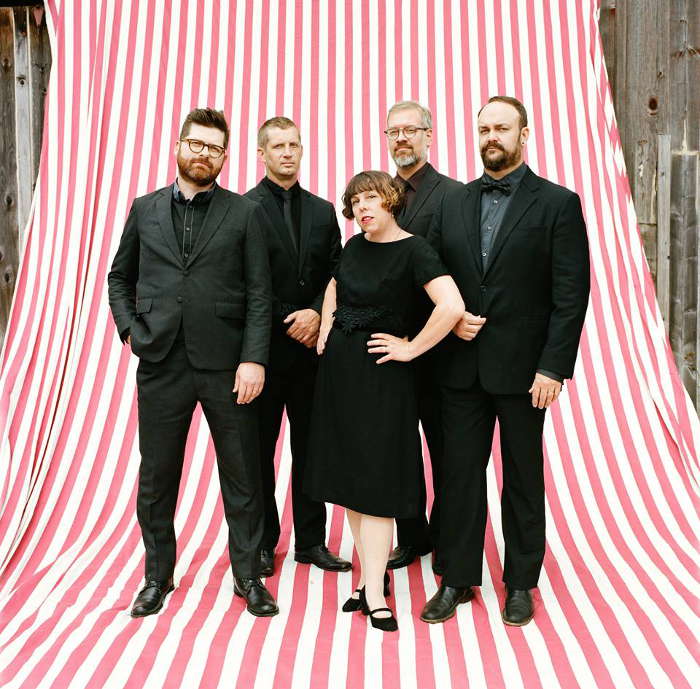 At an appearance earlier this month in Milwaukee, the band’s frontman Colin Meloy took the stage in a suit and holding a glass of wine – a sartorial approximation of the band’s sound.

Not to say that this band is stuffy; far from it. The Decemberists draw from some of rock’s greatest rabble-rousers like Neil Young and Morrissey and their recent live show has dropped hints of Pink Floyd and Nirvana.

What the Decemberists do best is to contrast all this grit with lyrics affected by high-brow source material like Elizabethan texts and Civil War correspondences. It’s this duality that makes the band different, and, well, just plain fun.

Ironically, the intellectual and hyper-literate folk rock band is set to play UB’s Center for the Arts on April Fools’ Day, yet by all accounts the current tour is no joke. The band just released its seventh LP, What a Terrible World, What a Beautiful World, which took four years to make.

“In some ways, this album was four years in the making,” Meloy said recently. “We were on hiatus, so we had all the time we could want, no schedule or tour, no expectations.”

Past Decemberists records may have included long epics about “days of yore,” but with the new album, Meloy said the focus was simply about songcraft.

“Let’s make sure the songs are good, and eventually the record will present itself,” he said.

While the band took four years to release Terrible World/Beautiful World, that doesn’t mean the individual members spent that time sitting by the fire with a glass of port, waiting for an old-timey phone to ring. The band did release a live album and an EP of outtakes from sessions for their Long Live the King album in the interim period. They also had a song appear on the Hunger Games soundtrack and had the honor of being animated in an episode of The Simpsons. They also appeared on the season six finale of Parks and Recreation.

By many accounts, the current tour sees the Decemberists returning to fine form. The band likes to twist well-worn conventions and everything from the clichéd sing-a-long to the standard jam session has been inverted or turned inside-out. Expect contrasts. Expect the unexpected. Expect to have fun.

Where: University at Buffalo – Center for the Arts

More events at UB’s Center for the Arts >>