Music This Week: Matt and Kim, Hooray for the Riff Raff & More 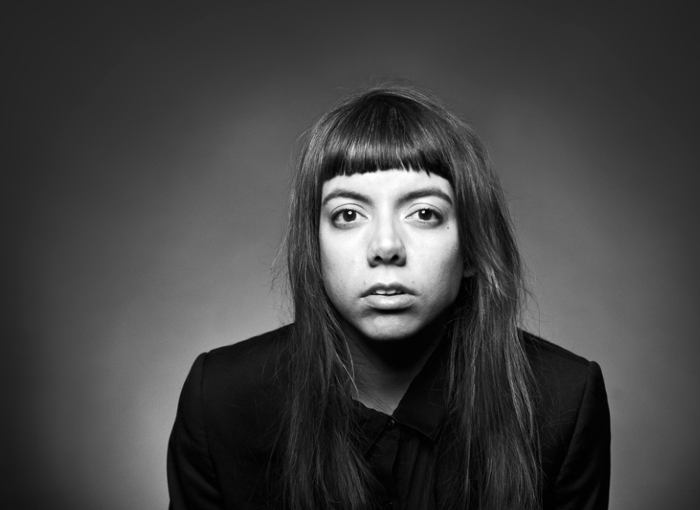 Hurray for the Riff Raff / Image from hurrayfortheriffraff.com

With the start of June, concert season in Buffalo gets one of its greatest assets: Thursdays at the Canalside! The weekly free concert series features a smorgasbord of musical talent this season, and week one is no exception. But that isn’t the only concert to look forward to this week. The punk pop genre has yet another strong entry this week, while blues fans have an exciting young group to check out.

Hurray for the Riff Raff kicks off this week’s music picks with a bit of a softer sound. The group’s style is a mash-up of folk, country and blues, giving them a distinctly southern sound. The group was formed in New Orleans in 2007, but lead singer and banjo player Alynda Lee Segarra originally hails from the Bronx. Genre fans shouldn’t hold that against her, however. Segarra’s voice is perfect for a band with such a heavy blues influence, and the group shows a real knowledge and appreciation for older music. You can hear it in the musicians they draw inspiration from, like Billie Holiday and Hank Williams, and those they often cover. Of particular note is their excellent version of The Ronettes’ “Be My Baby,” which Segarra calls one of the band’s favorite songs.

Hurray for the Riff Raff has released five studio albums so far, including 2014’s “Small Town Heroes.” The album shows off the band’s willingness to take on sensitive topics, with tracks like “St. Roch Blues” inspired by a series of murders that took place in a New Orleans neighborhood, and “The Body Electric,” about the rape and murder of a woman in India. It would be easy to come across as preachy while dealing with such difficult topics, but Hooray for the Riff Raff always manages to avoid that potential pitfall, instead delivering a sound that folk and blues fans will be sure to enjoy.

Hurray for the Riff Raff will perform at Asbury Hall on Wednesday June 3.

Indie dance duo Matt and Kim are the first headliners for Thursdays at the Canalside, and it’s a pick that’s sure to draw a very large crowd. Since 2006, the duo has built up a loyal fanbase as they’ve slowly started to conquer the world. Those that aren’t overly familiar with the duo from Brooklyn have likely heard some of their music at some point. Singles like “Daylight” and “Good Old Fashioned Nightmare” have appeared in television shows, commercials and even video games. The band is currently on tour promoting their fifth studio album, “New Glow,” which released in early April. Fan should naturally expect to hear the album’s first single, “Get it,” this week.

Comprised of singer/keyboard player Matt Johnson and drummer Kim Schifino, Matt and Kim deliver a fun and unique sound. Matt and Kim’s live shows are characterized by the duo’s incomparable energy; watching Matt and Kim perform is almost as entertaining as listening to them. There is also a bit of entertainment to be found in the way that they regularly incorporate bits of popular music into their own live versions. Matt and Kim’s live shows always feel like a party, and that’s just what Canalside needs to start off this summer season.

Matt and Kim will perform at Canalside on Thursday June 4.

Recommended listening: “Cameras,” “Get it,” “Daylight.”

Fireworks at The Waiting Room

While Thursday’s biggest draw will surely be Matt and Kim, fans of the pop punk genre might be more interested in taking a look at the band Fireworks on that same evening. Hailing from Detroit, the group has clearly been influenced by some of the genre’s older bands like New Found Glory. That influence is only fitting considering that Chad Gilbert, lead singer of New Found Glory, produced their first album. Since then, the two groups have toured together, as Fireworks has started to build their own name and legacy. Luckily, there are more than enough differences between the two bands to give Fireworks a sound that they can call their own.

Fireworks fans would probably recommend singles like “Arrows,” but the group’s acoustic offerings do a much better job of showing off their level of talent. An acoustic EP accompanied their third studio album, “Oh, Common Life,” and it’s well worth giving a listen. Acoustic versions of tracks like “I Locked My Time Capsule” and “One More Creature Dizzy With Love” really show off the level of talent that lead singer Brett Jones has. While many of the band’s songs evoke New Found Glory, Jones’ voice has a bit of similarity to Bare Naked Ladies singer Steven Page, particularly on those acoustic versions. Fans of either band will likely find something to enjoy on Thursday evening.

Fireworks will perform at The Waiting Room Thursday May 4.

That’s it for this week’s picks! Be sure to keep an eye out for local talent and other concert options in the Buffalo area this week!