In the Buffalo music scene, the amount of variety cannot be overstated. Take this week, for example. Fans of indie rock, pop punk, soft rock and metalcore all have strong options to check out. There’s something for everyone, and we’ve selected some of this week’s best coming attractions! 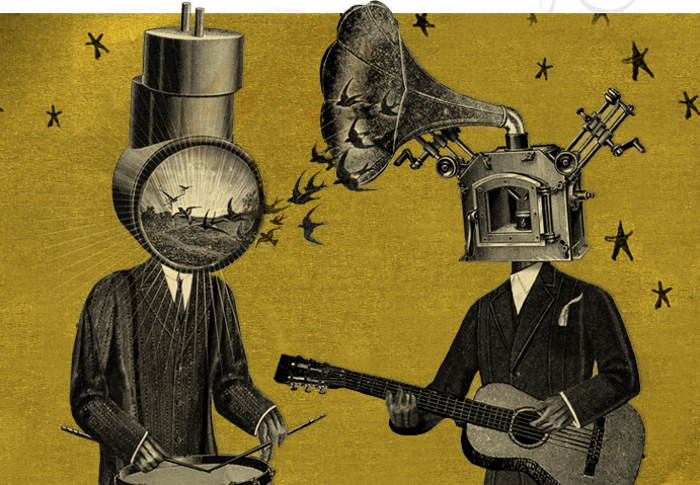 Kicking things off this Tuesday is indie rock band Neutral Milk Hotel. The band claims that this current tour will be their last for the foreseeable future. Given the group’s tumultuous past and spotty history of touring, fans of the group should take it seriously either way.

With only two full-length albums and a handful of EPs under their belt, Neutral Milk Hotel hasn’t had a very large output since their debut in the late ’80s. Despite this meager library, they’ve still managed to influence a number of current alternative bands, including Brand New and the Arcade Fire. 1998’s “In the Aeroplane Over the Sea” is the group’s most well regarded album, and the one that gets the most focus in concert. Inspired by The Diary of Anne Frank, its haunting lyrics are evocative to say the least. The band’s wonderful use of horns and organs helps to keep the music from ever becoming too depressing, however.

Music fans looking for something a bit harder this week might be more interested in seeing The Used the following evening. The group’s lead singer Bert McCracken’s screaming vocals once led to concerns for the health of his throat, even forcing the band to cancel tour dates in the past. In recent years, he’s toned it back a little bit, but newer tracks like “Cry” still fit the band’s signature style. It’s not all heavy stuff, though. The band also has a softer side, which can be heard on tracks like “Blue and Yellow” and “Hard to Say.”

The Used’s most recent album is 2014’s “Imaginary Enemy,” so tracks like “Revolution” and “Make Believe” seem like sure bets to expect live. The band toured the album on a dual-headliner last year with Taking Back Sunday. Unfortunately the tour somehow avoided the Buffalo area. Luckily for us, both groups saw fit to make it up to local fans over the last few weeks (TBS played at Town Ballroom in March).

While The Used has a strong following, it’s safe to say that many attendees might actually be more interested in the opening act. Buffalo natives Every Time I Die will join the group Wednesday evening. In their early days, the metalcore group started out touring the greater Buffalo area and some of Canada, but gained in popularity, eventually finding a record deal and a number of headlining gigs. Since those days, they’ve toured around the world, and even had music featured in the video game “Guitar Hero 2.” Despite that success, the group still shows a passion for the local music scene, and it shows in their live performances.

The Used and Every Time I Die will perform at Rapids Theater on Wednesday April 22.

Recommended listening for The Used: “Take it Away,” “Blue and Yellow,” “Cry.”

Recommended listening for Every Time I Die: “Wanderlust,” “The New Black.”

Music aficionados can find a more classical sound by checking out Paul Anka this weekend. Anka’s poppy, soft rock sound has endeared him to fans throughout his near 60-year career. Starting at just 14-years-old with the single “I Confess,” the artist hasn’t slowed down since, resulting in a bevy of singles and albums from the Canadian crooner.

While Anka is responsible for a number of his own hits, he’s also written plenty of songs for other prominent artists. Anka wrote Tom Jones’ “She’s a Lady,” Buddy Holly’s “It Doesn’t Matter Anymore,” and many more. In 1983, Anka collaborated with Michael Jackson on a track called “I Never Heard.” The song was originally intended as a duet, but was shelved until 2009 when it was released as Jackson’s posthumous single “This is It.” Like last week’s Tragically Hip concert, Anka is sure to be a draw for Canadian and American fans alike.

Recommended listening: “Put Your Head On My Shoulder,” “Diana,” “Times of Your Life.”

The All-American Rejects are probably one of the most accessible bands in the pop punk genre. Lead singer Tyson Ritter’s lyrics have helped the band gain the kind of mainstream appeal that few groups in the genre outside of Fall Out Boy have been able to achieve.

The band’s path to success wasn’t immediate. Earlier tracks like “Swing, Swing” and “The Last Song” clicked with pop punk fans, but the group found a larger audience with “Dirty Little Secret,” the lead single off their second album “Move Along.” The band’s third studio album, 2008’s “When the World Comes Down,” would prove even bigger. The album’s first single, the post-breakup anthem “Gives You Hell,” topped the Billboard Mainstream Top 40 music charts, finding major airplay on pop and alternative music stations alike. Despite that success, those major early singles are just as likely to be heard live as the newer ones, and that’s a very good thing.

The All-American Rejects perform at Rapids Theater on Sunday April 26.

With so many strong artists already visiting the area, it’s all but assured that this summer is going to be a very good one for the live music scene. And this is but a small sample of what the week has to offer! If none of these picks seem to fit your preferences, take a look into the local music scene. Venues such as The Waiting Room and The Forvm are sure to have something else you might enjoy.