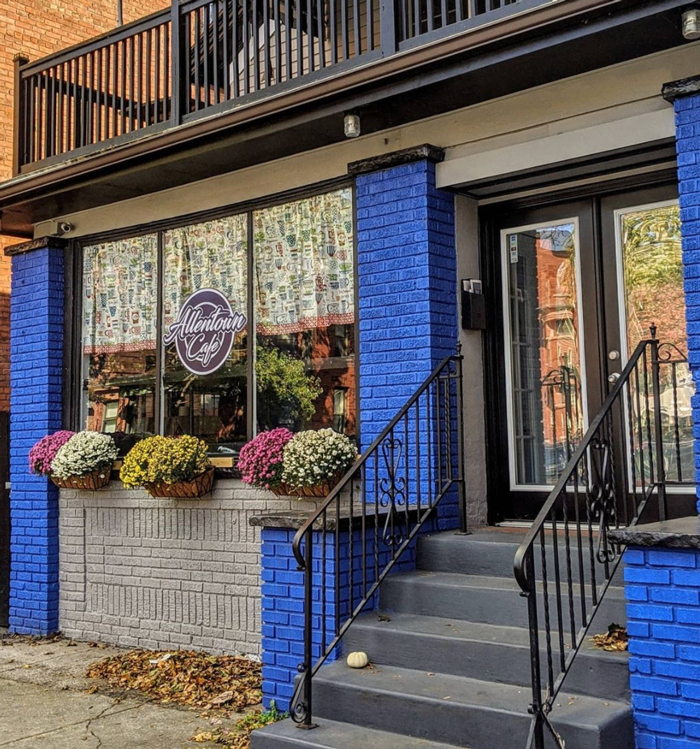 When you cover restaurant openings long enough, you start to notice that there are a few types of people that always seem to open them: classically-trained chefs with a vision, real estate developers looking to monetize a property, and hospitality veterans who know a solid concept back-to-front.
Jack Reid, owner of the new Allentown Café, is seemingly that third type of new restaurant owner, having worked essential roles at Frankie Primo’s and Briarwood Country Club. The new café is laser-focused on delivering the type of craveable, contemporary comfort breakfast and lunch food that Allen Street is currently missing.


“I’ve spent a lot of time on this street and worked at two other bars on this street as well,” he recently told me over the phone. “I kinda get the gist of what everybody wants to eat. That’s definitely where the concept came from.”
When I asked about the biggest mistake new restaurants make, Reid said he thought the key to making a concept work is leaving room for failures and adjustments.
“Some of the restaurants that we have seen fail, maybe they were looking to be the hottest thing right out of the gate and absolutely crushing it right way and turning a profit,” he said. “I’m not saying there aren’t restaurants that don’t open like that. There are some people that open a restaurant that have an excellent concept and it just works. But that’s what some of us who work in the restaurant business call ‘a unicorn’. 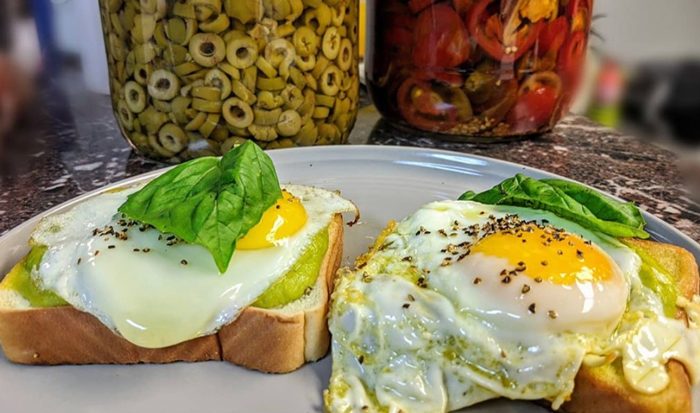 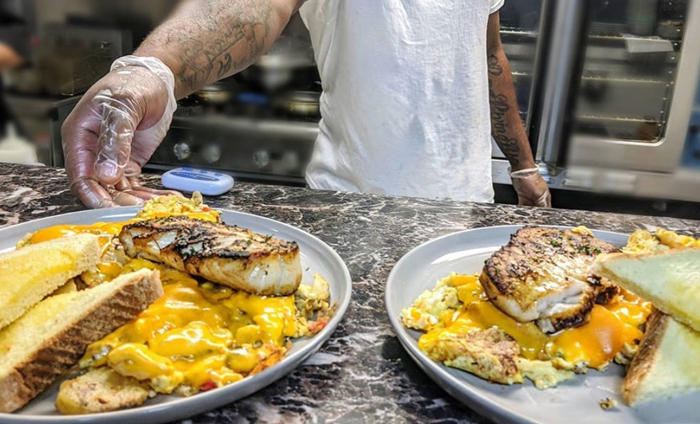 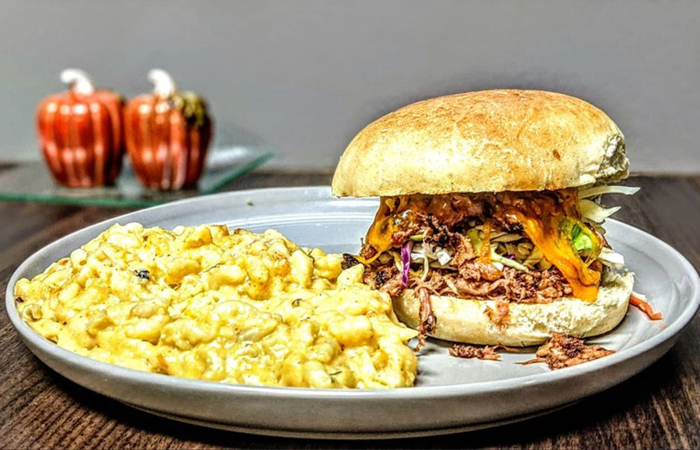 Reid said his ideal concept has been one focused on brick oven pizzas, but the space at Allentown Café isn’t suitable for that. He ultimately came up with a breakfast-lunch comfort food menu based on personal favorites he’s picked up over the years.
“Right now, we’re just doing like a test run,” he told us in October. “I took a couple of things off the menu and changed ingredients on a few things. But next week, it’ll be the full-blown menu. Also, I have such a small space – I have to do a good amount of takeout as well, in order to survive. So, all of the food that we create here has to be conducive to takeout.”


After a short-run soft opening menu, the finalized menu includes tried-and-true favorites like avocado toast, a cheese and pepperoni flatbread, caesar salad and a chop burger. The cheese and pepperoni flatbread ($11) we had was thin-crust, but it ate surprisingly hearty – thanks to a full-bodied sauce. Our cup of fresh-brewed coffee was one of the better cups of coffee you’ll have outside a third-wave coffee shop.
Being a service industry vet, Reid said part of the new café’s mission is being there for his colleagues, and a late night menu for Friday or Saturday is currently being designed “so the bartender that gets out of work on Allen or Chippewa can go down the street or around the corner and have something decent to eat.”
“Since COVID, (service industry workers) don’t really have any options,” Reid said. “My go-to always used to be Mother’s or Towne, but those places aren’t open late anymore.”
The new café is part of the on-going evolution of Allen Street and as an Allentown resident, Reid said he is happy to be a part of that growth.
“Like, with the resurgence of Chippewa, getting away from bars and going toward bars with food or restaurants – I kind of maybe think Allen is going toward that same look,” he said. “I like more of a variety and I think that’s maybe what this street is going to, more of a variety. That’s not a bad thing, honesty. It seems to please the neighbors, not just on Allen Street, but the surrounding streets too. I live on the street too, so I personally don’t mind what’s going on and I’m happy to be a part of it. I get in wherever I can fit in, I guess.”