Announce any effort to help disadvantaged people on social media and you can bet your bottom .000000001 Bitcoin that the self-appointed Sympathy Police will be out to shoot first, ask questions later.

That’s exactly what happened when news of a new pay-what-you-want restaurant in Buffalo’s West Side hit Facebook. “How will this place make a profit?” asked armchair entrepreneurs, clearly not understanding that the restaurant is not out to make a profit.

Yes, the not-for-profit Big Big Table is based on a viable concept and similar restaurants across the country have had success with it. It works like this: You get a meal and pay what you want, whether it’s 20 cents or 20 dollars, and if you can’t pay, you can volunteer to ‘work off your bill’. The cafe also accepts food donations as payment.

Although restaurant receipts play a part in covering costs, Big Big Table isn’t completely dependent on them for its biggest expenses: labor and ingredients. In addition to getting free labor from ‘paying customers’, the restaurant has a mostly-volunteer staff. Meanwhile, many of the products sourced for the restaurant’s kitchen come from donations.

According to Stephanie Smith, board president at Big Big Table, the cafe has been getting a lot of ingredients from local farmers looking to offload distressed produce that they aren’t able to sell. It’s an arrangement that lets farmers write off a charitable donation, reduce food waste and feed those who need food the most.

“If I’m a farmer and I’ve got a pile of bruised pumpkins, I might take home a certain amount for my family, friends and neighbors, but I’m going to feel much better knowing that they’re going to be used to feed people,” Smith said. “They probably aren’t going to generate revenue on that product anyway. They can feel good that there’s less food waste and their labor is still feeding people.”

To be fair to the Facebook Comment Brigade, it’s not a simple concept. There are a lot of moving parts and a lot of reliance on generosity. It also wouldn’t work in every neighborhood. Having a sizeable disadvantaged population and liberal culture (judging by the number of India Walton yard signs), the West Side is the ideal spot for a pay-what-you-want cafe.

“(We have to) be highly accessible to those who need our food the most,” Smith said. “But also close to those who get really excited about our model; people who get it. These people come in and are excited to pay $20 for their meal. They say, ‘Hey, I’m gonna cover my meal, and meals for the next two people.’”

It’s easy to look at this and be cynical. There’s no such thing as a free lunch, they say. But like cynicism, generosity is a part of human nature, and at Big Big Table, generosity cuts both ways. People willing to pay a bit extra can help out other customers. People who can’t pay are often willing to wash a few dishes or sweep a floor in exchange for a hot meal.

“When receiving something, people feel a lot more dignity when there’s a way to give something back,” Smith said. “Everybody feels good when they can give back.”

If you’re interested in giving back, Big Big Table is currently looking for volunteers and some promotion. If you can’t volunteer your time, consider sharing this article. Or you could just go there and drop $20 on lunch.

Our mission is to provide a dignified response to hunger in our community, providing Buffalo and Western New York with accessible, affordable, nutritious and delicious ...

Brett Llenos Smith is a freelance writer based in Buffalo’s Allentown neighborhood who has been covering local food and culture for the Step Out Buffalo over the past six years. As someone with a multi-ethnic background, he has a passion for exploring and understand the many diverse corners of Western New York.
Find More ➭ Buffalo, West Side

This WNY Spot Was Named One of The Most Beautiful Places in U.S.

With travel info at our fingertips these days, its not hard to find out about the most beautiful places across the globe. Lucky for Western New Yorkers, we have one of those places right in our backyard (or front yard, depending on how you want to look at it). In an... 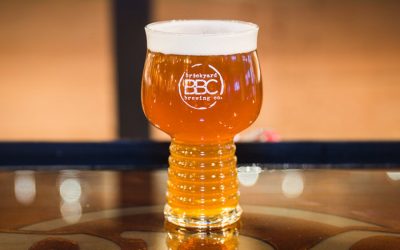