New: Belt Line Brewery & Kitchen Checks Off All Our Boxes 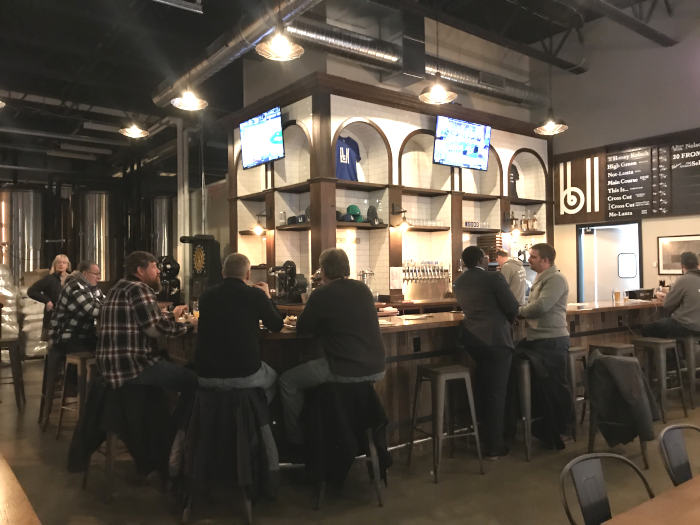 According to prevailing wisdom, new craft breweries are just too late to the game to get shelf or tap space, and therefore, newbies should just get a pat on the head and focus on being a good little brewpub.

If that wisdom is true, it would be just fine with the folks over at Buffalo’s new Belt Line Brewery & Kitchen, which opened its doors, near Larkinville, in early 2019. Co-owner Matthew Myers recently told us Belt Line is in fact perfectly happy to focus on serving the surrounding neighborhood, near Larkinville, and being a stop on local brewery tours.

“We’re not really looking to take over shelf space or get into massive distribution,” Myers told us us in a phone interview. “We’re super excited to be a part of this revitalization of the area. We feel like we’re forming a little brewery district in the neighborhood (along with Buffalo Brewing Company and Hydraulic Hearth).” 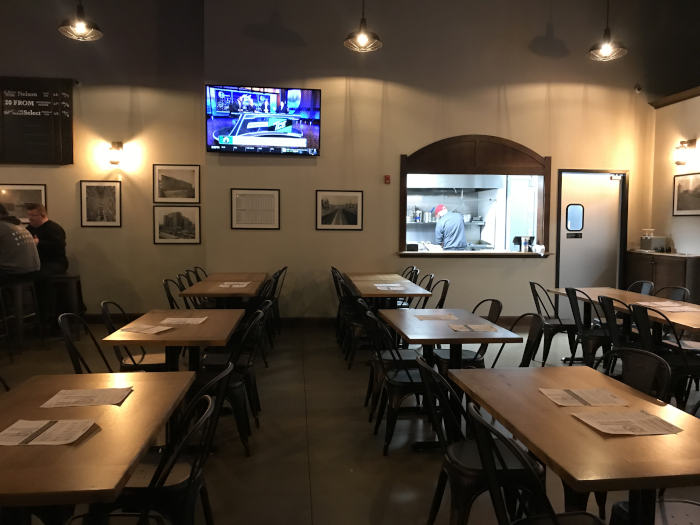 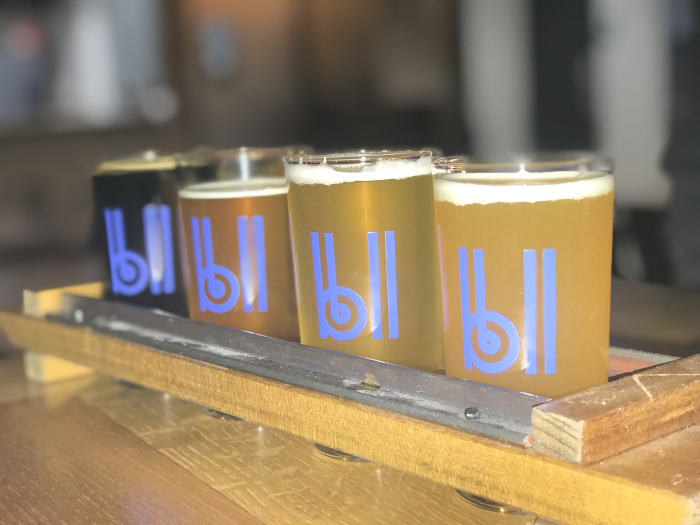 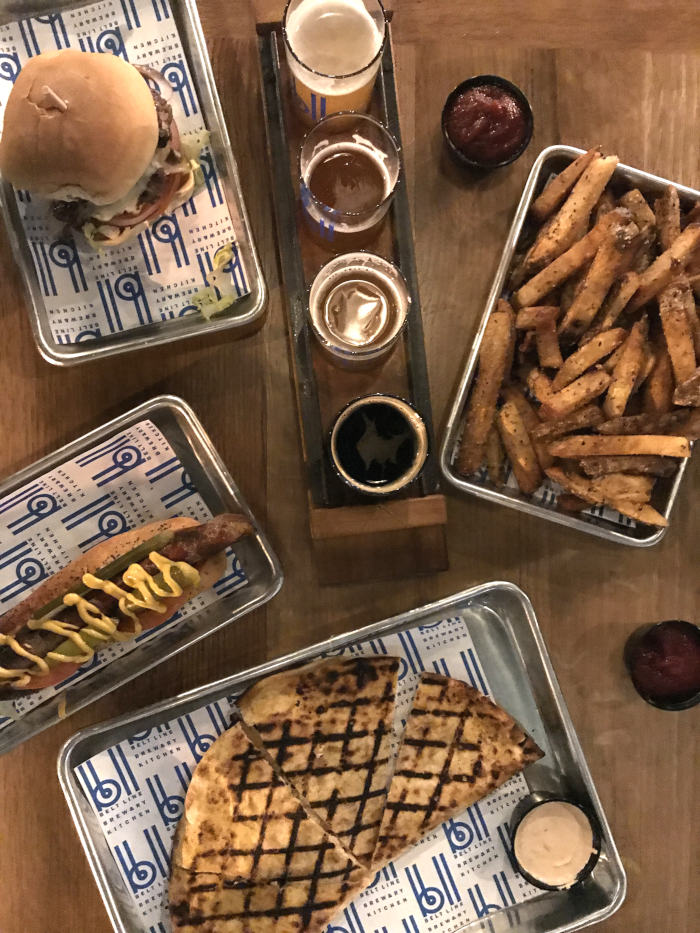 In keeping with being a neighborhood brewpub, Belt Line is fashioned into a comfortable place to socialize and watch sports. On our visit, we found plenty of seating, loads of natural light, a menu featuring farm-to-table pub grub from the scratch kitchen (burgers, wings, hot dogs and tacos) and the right amount of TVs. As we sampled the brewery’s first beer offerings, ol’ school country and rock played in the background and a handful of people chit-chatted at the bar.

The kitchen side of Belt Line is casual. You won’t find a hostess to seat you, just head straight to the bar to place your order where you’ll get a buzzer to notify you when your food is ready. When you get the buzz signal (which in our experience came very quickly), you can grab your food at the kitchen window. 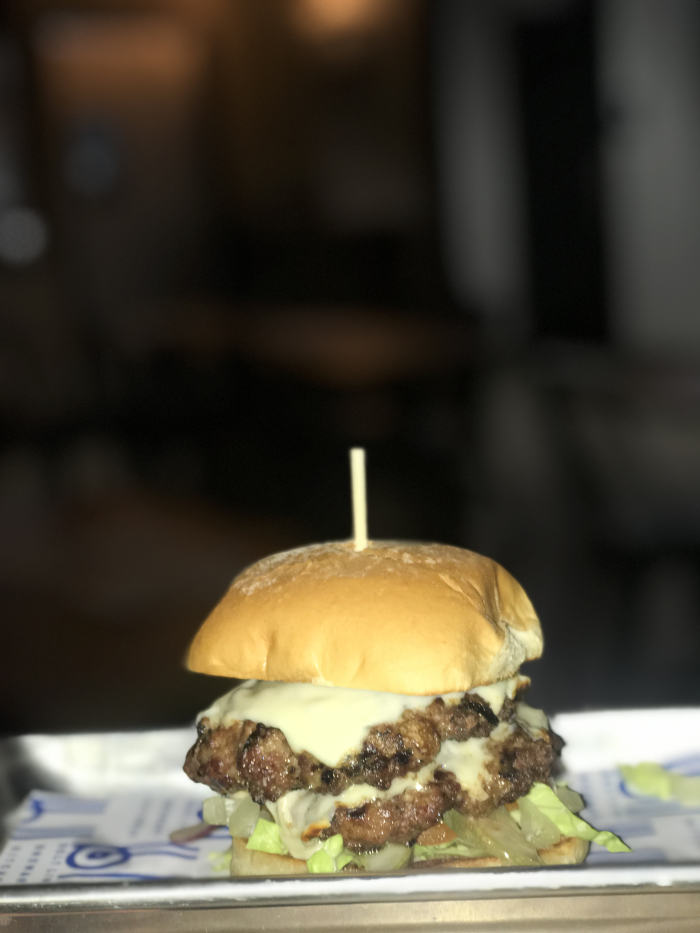 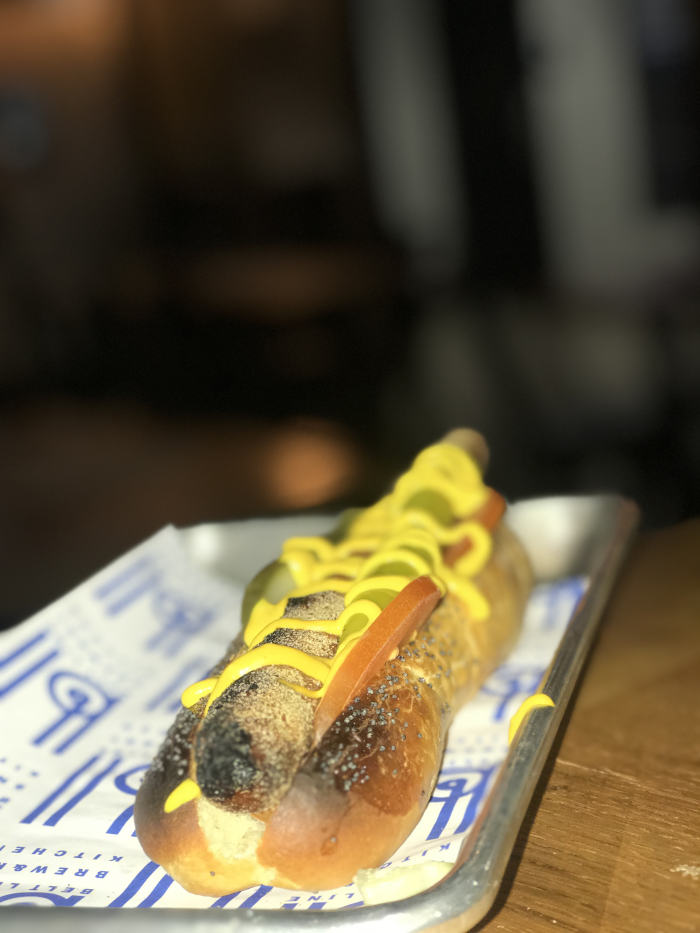 Over the phone, Myers suggested that while his team will be obsessed with making the best beer possible, that doesn’t mean he expects his guests to be obsessed with beer and the latest beer trends.

“If we can bring that family vibe and comfort, that’s what craft beer is all about – bringing people together, enjoying a pint and some conversation,” he said. “That’s first and foremost.”

On our visit, we found the beers to be very drinkable; not the palate crushers that beer snobs tend to favor. One standout was the Farm to Tap kolsch — a crisp, sweet beer brewed with local honey. Another favorite was the “This Is..” farmhouse ale, which featured subtle floral flavors and aromas.

Beer snobs won’t feel completely estranged; the opening week tap list featured a brace of fashionably hoppy beers: a double IPA called Main Course and a New England IPA called Not-Lanta. However, the Belt Line team has stressed that churning out trendy beers won’t be a particular focus. Instead, expect to see an emphasis on things like drinkable pilsners and wheat beers. 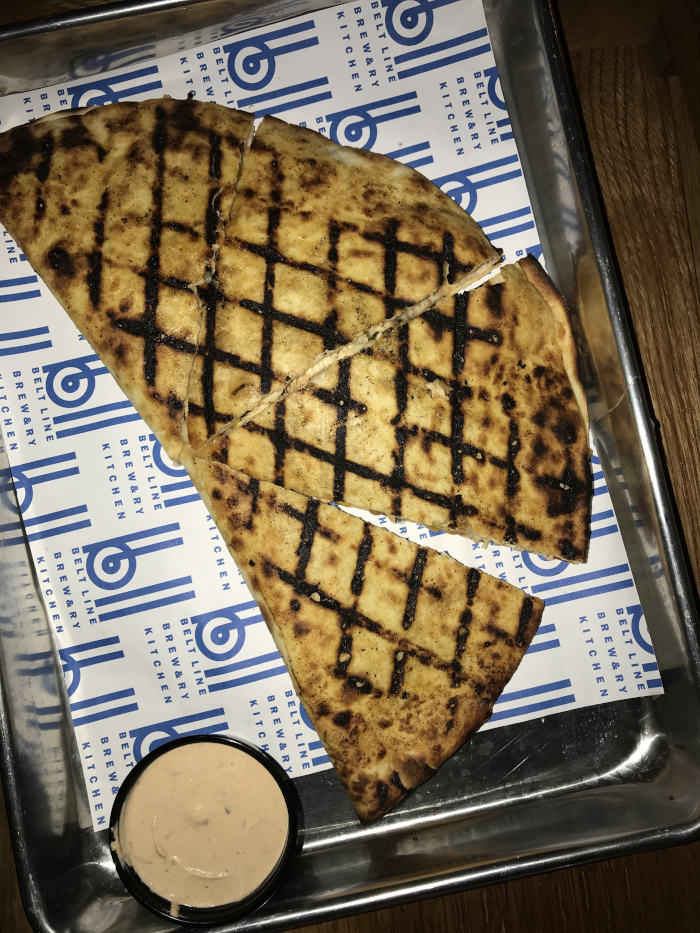 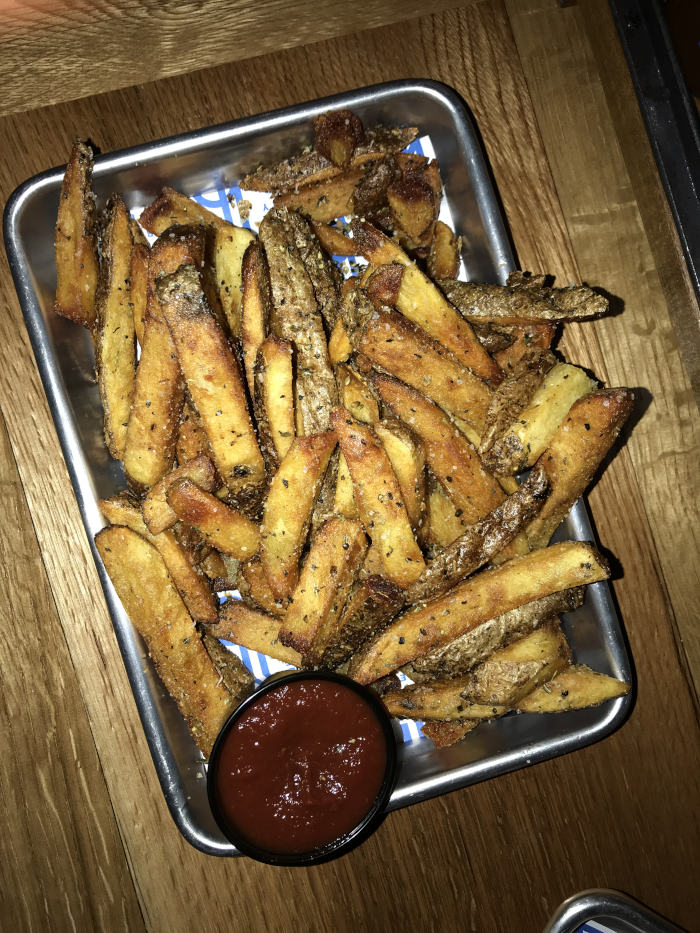 “(Beer snobs) love New England IPAs,” Myers said. “They love these big, barrel-aged stouts. They love the sours, and some of these sours are undrinkable they’re so sour, but it’s almost like a badge of honor for some people to try these, to get these and to seek them out.

“But, at the end of the day, styles like pilsners and hefeweizens have been around forever, and there’s a reason for that. Styles come and go, but it’s pretty powerful when a product has been around for that long; people have been fine-tuning (these styles) and making them better.” 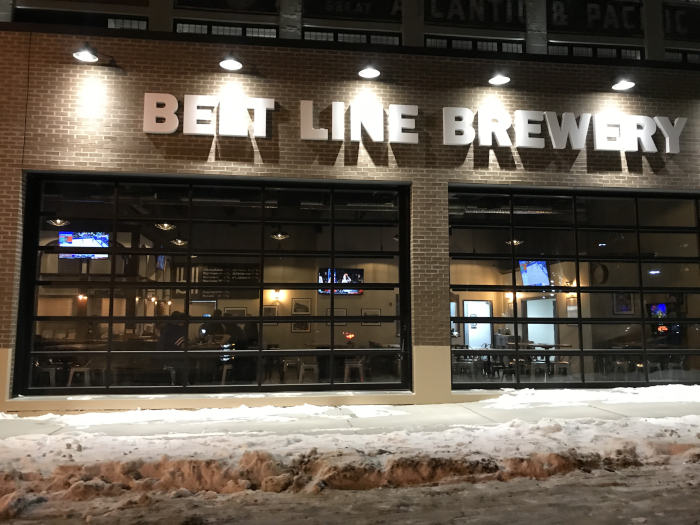 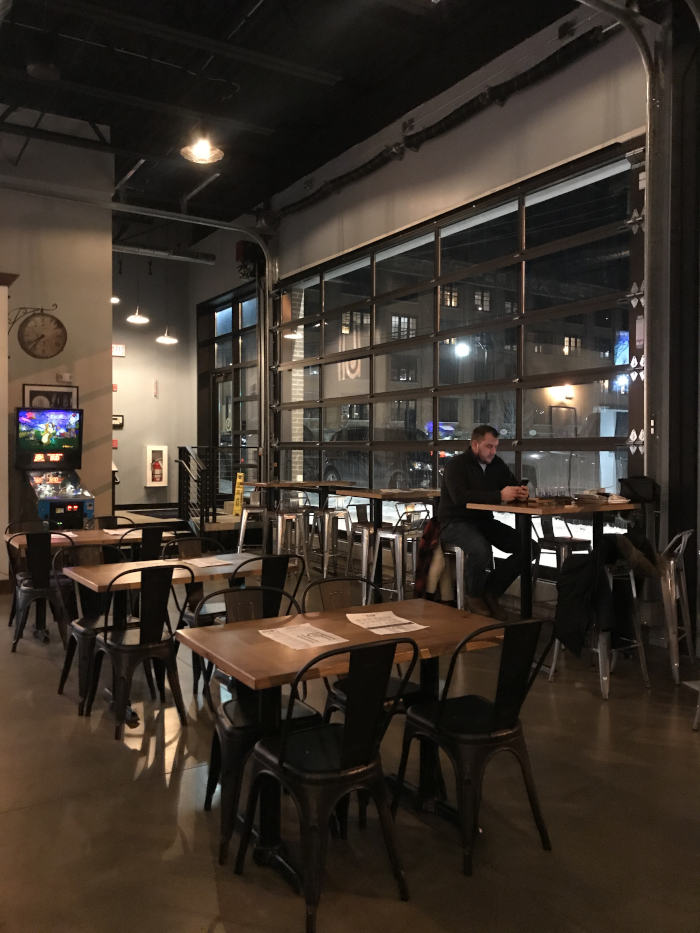 Myers noted that the simple pilsner is actually a big favorite among brewmasters.

“If you talk to different brewers, they all love pilsners,” he said. “There’s a real skill to pilsners. You can’t hide anything. You can’t just hop them up and hide off-flavors.”

There’s something to be said for keeping simple. Keeping it local. Belt Line is looking to do both and that’s just fine with us. Who knows, the brewery might just start taking over — one shelf and one tap at a time.