This New Buffalo Whiskey Bar is Doing Everything Right 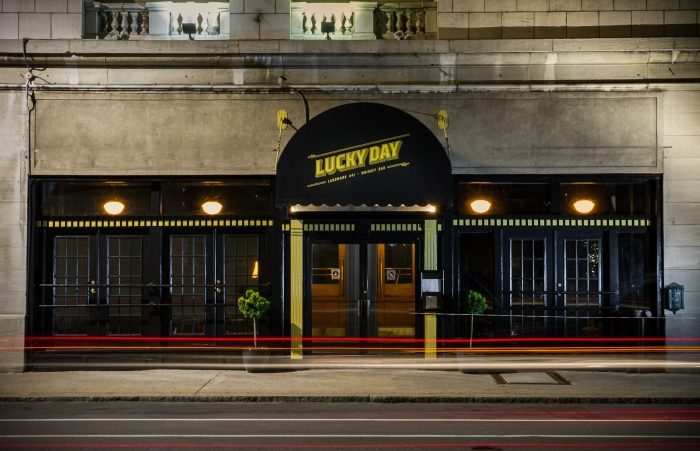 This new Buffalo whiskey bar is doing everything right….. including taking sexy photos of the bar/food/whiskey.
Lucky Day Whiskey Bar opened recently in the building previously occupied by Century Grill. It’s Ballyhoo co-owners Tim and Morgan Stevens’ latest business venture, and it couldn’t open soon enough.
Lucky Day features a full menu with a focus on “hand pies,” according to a recent Buffalo Rising article. The 9-inch pastry pies feature a variety of options for ingredients, ranging from rabbit stew to vegetables, similar to a calzone.
The menu features Ballyhoo’s famous mac and cheese, as well as steaks. The late-night menu includes old world-style bar food, like liverwurst on toast and pickled deviled eggs, with serving starting at lunchtime. 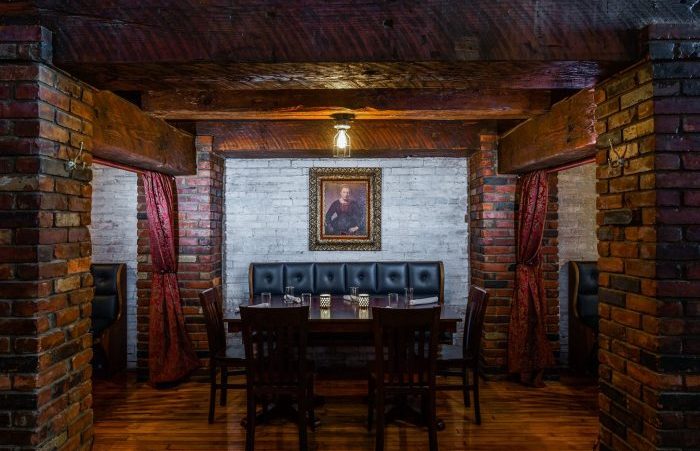 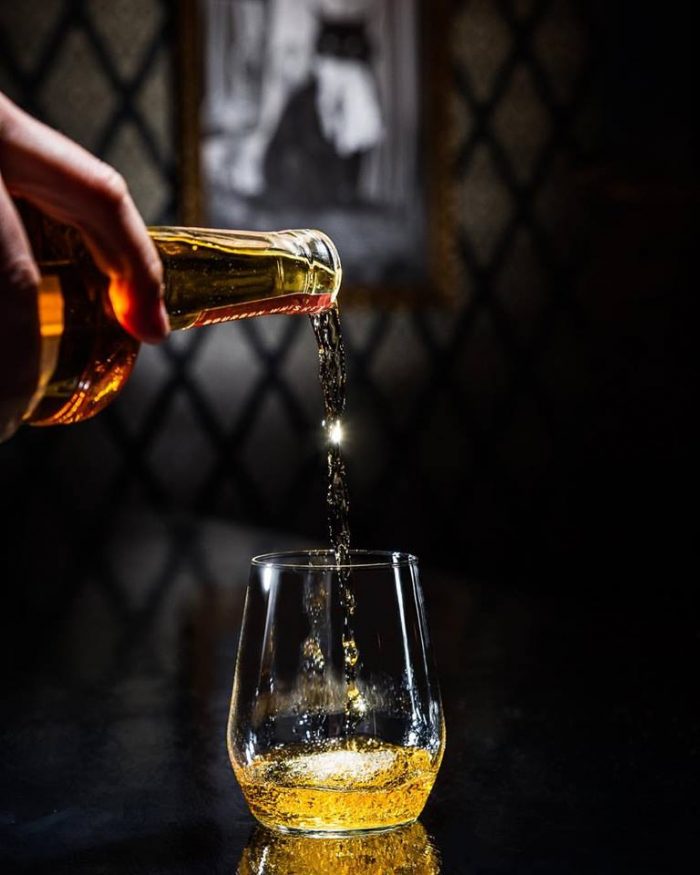 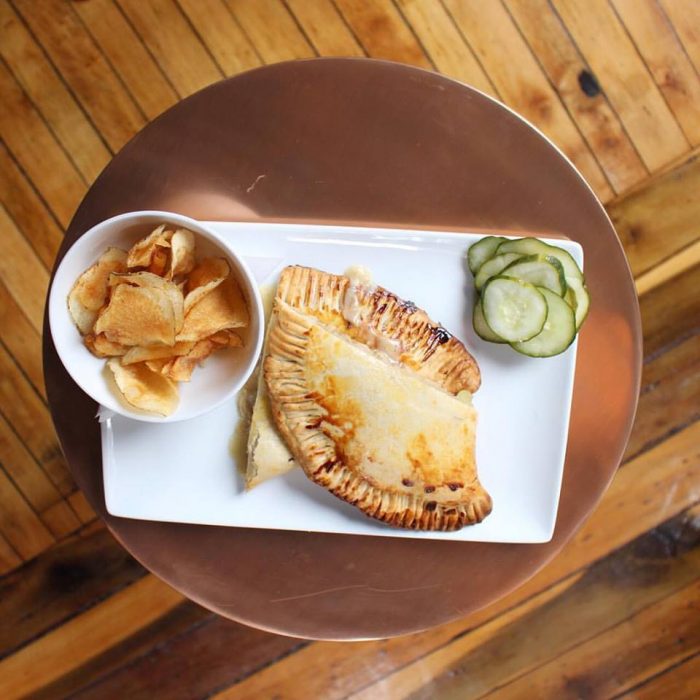 Upon opening Lucky Day has roughly 400 different types of whiskey, with that number increasing to 600 by fall. The bar serves both old world and modern whiskeys, as well as classic whiskey cocktails and house cocktails.
Tim Stevens told The Buffalo News the whiskey library goes “deep into brands and varieties, now that whiskeys are obtainable from all around the world.”
There’s also a 20-bottle wine list and 20 beers on tap, according to Buffalo Rising. Lucky Day is also working with Community Beer Works on its own custom brew. 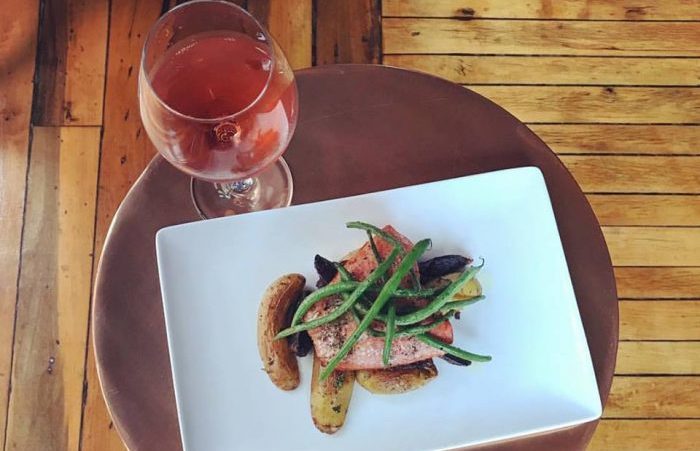 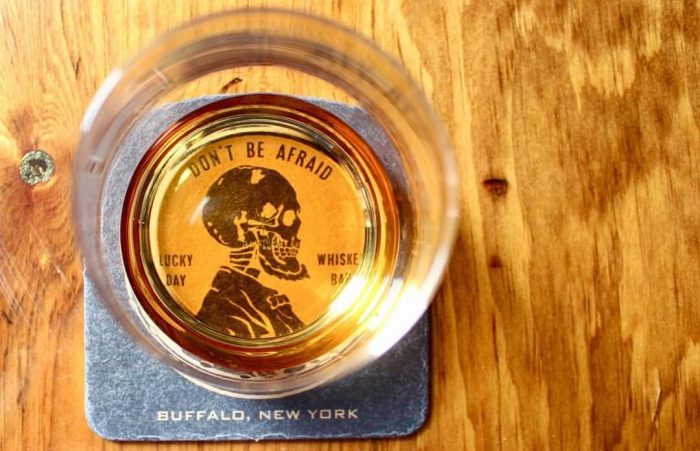 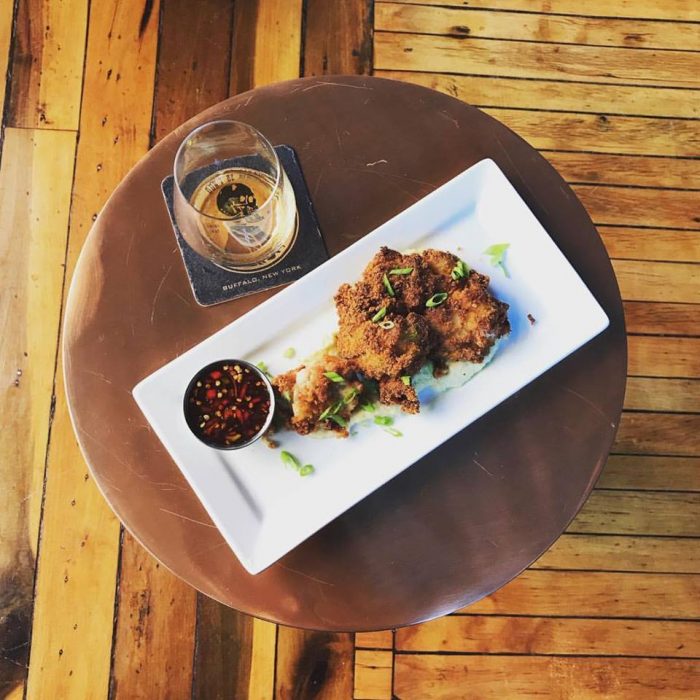 The old world style is clearly on display at Lucky Day. Expect balcony seating overlooking the bar, and first floor booths with old world tapestry draw curtains for privacy. It’s just the right type of old charm that isn’t too overbearing.
The back bar holds up to 600 bottles of whiskey with a rolling library ladder to reach them, according to The News. The restaurant seats about 85 patrons to begin.
“The entire back bar is ceiling to floor, front-lit so the labels will pop,” Tim Stevens told The News. “I want to take it to the ‘Oh my god you’ve gotta see this,’ level, more of a destination if you’re into brown spirits.”

Patrick Koster is from Buffalo, NY, otherwise known as the land of beer, bipolar weather and wings. He plans to one day rule the world. Whenever he isn't on his quest for world domination, Patrick enjoys talking in the third person and storytelling, with a passion for news, sports, culture and anything in between. Patrick is currently working on deciphering the new language of Emoji.
Find More ➭