New: Café Godot is a Simple, Approachable, Takeout Spot in Buffalo's West Side 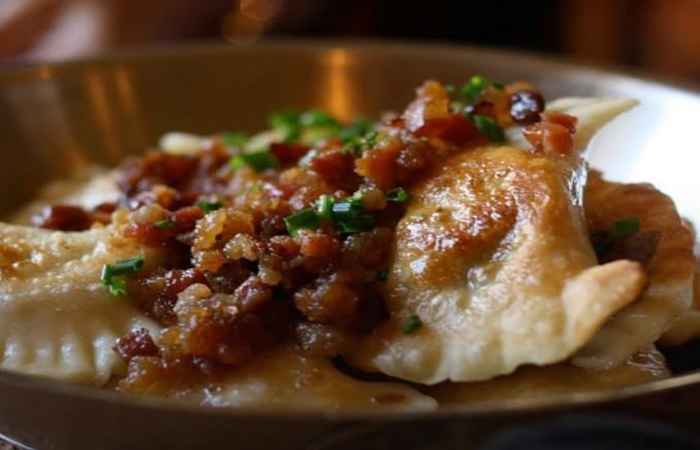 A pandemic. A city road. An empty café and the desperate communal need for takeout, any takeout. Enter Kevin Thurston and Roy Bakos.
Waiting for Godot is a simple play by Samuel Beckett in which not much happens. Eight months into a pandemic, that theme might sound a bit familiar.
So then, the new Café Godot, with its simple menu and emphasis on takeout, is the concept for the moment. Located on a triangular corner formed by Porter Avenue and York Street in Buffalo’s West Side, Café Godot is a venture between two hospitality veterans, the aforementioned Thurston and Bakos. 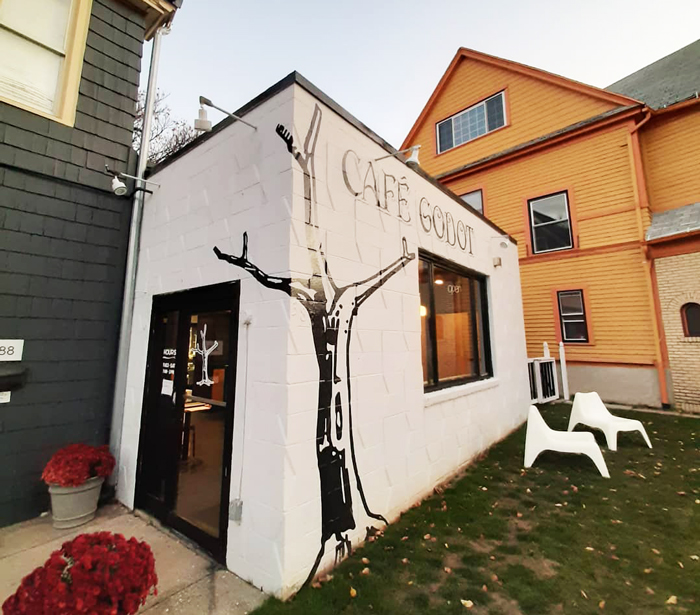 Thurston: “Neither of us want to be anywhere at 2 o’clock in the morning anymore, like cleaning up. So we wanted to do breakfast and lunch. Then, there’s a pandemic going on and because we’re on a triangle corner, we have Porter and York available for pickup and drop-off kind of stuff. It just seems like if you’re going to open up anything during a pandemic that’s food-related – this is the best model to go with.”
When you go to a café named after a Samuel Beckett play, you probably shouldn’t expect eggs, bacon and smothered grits. At Café Godot, the menu will be mostly – all together now – seasonal and locally-sourced. Thurston told me he and Bakos are strongly influenced by their shared Polish heritage, but the café’s menus will include flavors from all over the world. Saying he lived in Seoul for four years, Thurston noted that Korean ingredients and techniques will find their way into his food. 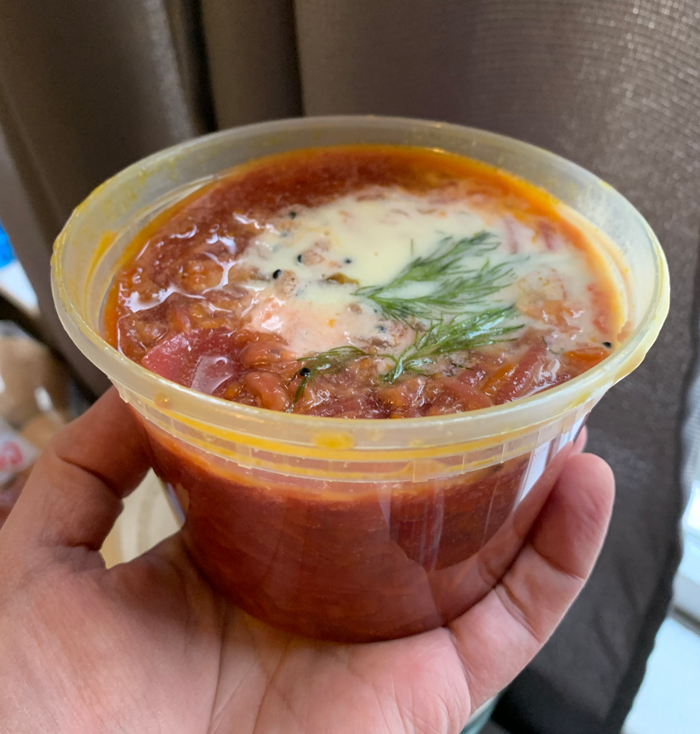 Thurston: “While (a dish) may not read as Korean, it might borrow from it in terms of either technique or flavor.”
He was quick to add that all of the food at Café Godot is meant to be approachable, and not weird for the sake of being weird.
Thurston: “We have no desire to make you feel stupid for not knowing something. Sometimes, restaurants can get a little gatekeep-y that way: You’re either in that club or you’re not.” 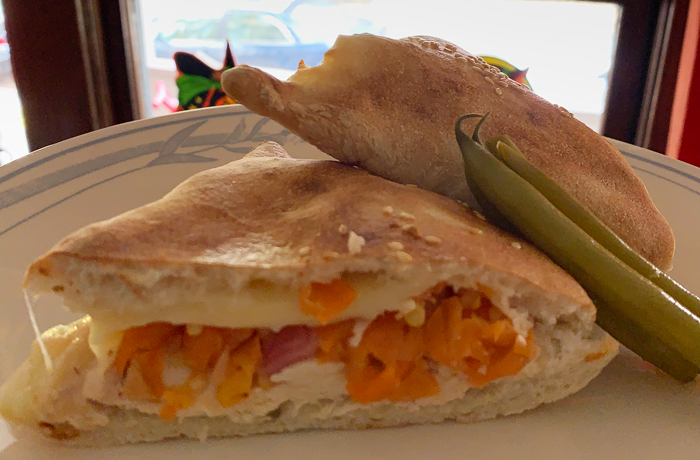 On my opening day visit, I found the menu different but very approachable. Filled with shredded al dente root vegetable, the hearty borscht featured sweet sour flavors. The chicken sandwich (a daily special) was topped with a bright pepper jam to make a light and satisfying main dish. The highlight, however, was the West Side Polka – a kielbasa sandwich with pickled mustard seeds and caraway that tasted just like Dyngus Day, minus four to five Tyskies.
Thurston: “I feel like if I get you to eat there once, you’ll come back. It’s just about finding, for lack of a better term, your gateway drug. Maybe it’s the West Side Polka. You’re like, ‘Okay, it’s a Polish sausage sandwich. I know what that is. I’ll start there.’”

Without any inside seating and one outside table, Café Godot is basically a breakfast and lunch takeout joint at this point. However, Thurston said they are looking to expand service, as the pandemic situation allows. He said they are open to hosting “bubble dinners” – where people in their COVID bubble enjoy a private dinner, with a menu to be determined. Those dinners would be BYOB, and Thurston said there are plans to offer beer and wine, possibly as early as the spring of 2021.
Seasons change. COVID levels rise and fall. Thurston and Bakos do not move.
Curtain.

Buffalo Beer Buzz: Get in the Mood for Valentine’s Day With These Special Beer Releases