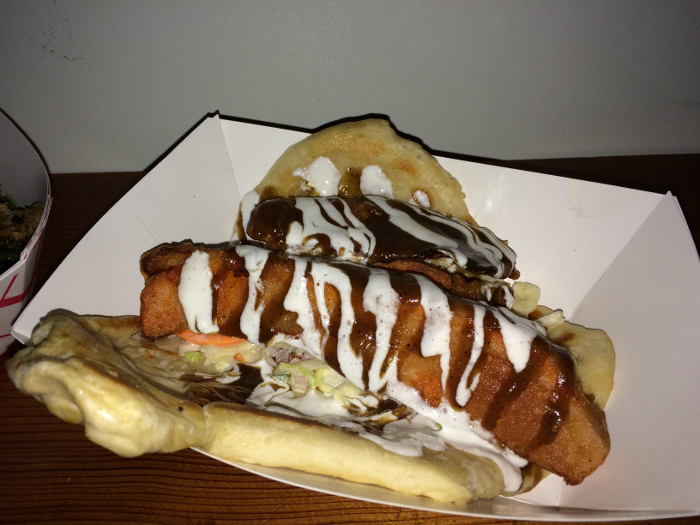 Warm weather is here and so is a brand new batch of food trucks ready to take on the masses. With all that comes the first Food Truck Tuesday of the season, now happening at both Larkin Square (5 – 8pm) AND Flying Bison Brewery (4 – 9pm) on April 19th. In honor of the FT celebration, we thought why not round up some of the new must-try trucks of the summer. A few will be at Larkin, some at Flying Bison, and others will be doing their own thing. Find them now and let us know what you think! #noregretz

Cuisine: Latin American/Asian
This brand new truck has been getting rave reviews from food bloggers and civilians alike since their first service just a couple weeks ago. The food is influenced by Latin American and Asian flavors and co-owners Sam and Matt are working hard to bring some pretty unique stuff to their menu. We loved everything we tried during our experience just a few days after their opening. Learn more and hear about what the heck Lomo means here!
Lomo will be at Flying Bison during Food Truck Tuesday on 4/19 and for the rest of the season.
Read More >>

Cuisine: Asian
Even greener than Lomo, Gourm-Asian hit the streets just last week, with a grand opening at Resurgence over the weekend. Owner/operator Greg has high expectations for the truck from the food to the experience (think custom fortune cookies and slow beat reggae playing from the speakers) and community involvement. We’re super excited to see what this crew brings to the group! Learn more and hear all about the plans for Gourm-Asian Bistro here.
Gourm-Asian will be at Larkin Square for the first FTT on 4/19. After that they will rotate between Larkin Square and Flying Bison.
Read More >> 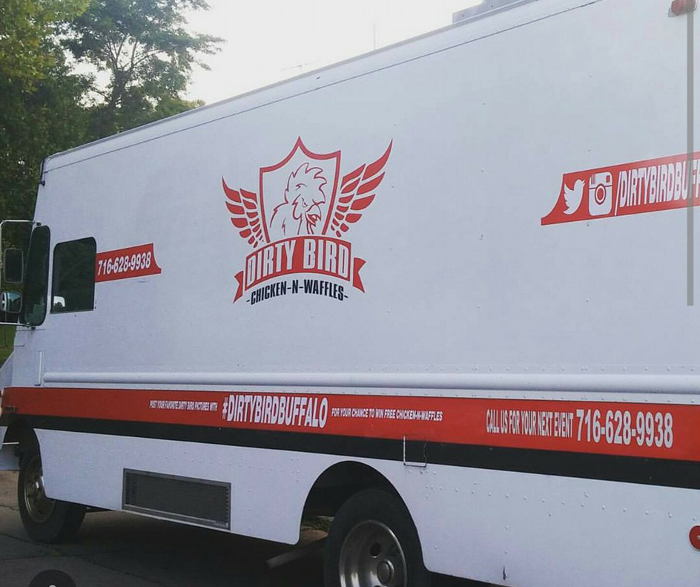 Cuisine: Chicken N’ Waffles
Who can say no to chicken and waffles? This well-themed truck owned and operated by Raul Parker hit the streets of Niagara Falls back in January and has been getting awesome feedback for taste and portion size. The menu is a mix of signature waffle sandwiches and finger foods. These guys frequent Niagara Falls (you lucky ducks), but occasionally you’ll find them in the Northtowns and Buffalo too, so keep an eye out!
As far as we know they won’t be at FTT but you can find out exactly where they’ll be by following them on Facebook. 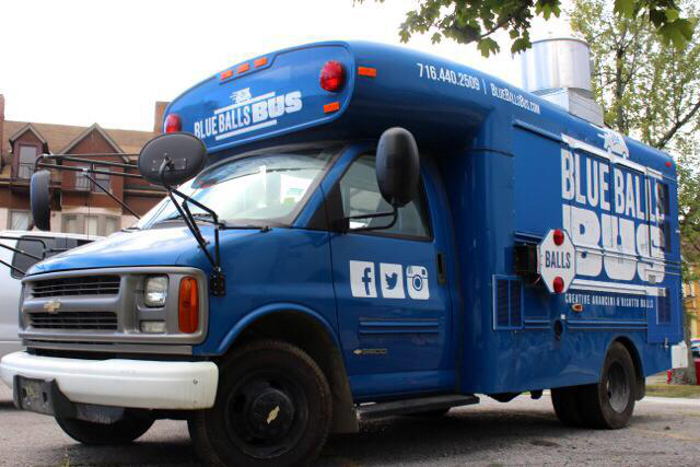 Cuisine: Arancini with a twist
This cleverly (IMO – but hey I didn’t mind Dog e Style either) named truck debuted on St. Patty’s Day with a whole bunch of balls. The entire menu (which changes completely from week to week) is based off of the Italian arancini – AKA stuffed rice balls. Owner/operator Zina takes the “balls” in all different directions in terms of cuisine, making for an exciting, off-beat experience.
Blue Balls Bus hopes to get involved with Food Truck Tuesday later in the season, but right now you can regularly find them for late night at Essex Street Pub on Tuesday’s from 1am – 3am. Follow them on Facebook for more info! 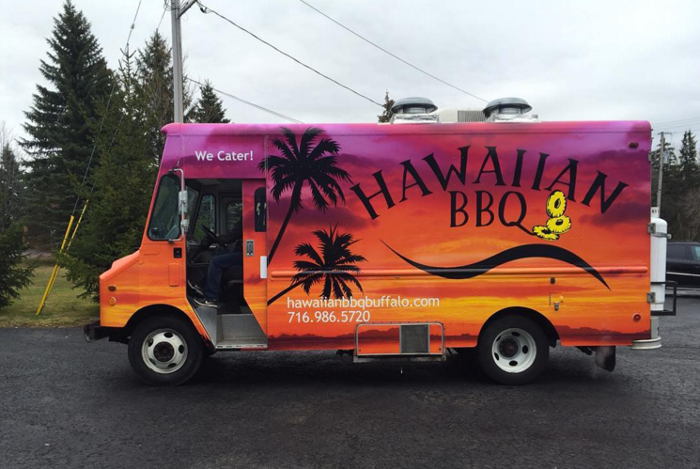 Cuisine: Hawaiian Barbecue
This island style BBQ truck hit the streets of Buffalo/WNY just over a week ago. They’re serving up Hawaiian barbecue (obviously) and the menu sounds delicious. Hawaiian BBQ Short Ribs, Hawaiian Fried Rice, Banana Spring Rolls? Yes, yes, and yes. It looks like this crew has tons of lunch appearances planned this spring/summer. Learn more about the truck, owners, and food here!
Hawaiian BBQ will be at Flying Bison during Food Truck Tuesday starting on 4/19. 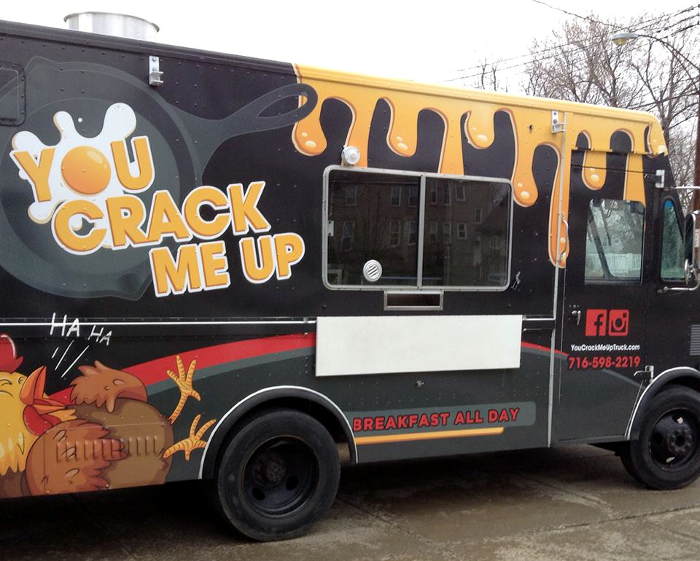 You Crack Me Up Truck

Cuisine: Breakfast All Day
The former owner of Two Sisters Cafe in OP, Diane Smith has changed directions and is hitting the streets with a mobile kitchen called You Crack Me Up Truck. The breakfast all day truck will have omelettes, breakfast burritos, “Brunchy Lunch Bites”, a daily quiche special, homefries, and more.
You Crack Me Up will be at Flying Bison during FTT this year. Find out where else they’ll be on Facebook.