If you’re reading this, SOB analytics tells us that you’re likely staring at your phone and while we’d like you to continue staring at your phone until you reach the end of this article – we’d also like to suggest putting down the phone once in a while and picking up an actual, physical game.

You wouldn’t be the only one, as a lot of people have been picking up board games lately, or strategy games or party games. And a lot of people are going beyond the classics like Monopoly or Magic. As with breweries and Buffalo real estate, there’s been a resurgence in good old-fashioned physical gaming, to the point than many are embracing lesser-known “alternative” games like (Settlers of) Catan and Ticket to Ride.

Over on Grant Street in Buffalo’s West Side, Gather & Game by Westside Stories is here to service your newfound gaming passion. Co-owner Joe Petri recently told us he’s seeing a trend where games are becoming more popular, and that increase in popularity was a big reason why he and his wife Jeanenne opened Gather & Game, after already owning the Westside Stories bookstore across the street.

In particular, games based in strategy are becoming more popular, as opposed to games like Monopoly or Chutes and Ladders that are based heavily on luck. Joe Petri said strategy games like Catan and Ticket to Ride “have relatively easy mechanics to learn and pick up, but there’s some complexity once you get into the game because they also involve a degree of strategy and how you’re going to execute on that strategy.”

If strategy games sound like too much thinking, especially after a long day, Gather & Game also has party games like “What Do you Meme?” and games based on films like Star Wars or shows like Game of Thrones. Of course, there’s always the classics.

The games at Gather & Game can be complex, or they can be simple. Take StoryCubes: They’re just dice with images on each side. The idea is to roll the dice and use the images that appear to make up a story. It sounds simple, but people use StoryCubes for all kinds of cool activities.

“A lot of people use them with little kids as a fun storytelling activity,” Petri said. “I met one guy who’s a writer who said he uses them sometimes when he has Writer’s Block. I’ve seen ESL (English as a second language) teachers use them (to help teach English).”

All it takes to have fun at Gather & Game is a bit of imagination, and a few bucks. It’s $3 for one day of gaming, $25 for an annual membership or $40 for a couple. In addition to games, there’s also coffee, soft drinks, and Breadhive desserts for sale.

Add it all up and Gather & Game is another great excuse to head out to Grant Street.

“I think if you haven’t been to the West Side in longer than a year or two, you need to come back and see it,” Petri suggested. “Every month it’s transforming.”

“The only reason we’re able to do (Gather and Game) is because the bookstore has been growing,” he added. “If we had one business that needed life support, there’s no way we could double-down and do a second.”

Petri added that is proud to be a part of the growing business community on Grant Street.

“(Return on investment) matters to me, but it’s not the only thing,” he said. 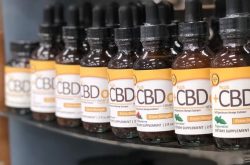 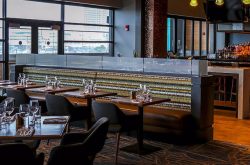 This often overlooked fine dining establishment is one of the nicest setups downtown and a great place to get your fill of…
.
Near me
20 miles