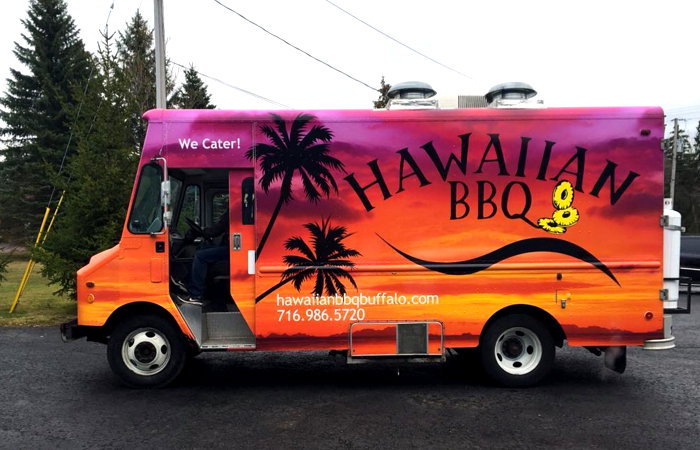 Is it just me or are palm trees on the side of a food truck a good sign?
Thanks to partners Freda and Frank Pleto and John Nappo, Buffalo has a new Hawaiian BBQ Food Truck. The new seasonal truck hit the streets just a couple weeks ago will be making an appearance at Flying Bison for the first Food Truck Tuesday of the season (4/19 from 4 – 9pm) and every Tuesday after that.

As you may have guessed, the truck serves Asian-American fusion with an island twist – AKA Hawaiian BBQ. “The marinade we use is pineapple, that’s where the island twist comes in,” explained Freda who is originally from Guam and whose husband Frank is from Western New York.
The trio decided that Buffalo needed a place to get island style barbecue which is common on the west coast, but hard to find around here. We agree. We need it bad. 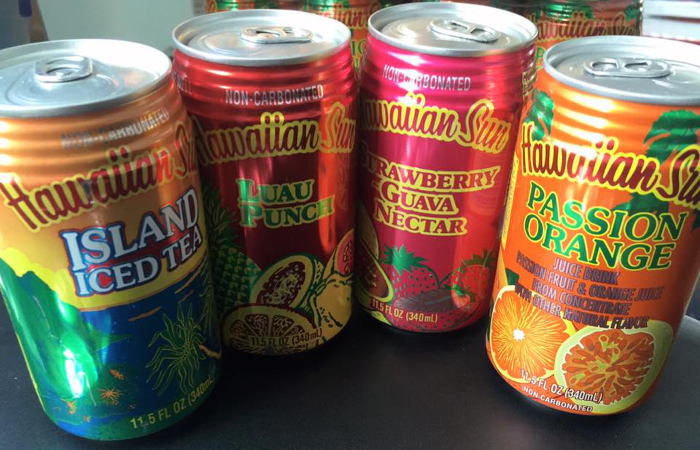 The truck will serve hot and fresh dishes consisting of plates like Hawaiian BBQ Chicken ($8), Chicken Katsu ($9), and Hawaiian BBQ Short Ribs ($10) which each come with white or brown rice, Hawaiian Mac Salad, veggies, and a wedge of pineapple. They’ll also have Chicken Kabobs ($6), Hawaiian Fried Rice ($7), and Crispy Shrimp and Island Salads ($7-$8). I’m pretty curious about the Banana Spring Rolls ($3) myself.
The truck will be out for service during lunch Tuesday through Saturday (at Roswell, Fetch Logistics, etc.), various events, and dinner as their schedule fills up.
To learn more about Hawaiian BBQ follow them on Facebook and Instagram. Plus head to their website to see the menu and find out where they’ll be next!