It’s hard to imagine the City of Buffalo’s resurgence without the Elmwood Village being a cultural hive of activity throughout the 90s, and from the mid-90s through the early 2010s, Le Metro on Elmwood Avenue was a major hub of that cultural activity.

In the mid-90s, Le Metro’s bistro concept changed the game locally by galvanizing on-trend cooking and a casual atmosphere: You could show up in jeans and enjoy the latest food trend being flogged by Emeril Legasse or Martha Stewart. Of course every new upscale restaurant is like this now: on-trend and casual. No jacket required at places like Toutant or Las Puertas. 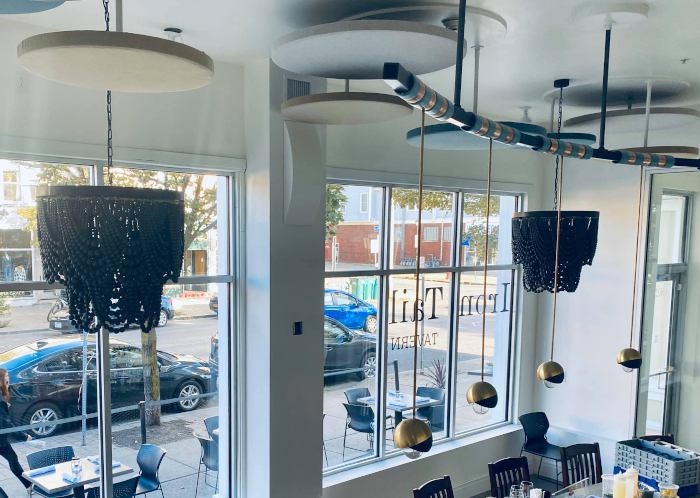 Jon DiBernardo, the restaurateur behind Le Metro, recently made a return of sorts to Elmwood Avenue — launching a new restaurant concept with his wife Jacqueline called Iron Tail Tavern. Rather than try to revolutionize Western New York dining, Jacqueline DiBernardo and her husband are seemingly focused on providing comfort to Elmwood Villagers, something we could all use a bit of right now.

Speaking as a representative for his wife’s restaurant, Jon DiBernardo told us while the food at Iron Tail is rooted in local sensibilities, you shouldn’t expect chicken wings, burgers and other Buffalo mainstays.

“One of the problems with the restaurant industry is this very difficult paradox: You are providing things that everybody wants but trying to be different as well,” he said. “So, it’s no surprise that there are a lot of burgers and wings on a lot of restaurant menus. If that’s all you’re doing, it’s easy to fall into the trap of being (run of the mill). So, you have to find a reason to do some things your way.”

The current menu features strip steak and pork chop alongside Moroccan-style chicken and vegan coconut curry. We sampled the opening takeout menu that was available earlier, and the pork souvlaki with quinoa we tried was an elevated fresh take on diner classic. Our bulgogi app may not have evoked Korea, but the barbecue beef hit the spot, all the same. The French fry sampler, with multiple dipping sauces, was the app we never knew we needed. We didn’t get them for takeout, but housemade cocktails, craft beer and wine are all available, with cocktails being a particular point of emphasis.

While people will be coming through the doors of Iron Tail for food, drink and good service, Jon DiBernardo said his wife’s restaurant is focused on building relationships to customers and the surrounding community.

“I think Le Metro was like all successful Buffalo restaurants: It was locally owned and locally operated,” he said. “Chains don’t do well in Buffalo for a reason: People are about relationships in Western New York.

“I like the relationship of the back-and-forth. Finding out what people like and giving it to them while still maintaining the philosophy of your vision. I think that’s what the most successful restaurants do. For Christ sakes, The Old Pink Flamingo has existed for many years and it’ll be there for many more. There are certain things that it does, that not many places would venture into.”

“I don’t know if I want to compare ourselves to The Pink Flamingo,” he laughed, “but I sure wouldn’t mind their longevity.” 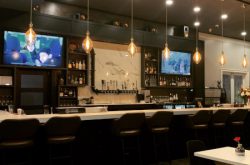 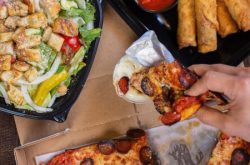 The bar-restaurant has a “big city” feel to it, with its high ceilings, large lounge area, minimalist artwork, modern furnishings, and open…
.
Change Location
To find awesome listings near you!