You may remember “Flutie Flakes” and “Kelly Krunch”- now get ready for “Josh’s Jaqs! Bills QB Josh Allen announced in a tweet Friday night that he’s always dreamed of having his own cereal.
We’ve all seen the Buffalo hero’s cereal blow up on social media, but did you know that the cereal is benefitting a local hospital here in Buffalo? In a tweet Allen explained that the cereal will help raise money for Oishei Children’s Hospital.

Big weekend ahead! Football is back and Limited Edition Josh’s Jaqs will be available in @Wegmans stores starting this Sunday, September 13th. It’s always been a dream to have my own cereal, thanks @PLBSports !! Pick up a box and support Oishei Children’s Hospital @ochbuffalo pic.twitter.com/9ptDpZKSLb

According to WIVB, Josh’s Jaq’s have hit the shelves at Wegmans. Go get’em while supplies last!

Shannon is a recent graduate of St. Bonaventure University where she studied Marketing and Strategic Communications. Fun Fact: she runs a small baking business on the side!
Find More ➭ 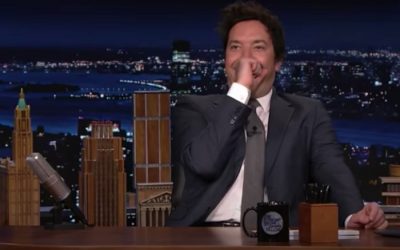 You’ll Never Guess Why Buffalo Made The Tonight Show

On April 16th, the one and only Jimmy Fallon shouted out Buffalo on The Tonight Show! The main reason being... the brand new bar with a dog park that just opened in Cheektowaga - Barkology. It's a dog park, bar, and doggie day care all-in-one. You can read all about...

The Ravine / Photo by Patrick Koster It’s fun, it’s played in the great outdoors, and it’s relatively inexpensive. Known as Frisbee golf, disc golf, or our favorite “frolf,” this sport’s popularity has grown in recent years, both professionally and...

Photo courtesy of K-Art at The K-Haus Travel + Leisure, a nationally recognized magazine dedicated to providing updated travel info and tips, made a list of the BEST places to visit in 2021. Since international travel is still so unpredictable, they kept the list to...