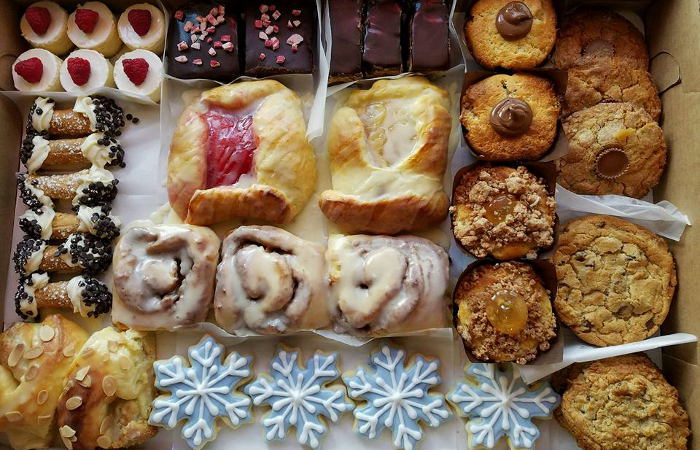 Reality shows often feature gifted teens, skilled beyond their years and seemingly driven by perpetual ambition.
While she may not have appeared on a small screen near you, Kaylena Eisenhauer is one of those extraordinary teens. At just 19 years old, the Orchard Park native already owns her own bakery after her homemade sweets essentially went viral.
“It was all word-of-mouth,” she told me on a recent visit to her Kaylena Marie’s Bakery one cold, rainy morning.
“I didn’t pay for any advertising or anything,” she added sheepishly. “It just took off, honestly.”

While she’s had a passion for baking long as she can remember, Eisenhauer really started taking it seriously as a junior in high school, setting her sights on opening her own place and even registering a business at City Hall.
She started with making cookies at home, experimenting with different recipes, making incremental tweaks and trying to craft something unique – all this while also working part-time at Delta Sonic.
“My last two years of high school, I barely slept,” she mused. “I went to school all day. Got home, and then went to Delta until 9 pm. At nine, I would go home, and all night I would bake.”
While her job at Delta Sonic was meant to be the type of basic moneymaker that most teens have during high school, it actually turned out to be a vehicle for realizing Eisenhauer’s true passion. Bringing in her cookies regularly, they eventually found their way to Delta Sonic’s director of food service.
“The director of food service goes, ‘These are amazing. I need to have my supervisor try this,’” Eisenhauer beamed. 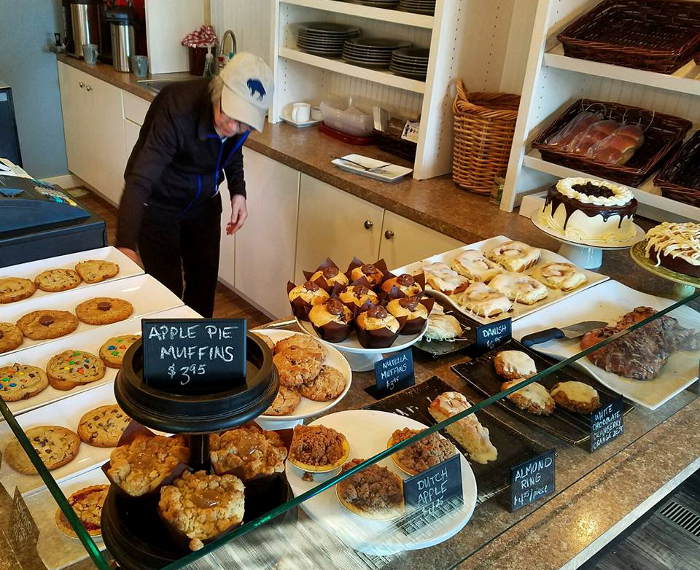 Delta was exclusively carrying Otis Spunkmeyer cookies at the time, and after trying Eisenhauer’s cookies, company executives made the decision have her, then a 17-year-old junior at Orchard Park High School, supply cookies to all their locations.
Eisenhauer’s second break came when she was asked to judge a small, local baking competition.
“Russ Salvatore was there and I thought I should probably talk to him,” she told me. “I said, ‘I would love to see how you work things. I just want to take a look (at your kitchen) before I open my bakery in Orchard Park. He was like, ‘Yeah you can come next Monday.’”
On her visit to the kitchen at Salvatore’s Italian Gardens, Eisenhauer brought homemade cannoli, her grandmother’s recipe, which, of course, wowed Salvatore.
“He said, ‘I need you to bring in two, 5-pound tubs of cannoli mix tomorrow,’” Eisenhauer said. 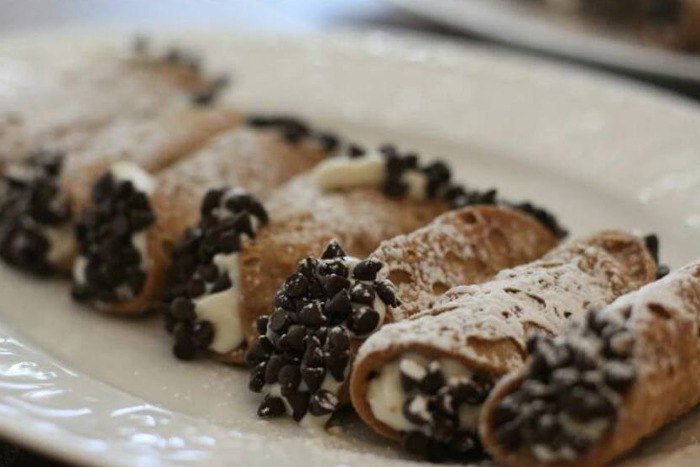 She ended up supplying him with cannoli mix and cheesecakes until Salvatore’s hired a new pastry chef. Other wholesale accounts followed and that run of success led to the opening of Kaylena Marie’s on Buffalo Street in the Village of Orchard Park.
Eisenhauer and her mother, who also works at the bakery, were kind enough to host me and offer up several of their more popular items to sample.

While the bakery may have been built on chocolate chip cookies, cinnamon rolls — I was told — are its top seller these days, and for good reason. Cloaked by a tiny duvet of gooey frosting, the Quarter Pounder-sized confection demands a big bite. It’s undeniable sweetness was crisply harmonized by undertones of fiery, pungent cinnamon.
The white almond cake offered even more complexity: a near-perfect union of almond and lemon that was mild in the cake and more pronounced in the frosting. There was also a gluten-free white strawberry cake, with sliced berries that gave the treat a crucial brightness and lightness.
The cozy bakery has limited seating and Eisenhauer said she is currently working to expand the space. She noted that live café music will make an appearance from time to time.
Clearly, this young lady is destined for great things. I suggest you take a trip out to Orchard Park to visit her, enjoy some amazing baked goods and take in a little bit of Southtowns hospitality.
For more info check out Kaylena Marie’s Bakery on Facebook.