This Black Lives Matter Mural Went Up in 3 Days 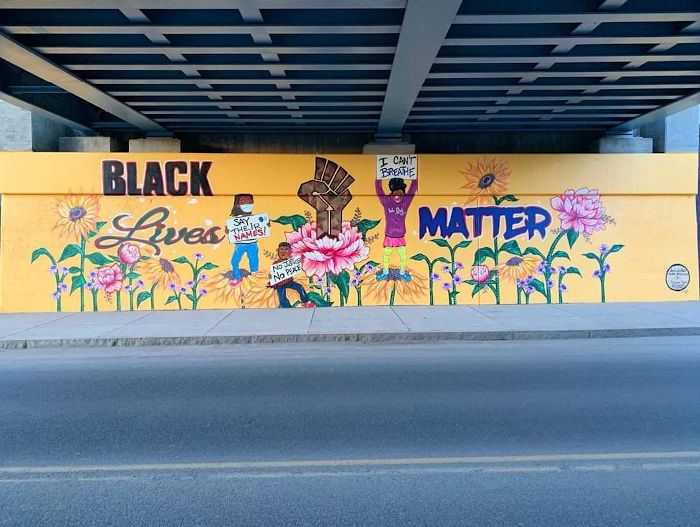 Nothing spices up a walk, bike ride, drive, or even traffic like seeing street art on the side of a building. Local artists have been covering Buffalo and Western New York with gorgeous street art murals for years – some public initiatives, some privately commissioned, all with their own story attached. We’re on a mission to let you know about new street art that pops up. Tell us about new street art murals in WNY here and check out our guides to street murals across the WNY region. 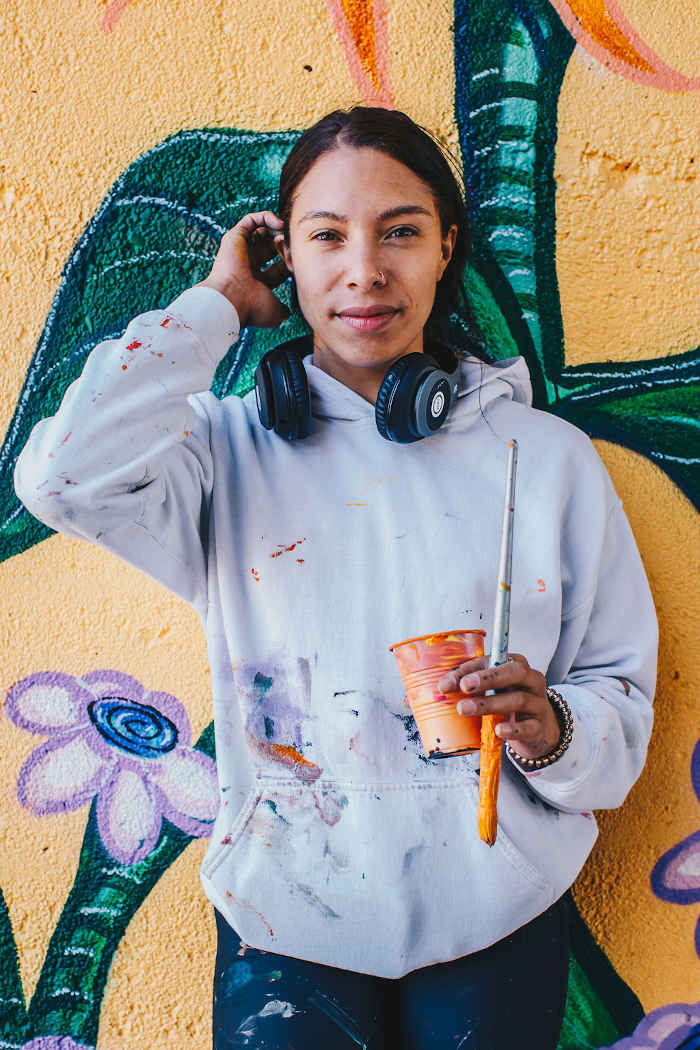 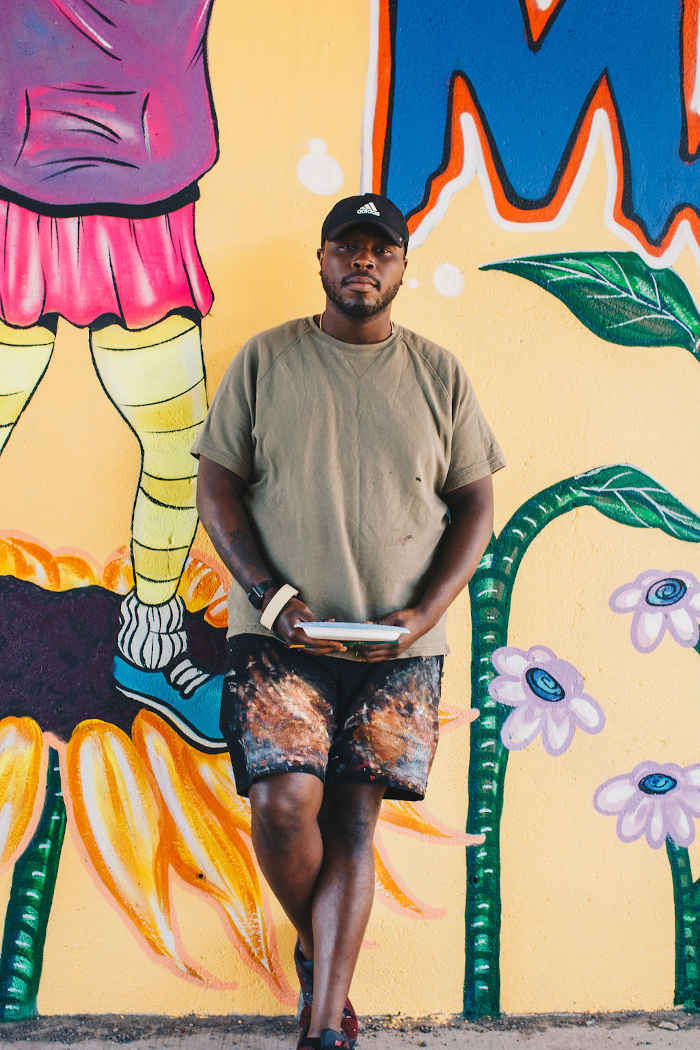 It connects seven other murals from the 2019 Heritage Arts Mural Project, which are part of an ongoing project headed by the Niagara Falls National Heritage Area with grant funding provided by the New York State Health Foundation.

The brand new Black Lives Matter mural is a collaboration between artists Ashley Kay and Tyshaun Tyson (AKA The Left Handed Bandit) and shows three people holding up signs stating “Say their names!”, “No Justice No Peace”, and “I Can’t Breathe” next to the words “Black Lives Matter”.

“In just 3 days we took a 57′ long wall and transformed it into a work of art that not only starts conversations, but also reflects the current times. This is history in the making. #BLACKLIVESMATTER,” stated Tyson’s most recent Instagram post. 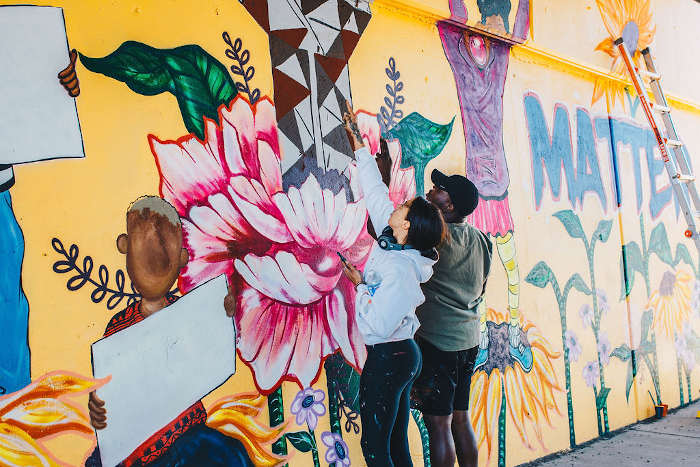 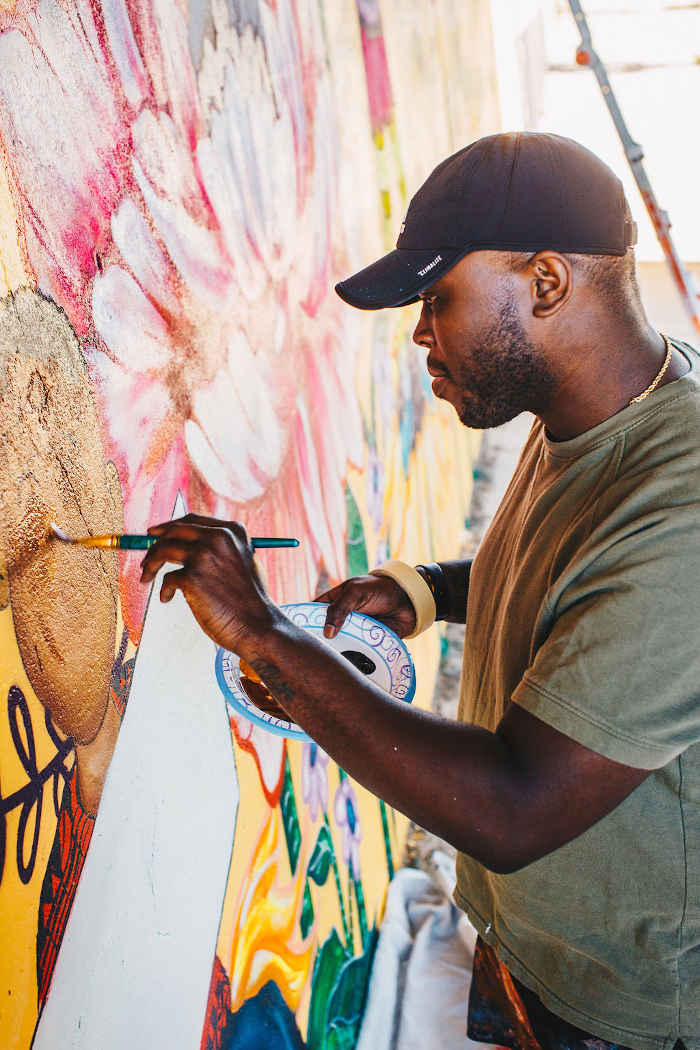 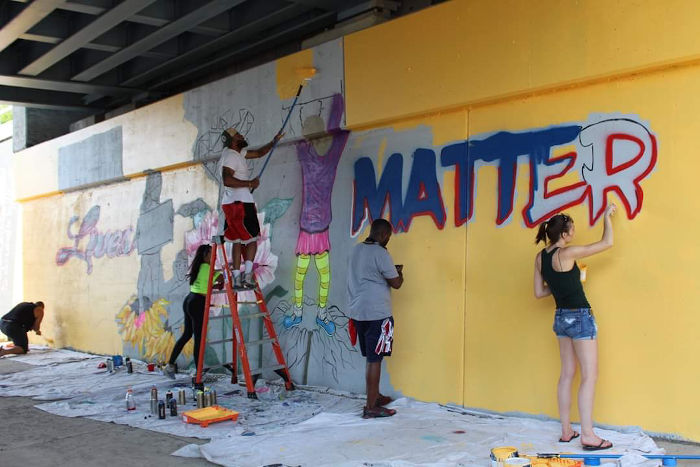 The idea for the Black Lives Matter mural grew from the worldwide call to action for justice for George Floyd and all Black lives lost.

“Our team was inspired by the strength of so many who are making their voices heard and standing up to demand change. And we believe that art can and does create change,” Kay explains.

Artists, Tyshaun and Ashley, collaborated on a design for the mural, and in the matter of days, the team and community volunteers came out to help paint the 57 foot long mural. The mural has been received with overwhelming positive response as passerby’s stop to chat, honk, wave, cheer, and hold a fist up.

In addition to this Black Lives Matter mural, eight more murals will be painted throughout the summer. Artists are welcome to apply and more information can be found here at discoverniagara.org/callforartists. Follow along with the progress of these murals on the following social media pages: Niagara Falls National Heritage Area, Niagara Falls Murals, Niagara Falls Underground Railroad Heritage Center, and @findyourniagara, @nfmurals, @niagarafallsugrr.

A group of Step Out Buffalo team members worked together to create this post from research and writing to editing and imagery. Thanks for reading!
Find More ➭ #blacklivesmatter, Juneteenth, Street Art