Sure our pants are tight, our wallets slim, but there’s food to be devoured and so we trek on. Now that the holiday season has passed and the new year is here, get your tastebuds ready for these recently opened restaurants/bars/breweries/bakeries/cafes/you name it.  We are loving these new additions to the food scene in Buffalo and think you will too. Here’s a bunch of places to add to your must-try list this winter. 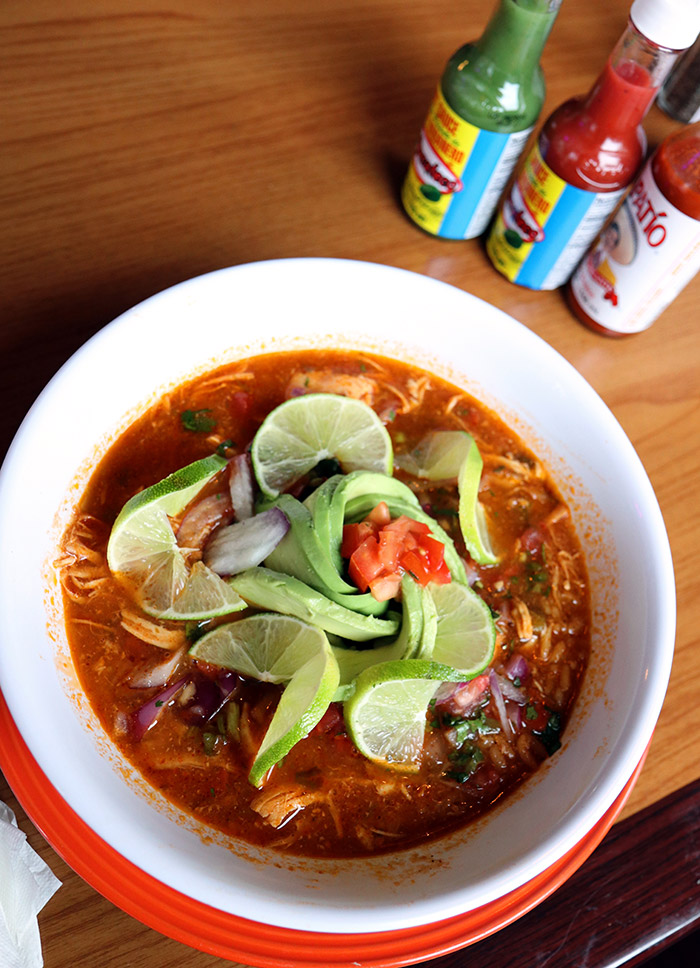 At some point, one of your foodie friends has probably told you that your favorite local Mexican restaurant isn’t serving “real, authentic Mexican food.”

One of the newest local restaurants crushing Tex-Mex right now is Andale Mexican Restaurant. Co-owner Arnold Audelo told us he regularly ate Mexican food at home while growing up in South Carolina but decided to go a different route when opening Andale.

“In the South, most everybody cooks Tex-Mex,” Audelo noted. “It’s the middle ground between authentic Mexican, and like your Mighty Taco or Taco Bell.” Andale offers all of your favorite local Tex-Mex options: burritos, quesadillas, fajitas and tacos. The menu is mostly organized based on the type of protein you want: chicken, steak, seafood or pork.

Not many people are impressed by restaurants that are attached to a hotel. There’s the sense that hotel guests are a captive audience, and mostly willing to choke down anything – so long as it’s delivered to their room, or it’s just an elevator ride away.

And so, restaurant operator Angelo Canna has a tall order on his hands when he agreed to take over Hooked, a seafood restaurant on Main Street in Williamsville that just so happens to be sidled up next to a Wyndham Garden Hotel.

With a solid history of revamping and relaunching local restaurants, Canna said he’s up to the task. He said he’s looking to repeat the successes he had in converting Mackenzie’s into Lucia’s on the Lake, and Dock at the Bay into Dos on the Lake.

Full confession: I was skeptical about the prospects of Fresh Catch Poke, a fast casual restaurant in Williamsville based on poke: a dish obscure enough that must be explained (a bowl of rice, vegetables and raw fish you can find in restaurants and gas stations around Hawaii).

It’s been more than 18 months since the restaurant flung open its doors and the concept has been such a smashing success; they’re doing it again by unfurling a second location in the massive new Aloft Hotel building in downtown Buffalo.

Owner Mike Tobin recently credited the success of Fresh Catch to his restaurant’s interaction with the community.

With a pretty straightforward name, the new Mister’s Bar and Lanes in East Aurora is a revamped bowling alley that might seem like it has a pretty simple backstory, but nothing could be further from the truth.

Co-owner of Mister’s, John Becker knows a thing or two about bowling alleys, less specifically, he knows a lot about the family-friendly amusement business. Working as an international consultant in the industry for more than a decade, Becker has traveled from Kuwait to Kazakhstan to help organizations set up family entertainment centers (think: Dave and Buster’s) in shopping malls.

During a recent phone call, Becker told me about the barcade-influenced concept he and his business partner Arty Petch have for Mister’s, and Becker said this concept is essentially the future of bowling alleys.

The concept behind the X-men or The Avengers movies is simple: Assemble a bunch of unique characters with superhuman powers and watch them do amazing stuff.

That same idea is playing out at the new Waxlight Bar a Vin, where a collection of culinary crusaders are looking to smash Buffalo dining expectations to smithereens.

In the still-being-made entertainment district along Chandler Street in Black Rock, a who’s who of local food and beverage talent has assembled to unfurl the Waxlight banner, each with their own area of specialization: Jessica Railey (sommelier), Joseph Fenush (chef), Edward Forster (chef), Tony Rials (cocktails) and Jeff Yannuzzi (beer). 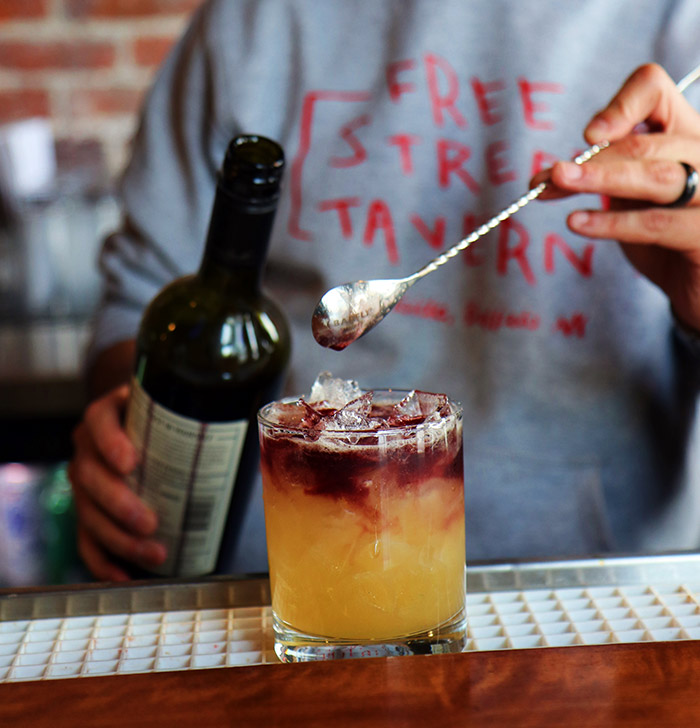 If you want to go out to watch the Bills, Sabres or any other team play, most corner sports bars usually have two drink options: shot or beer.

The idea that you can’t have a good glass of wine, or a well-made cocktail, while watching a game at your neighborhood bar is nonsense, according to Joshua White, owner-operator of the new Free Street Tavern on Niagara Street in Buffalo.

Bearded, wide-eyed and talkative, White has been a staple for years behind the pine at Thirsty Buffalo and Roost. Given that background, it makes sense that he’d want to open Free Street; a small neighborhood bar that also offers a bit of the good shit you can find at a place like Roost, which happens to be right across Niagara Street.

Keep reading: “New: Free Street Tavern Is A Neighborhood Bar With A Bit Of The Good Stuff” >

When you think of your favorite spirit — say vodka or whiskey — you probably think of a favorite brand or cocktail.

But bourbon is so much more than just Knob Creek or a Manhattan: A certain type of bourbon might remind you of a trip down to Kentucky, or a tasty rum might inspire an afternoon of Mai Tais with friends.

The idea that spirits are tied to experiences is the driving force behind the new Hartman’s Distilling Co., which recently opened its doors on Chicago Street, next to the Resurgence brewery in the Old First Ward. Owner Justin Hartman told us his experiences at clandestine craft cocktail bars years ago in New York City triggered a long journey that culminated in the new distilling operation.

A group of Step Out Buffalo team members worked together to create this post from research and writing to editing and imagery. Thanks for reading!
Find More ➭
×