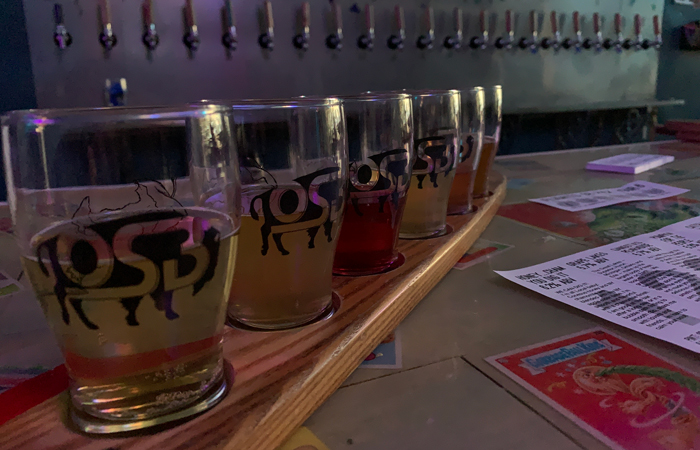 With the rise of craft alcohol, has come a lot of self-seriousness, creative mustaches, soft-focus Instagram shots, old timey hats, tincture-filled eye droppers, and driving for hours to stand in line for an hour just to get the latest hyped-up hazy IPA that tastes exactly like this other room-temperature IPA you can buy at 7-Eleven.

That’s all well and good, but maybe it’s high time that we all remember: Alcohol is supposed to be fun.

At OSB Ciderworks, they apparently don’t need to remember that because they never forgot. With cider names like Cherry Cherry Why Ya Buggin? and Matcha Man Apple Savage, it’s easy to see that fun comes first here, and the Rochester-area cidery recently brought that irreverent playfulness to a new taproom location on Main Street in Buffalo. 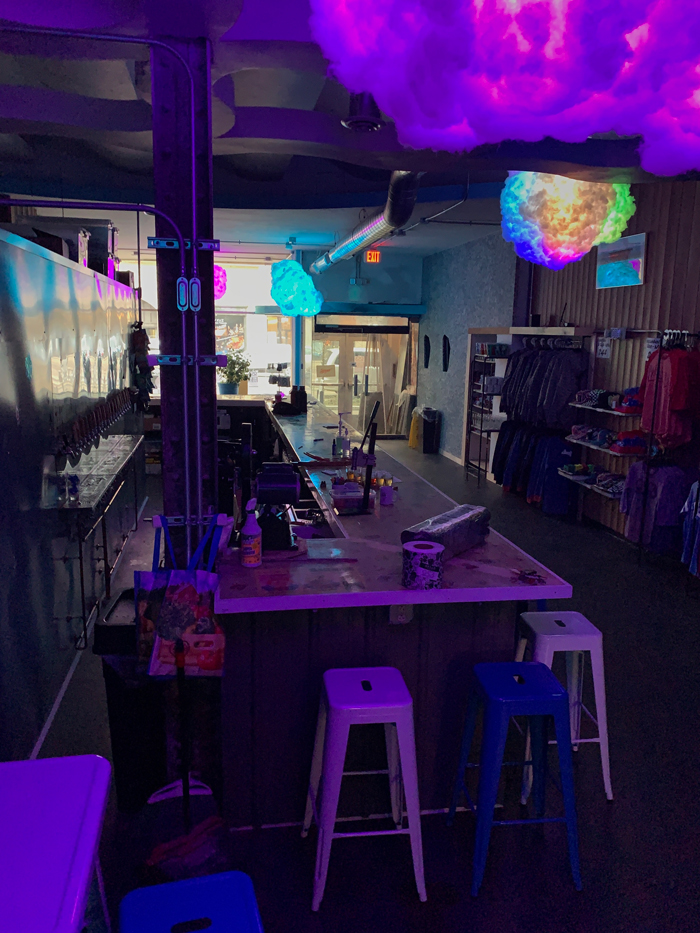 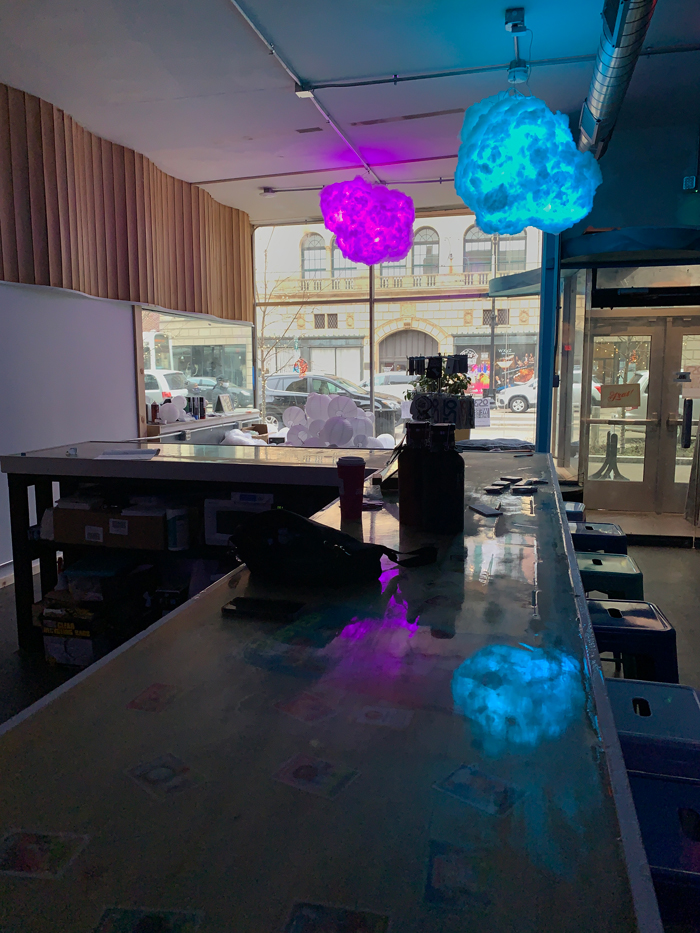 On my recent visit, it was obvious Elise Smith — formally the Head Cider Slinger at OSB — is the mad creative genius behind OSB’s brilliant schtick. A wakeboarder and wanderlust junkie, Smith peppers her conversation with good jokes and run-on sentences, and she has suddenly found herself keeping watch over her family’s entire cider empire, which includes taps in more than 200 bars from Buffalo to Syracuse.

“Cider’s not serious,” she explained to me. “Alcohol’s not serious. I’m probably gonna get shot by somebody for saying that, but it’s not. We’re not single-varietal, barking up the tree of trying to be like, winemakers. Though there’s definitely a place for that and the people who do that, and I definitely admire them, but nobody wants to make Chicken French every day of their life. We’re not into that. We didn’t go into the business to make ourselves bored. It’s as fun as you’ll allow it to be. So that’s why we have a beef-on-weck cider.”

“I mean people try it! And that’s the whole point,” she responded. “Not every flavor is a banger flavor. Not every flavor is gonna be at every bar you go to, because we make weirdo small batch stuff, for us. So we make a beef-on-weck cider, not for the masses, but for the people who come in, cause it’s something interesting and unique.”

At the new OSB location, the personality and good vibes go far beyond clever cider names. Wakeboarding is the theme: from a massive wave mural with an actual wakeboard embedded in it, to a sick sticker wall that will give your cool GenX aunt flashbacks of Warped Tour ‘97. As we talked about decor and the beverage options, hip-hop beats from the 90s to the 2020s bumped in the background. 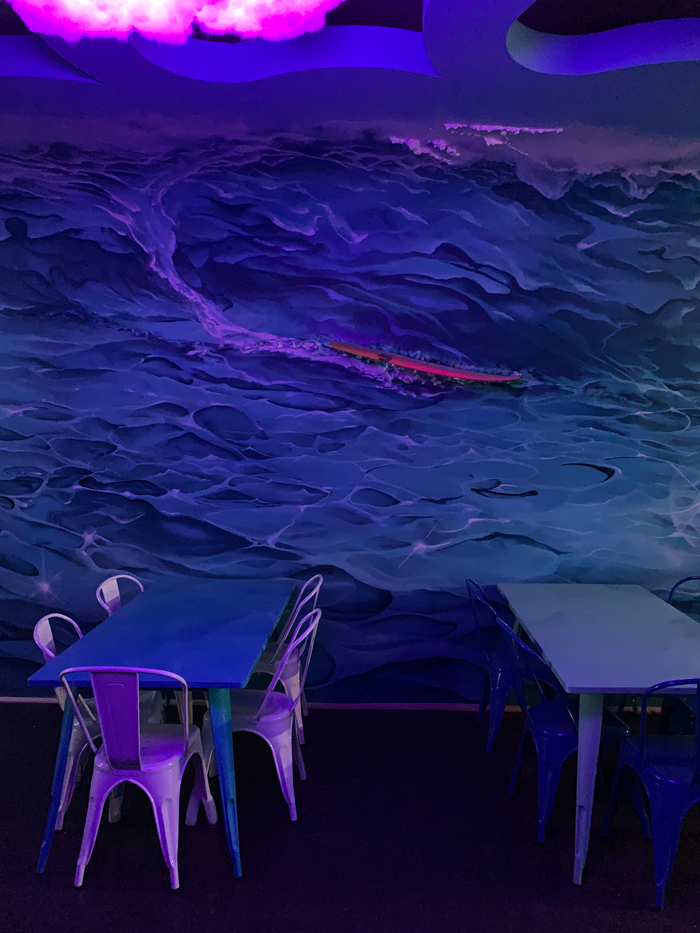 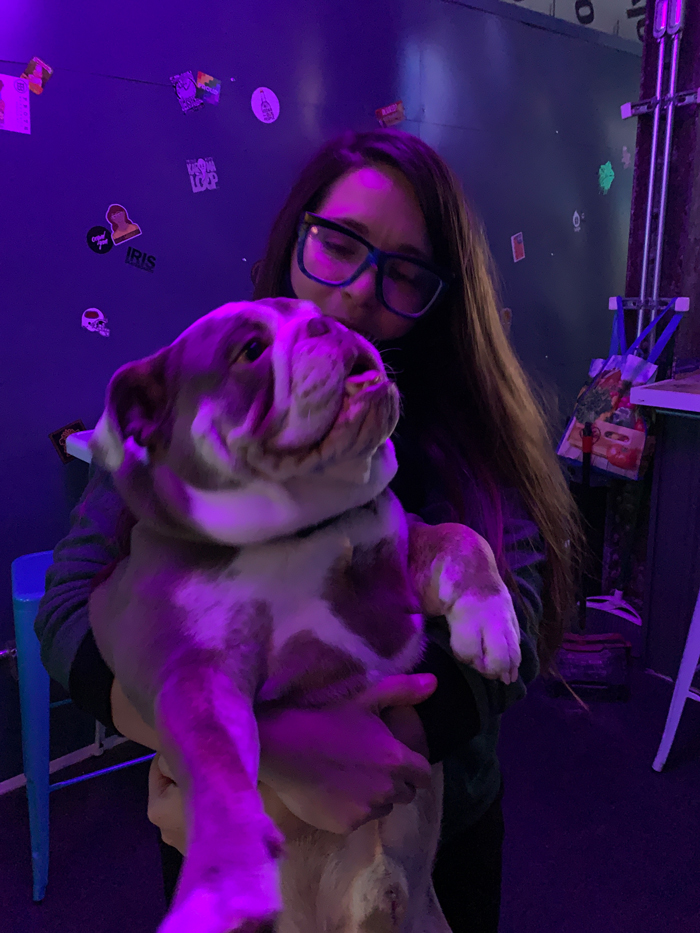 So then, the new OSB is dog-friendly, I was told, and there is no food. However, there is a lot of cider inspired by food. Matcha Man Apple Savage imparted subtle grassy notes and complex overtones. Insane as a Hurricane shipped a soft sweetness that cross-faded in from an initial crispiness. The Honey… CHAM YOU DIG IT cider flexed effervescent chamomile.

It has to be mentioned that the beef-on-weck cider, Weck Me Up Before You Go-Go, tasted absurdly like soup. So ridiculous, it actually puts a smile on your face, like just about everything else that’s going on at the new OSB.

“It’s just fun,” Smith said. “We’ve got cool art, it’s like a weird cool space and there’s a surfboard in the wall.”

Anything you want our readers to know?