New: Sunshine Vegan Eats is all Plant Based with an Urban Twist 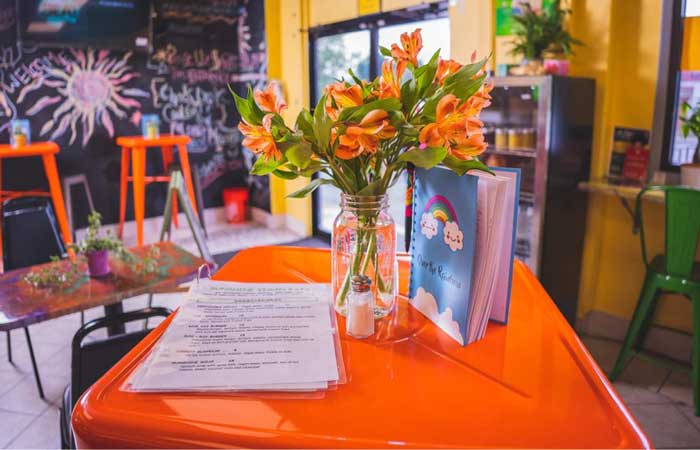 
“It has been extremely, extremely amazing!” she said, in a recent phone interview. “When I first started out, I was busy. COVID hit; and it slowed down a little bit. Just from, you know everybody was nervous. People not knowing what to do. Nobody knew nothing. As things are changing back, I’m getting so much business – to the point that I have really outgrown my kitchen.”
A self-described gym rat with an infectious enthusiasm, Chef Nikki told me a car accident limited her mobility and she had to make changes to her diet in order to stay fit. Those changes ultimately meant switching to an all-vegan diet about three years ago. Not a big dairy fan and eating mostly seafood as her main protein, the vegan chef said transitioning to an animal-free diet was easy. In 2020, she suggested, it is easier than ever. 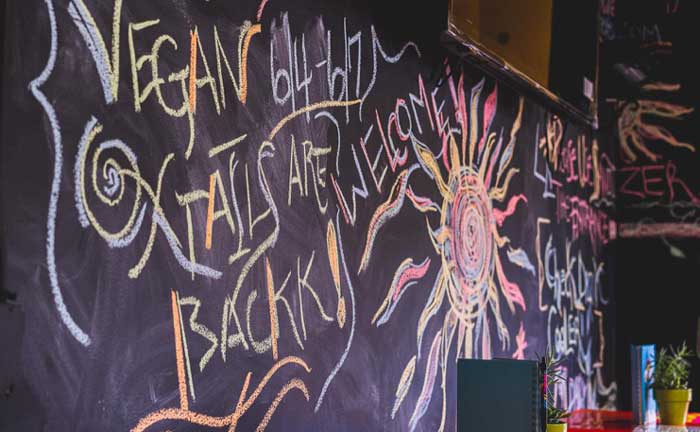 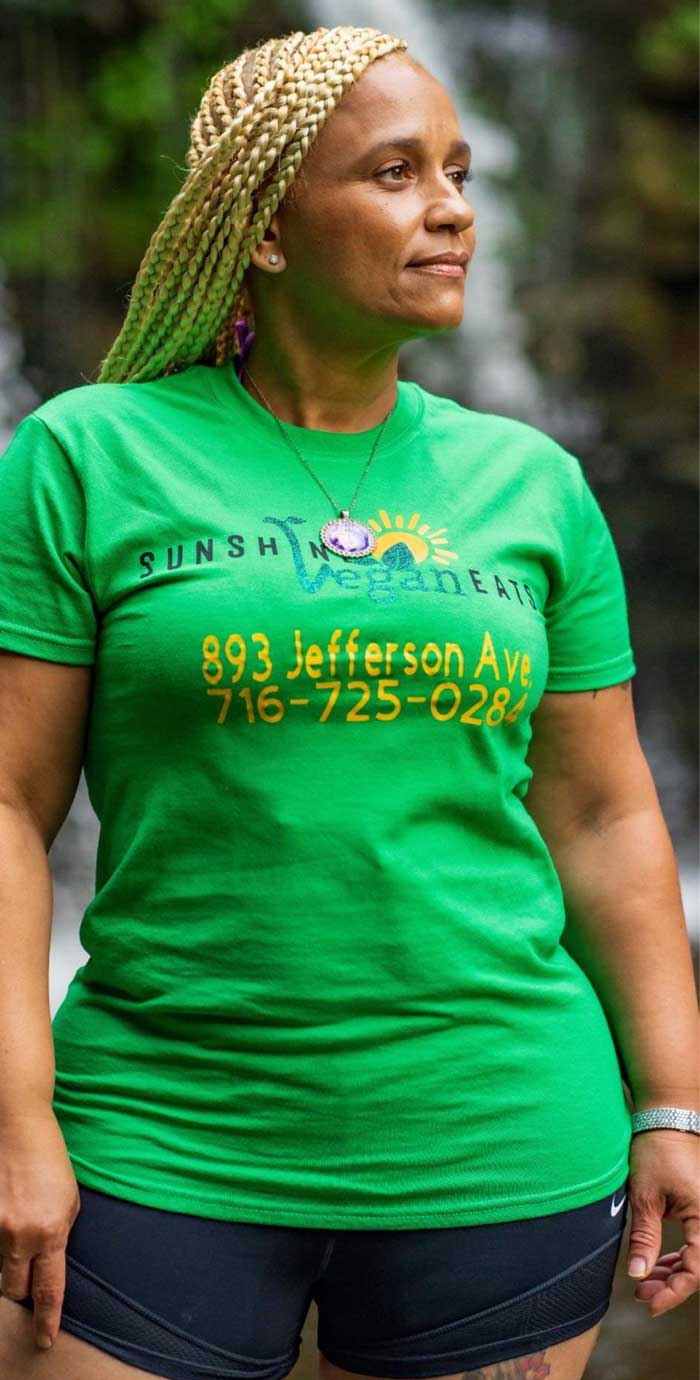 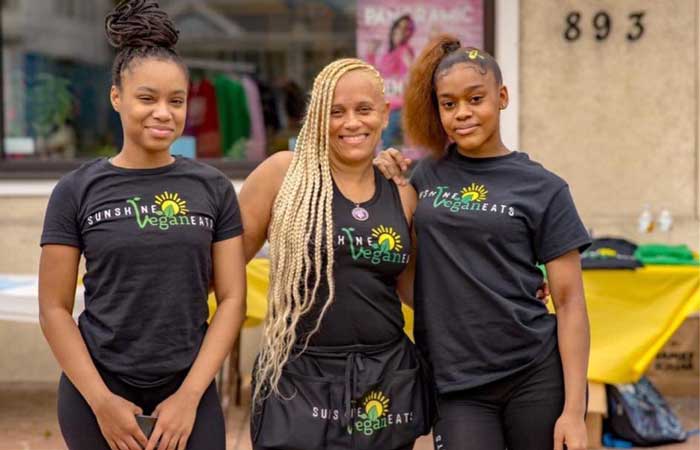 “If you was vegan, I’m gonna say 10 years ago,” she said, “it was different than what it is now. Because now, there are so many social media platforms where people share recipes, ideas. The transition now, to me personally, it’s an easy transition.”
While operating a meal prep business, Searles started woodshedding, then debuting vegan dishes on her menu – often to unsuspecting meal prep customers.
“I would slide in a vegan option, and I kinda wouldn’t tell the people!” she chuckled. “Sometimes you can’t tell people what they’re eating (is vegan), because automatically in their mind – it’s gonna be nasty to them. They just won’t want it.”


She said she never had visions of opening a full restaurant, but “it kind of just happened”:
“One of my girlfriends was like, ‘Hey Nikki, you should open up a juice bar,’ and I was like nah; that aint really what I wanted to do. But once that seed was planted, I started looking around and I’m like – we don’t have many vegan options here in Buffalo.
“When I would go to a restaurant that had vegan options and regular options, I was like: Are you really respecting my whole lifestyle? So, I was just like, you know what, I’m gonna open up a vegan restaurant.” 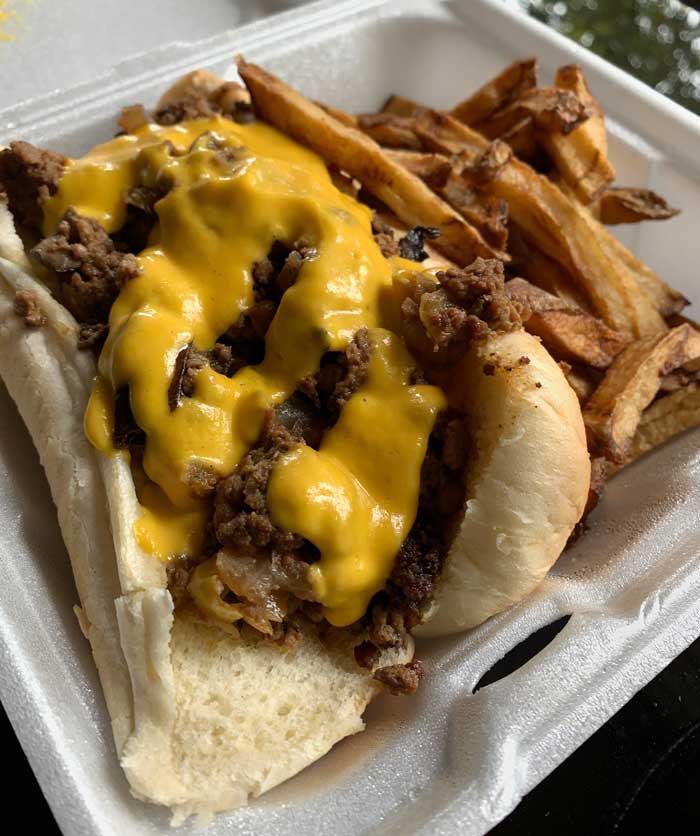 When I stopped in for takeout on a Sunday afternoon, a jazz band was getting set up to perform to socially-distanced customers at tables in the parking lot; makeshift outdoor seating due to COVID. After a smooth takeout experience, I sat down to the Impossible ‘Niyah — a sweet tangy philly cheesesteak, indistinguishable from the meat-and-cheese versions sold by a certain local Steak spot.
I also tried the vegan shrimp and waffles, a special that day. The crunchy and full-flavored “shrimp” had a unexpectedly pleasant cardamom flavor that paired well with waffles and sweet syrup.


Described on the official website as plant based… with an urban twist, Sunshine Vegan Eats and its charismatic chef-owner have made a very approachable dining experience that has to be tried, even by unapologetic, rabid carnivores. You know who you are.

Brett Llenos Smith is a freelance writer based in Buffalo’s Allentown neighborhood who has been covering local food and culture for the Step Out Buffalo over the past six years. As someone with a multi-ethnic background, he has a passion for exploring and understand the many diverse corners of Western New York.
Find More ➭ New Restaurants 2020