It’s a muggy Monday afternoon after a long weekend of drinking, and Andy Mackmin, co-owner of the new Taquito Lindo on Grand Island, is trying to sell me on flower tacos.

No, not flour tacos, flower tacos.

Tacos de jamaica are filled with marinated hibiscus flowers that are grilled and topped with a mild pico de gallo type salsa. Often served as a vegetarian alternative, they’ve gotten pretty popular south of the US-Mexico border in recent years.

Mackmin leveled with me: “When someone told me about this, I said this sounds fucking horrible. Like, they’re ruining tacos. But we were just in Mexico, and people were saying you gotta go try these hibiscus flower tacos, and I’m like, ‘Yeeaaah… I gotta go comb my hair, or something…’

“But they’re actually unbelievably good. Crisp and crunchy, and when you eat them, you’re like – these shouldn’t be that good.”

He was right. Flower tacos shouldn’t be good. But the one I tried was honestly quite the tasty curiosity.

Originally from the Town of Tonawanda, Mackmin met his wife Sandy Ortiz-Juarez in Cholula, Mexico while he was working his first post-collegiate job. After moving to New York City, then living and working there for several years, the then-married couple realized it made more sense personally and financially to move to Grand Island, doing so in 2018.

Pretty quickly after moving here, the Mackmins found they couldn’t locate what they felt was an authentic local Mexican taqueria experience.

“We couldn’t find anything we felt was authentic, with the real colors and flavors of Mexico,” said Sandy, who was born and raised South of the Border. “So, we were thinking maybe it’s a good idea to do our own restaurant. If we cannot find it, we should do it and bring it to the island.”

Even though his background was in finance and hers was in media, the couple set out to develop a menu of authentic recipes that would appeal to the WNY masses. In the spring of 2021, the final ingredients of Taquito Lindo started sprinkling into place when the space that housed the former Viking Diner became available.

Around the same time, the Mackmins met Ed and Cindy Casas. Born and raised in Mexico, the Casas’ also moved to WNY from New York City. With strong culinary backgrounds, the Casas’ had the industry skills and know-how to make Taquito Lindo a well-oiled machine; and the two couples went into business together.

Side dishes include guacamole and chips, pinto beans and red rice – what you might call Spanish rice. Add in a full bar, Pepsi products and a couple Mexican soft drinks, and that’s the whole menu. All in all, it’s a far cry from what the massive scope most local Tex-Mex places are offering, and that’s the point, Andy Mackmin told me.

“The menus that some guys are running are insane,” he said, with no small amount of amazement. “It’s like a million things. I don’t know how they don’t lose money. What we’re interested in is providing a very good, fresh product, good drinks and a good atmosphere.”

At Taquito Lindo, a little simplicity is beautiful, and the former diner has come alive with just a few splashes of Latin color. The Mackmins admitted it’s been a lot of hard work, diving into the restaurant industry for the first time, but for Sandy, the positive reactions of her customers make the long hours and late nights worth it.

“I’m always back in the kitchen chopping meat or vegetables; or doing whatever is necessary to get the food done,” she said. “But in the times when I’ve got out of the kitchen and saw how people were doing, I would look at their faces, see them enjoying their food, and be like: ‘Oh, this is perfect. This is what we wanted to do.’”

Taquito Lindo to bring traditional Mexican cuisine to Grand Island and beyond   More from Step Out Buffalo [sm_anypost columns="1" posts="1" ...

Brett Llenos Smith is a freelance writer based in Buffalo’s Allentown neighborhood who has been covering local food and culture for the Step Out Buffalo over the past six years. As someone with a multi-ethnic background, he has a passion for exploring and understand the many diverse corners of Western New York.
Find More ➭ Grand Island, Northtowns 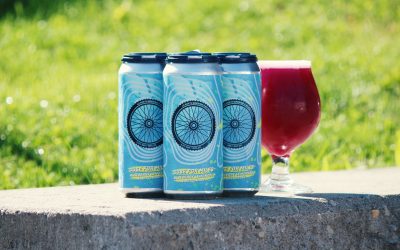 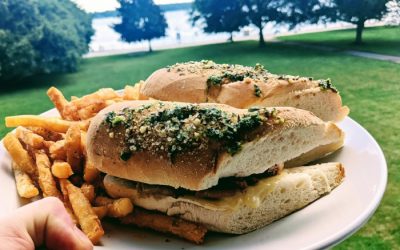