We have a lot of waterfront dining options here in Western New York. Sometimes, a waterfront view goes best with a hot dog and chocolate milkshake. Other times, it calls for something a bit more boujee.

Enter Prescott’s Provisions. Located along the Erie Canal in a former service station, Prescott’s provides beautiful views: inside, outside and on the plate. The refurbished space features an open layout that offers sightlines from the open kitchen, to the patio, to the water.

The restaurant also meets a demand for upscale dining along its particular side of the canal. Folks from outside the area may be more than happy to drive there, but Tonawanda locals are finding it a useful dining option on the south side of the iconic waterway.

Prescott’s fills a particular culinary niche in the area by leaning heavily on upscale Italian fare, featuring dishes like handmade black tagliolini with Maine lobster. There are also handcrafted burgers and wood-fired pizzas, for those who want simple pleasures with their views of the canal. At the bar, you can find quality beers, a wide-ranging wine list and craft cocktails that can hang with the best of ‘em.

As a bit of a city snob, I always find it somewhat unusual when a culinary destination opens up outside of Buffalo. It’s like, “You mean people waay out here appreciate craft cocktails and farm-to-table food?!”

Rest assured, the people of Tonawanda have quickly warmed to the food being served at Prescott’s. Speaking over the phone, head chef Vinny Thompson credited the restaurant’s initial popularity to having both foodie hits and approachable classics.

“At the beginning, you start to build your clientele. There are people that will come in and they may never come back,” explained Thompson, whose culinary past includes stints at the Curtiss Hotel and Buffalo Chophouse. “But then we already have people that I’ve been here five, six, seven times to eat. People are happy with the wide variety on the menu; that we have more than just the typical bar food.”

“We’ve already changed five items on the menu and (we’re looking at) changing another five. We might always have certain proteins on the menu, but we’ll change the garnishes depending on when fruits and vegetables come into season. There are some items that we are buying locally, but there are also items that were importing, like prosciuttos, cheeses and stuff like that. So it’s more about finding the product that we want.”

A lot of local upscale menus like to wow guests with exotic ingredients and terms yanked from a culinary textbook. Chef Thompson keeps his menu much more simple, which suggests the food at Prescott’s is all about quality product and execution. For instance, we found the burger — made with New York cheddar, onion jam, lettuce and garlic aioli — simple, but super crushable.

“The menu is mostly food that I wanted to do – food I like to eat,” Thompson said. “If you give someone a familiar item, you can still do other twists with it, rather than just offering the same thing that’s nearby. But then there’s people that don’t want to try new things, and that’s fine: They order a pizza, a burger, a pasta or something like that. It’s the same thing with the wine list; we’ve got highs and lows.”

With all due respect to chef, we’re finding that it’s all highs right now at Prescott’s Provisions.

Prescott's Provisions offers an elevated dining experience along the historic Erie Canal. Our restaurant is open to everyone, including boaters and cyclists, ...

Brett Llenos Smith is a freelance writer based in Buffalo’s Allentown neighborhood who has been covering local food and culture for the Step Out Buffalo over the past six years. As someone with a multi-ethnic background, he has a passion for exploring and understand the many diverse corners of Western New York.
Find More ➭ New Restaurants 2018, Tonawanda 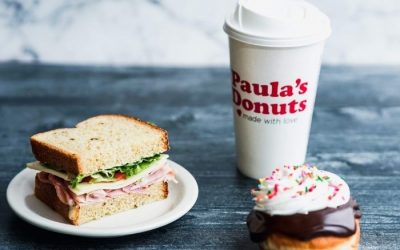 Photo courtesy of Paula's Donuts Centered upon Seneca Street is one of our City's most inviting transformations. What was once abandoned warehouses of rust filled vacancy are now home to weekly concerts, food trucks, and breweries. This place of rejuvenation is known... 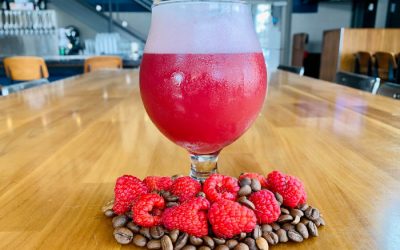