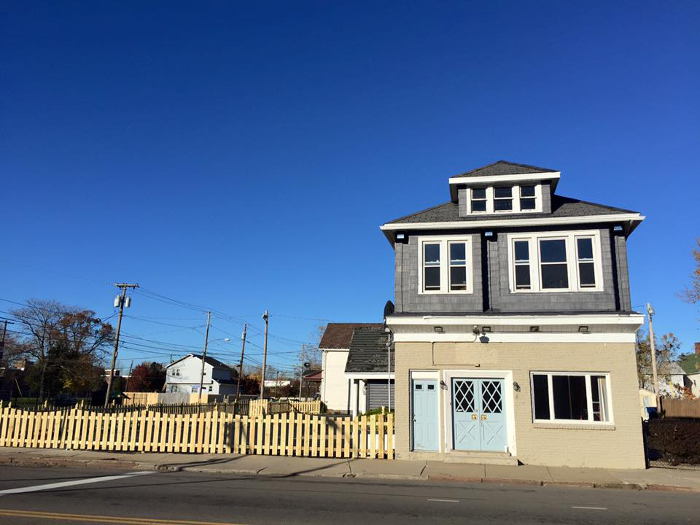 
The Old First Ward is starting to take on a new look.
Gene McCarthy’s, Adolf’s Old First Ward Tavern, and now the old barrel factory on Vandalia Street have all gotten revamped, renovated, and relaunched to varying degrees in recent months and now the former Peter K. Leslie Funeral Home on South Park Ave. has reopened as Undergrounds Coffee House & Roastery.
The new café is a collaboration among three big supporters of the Old First Ward, Bill Metzger, Sara Heidinger, and Bridget Morris. The trio saw a desperate need for not just a neighborhood coffee shop, but for a family-friendly place where people in the area can get together.
“When I was younger, there used to be a restaurant across the street called Mary’s. I went there for breakfast every weekend with my parents and I had my own little cup,” Heidinger told me on a recent trip to the coffee shop. “That closed and then my uncle had a bar called Leahy’s in the neighborhood. They served breakfast on Saturday and Sunday, and everyone in the neighborhood went there on the weekends. Since that closed, it felt like there was a void.” 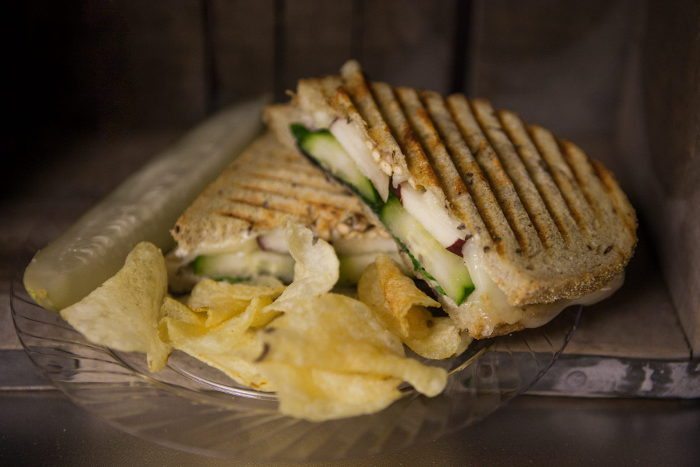 
With its old tile floor and tall ceiling, Undergrounds’ front room fits the bill as the ideal space for families to gather, or groups of workers to grab a quick bite. The rest of the café has a winding layout, with a narrow passage opening up into a back coffee bar and smaller seating area. The labyrinthine layout offers all kinds of spaces for everything from marathon study sessions to job interviews to first dates.
Rather than ignore the history of the building, the café’s owners have embraced death and rebirth using inspiration from Mexico’s Dia de los Muertos and the funerary culture found in New Orleans for their decor. The café also has a lineup of hand-designed mugs that feature people from Buffalo’s past.
As for the coffee and food menus, Heidinger said her team wanted to make sure they’re catering to the historically blue collar neighborhood first and foremost. Case in point: The café will offer Just a Cup, which Heidinger described as, “no latte, mocha… bullshit.”
“When you go to a coffee shop with my dad, he’s like, ‘I just want a cup of coffee! In a mug!’” Heidinger said. “With our place, he can walk down the street and just get a cup of coffee, and feel comfortable getting that.”
However, Undergrounds will also be roasting its own beans, offering espresso drink, pour-over coffee and occasionally featuring beans from other local roasters. The café also has a Roastery Club, with membership including a discount off drink purchases, free bag of coffee, discount off roasted coffee and exclusive offers, and a personalized mug created by local artist Jody Selin.

“If you’re a coffee connoisseur, you’re going to come in here and like what you taste,” Heidinger said. “We wanted to make something interesting that you’ll drive a little bit out of your way for, but at the heart of it – we want to embrace the community that we’re in.”
Undergrounds also offers classic café breakfast and lunch dishes, like paninis, breakfast sandwiches, and mesclun greens salads.
In addition to being a communal meeting place and offering a wide spectrum of food and coffee drinks, Undergrounds also has plans to host a weekly farmer’s market in its parking lot.
“There’s nowhere to buy fruits and vegetables within walking distance here,” Heidinger said. “I mean there’s Master Market, but they don’t have a ton of fresh stuff. So in a sense, we’re in a little bit of a food ghetto for some people.”

With a lot of new cafes, bars, and restaurants opening in Buffalo aimed at becoming a destination, it’s refreshing to see new businesses in the Ward with a neighborhood-first attitude. Born and raised in the Ward, Heidinger said she’s enjoying the changes coming to the old neighborhood, particularly the variety of businesses now open there.
“I love going to Adolf’s because it’s an old pub and I can sit anonymously at the bar. And, now I can walk down to Ballyhoo or Lockhouse and get a really nice cocktail or go to Swannie House and get really good chicken wings,” she said.

“The neighborhood’s gentrifying a little bit, but it’s like a mild gentrification. I’ve never really seen a neighborhood gentrify where people want to embrace what’s already there. Usually, people come in and it’s a lot about changing what was there, making it different or better. With this neighborhood, it kind of feels like people want to be a part of the thread of history that’s already been established.”