New: You Absolutely Need to Check Out Our Favorite Cookie Shop & Bakery in Allentown 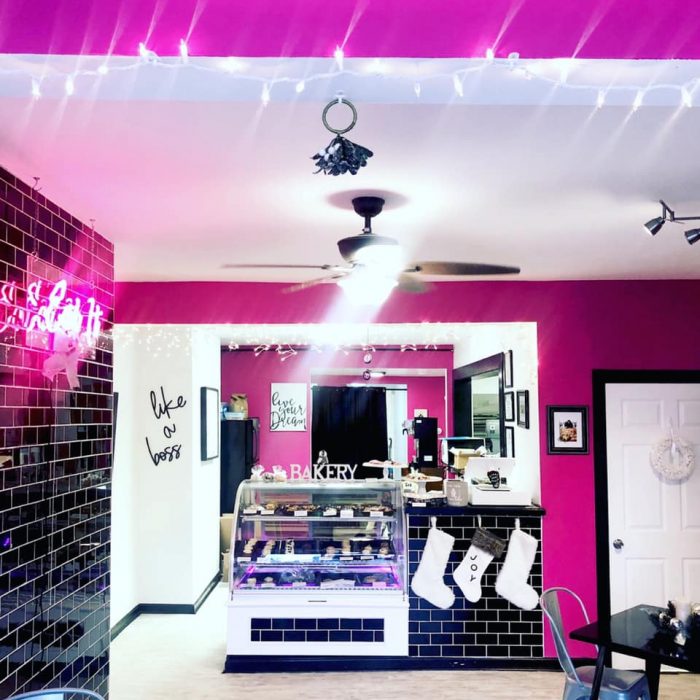 Allentown is all about personality, and when you open a business there – you’d better bring it.

Case in point: mundy cakes recently opened its doors across from the Old Pink to serve up tasty baked goods with a side of friskiness. Writing on the stairs leading up to the bakery says, ‘touch my buns/ feed me cake/ call me sugar’ and a neon sign inside just says, ‘Eat it.’ The new brick-and-mortar comes after a year or two of kicking ass and taking names (and orders), popping up at events to sell highly custom, quality “cooks”, as they are so lovingly referred to in frequent @mundycakes Insta stories.

“I’ve tried to incorporate a lot of personality into the space; just a lot of quirky, off-the-cuff fun things,” owner Amanda Bernardini recently told us over the phone. “I don’t want to take myself too seriously. 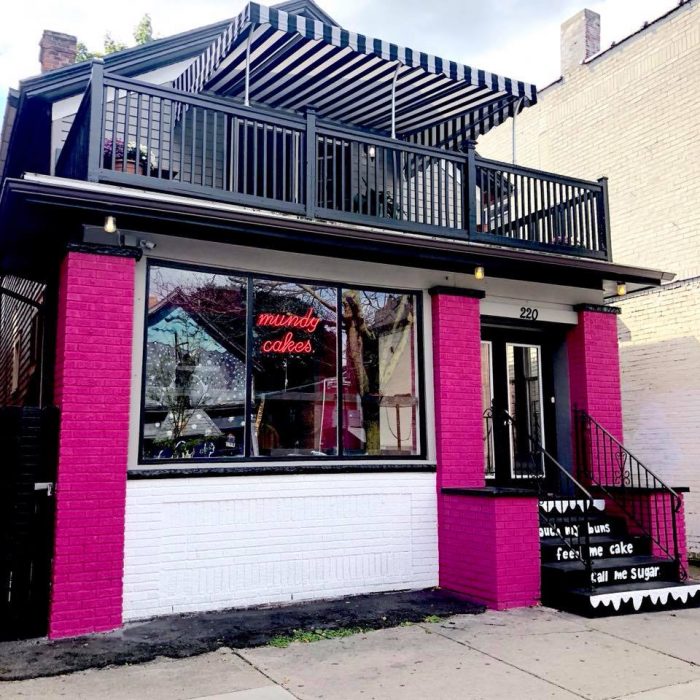 At a time when many of us project personality from behind a keyboard, you really have to respect Bernardini for putting so much personality, so much of herself, out there.

“People want to get to know (a business owner) as a person,” she added, “and identify you as being real.”

Bernardini, or Mundy as she’s known, doesn’t just bring mischief to the look of her bakery, it’s also in her sweets. The whole mundycakes thing really galvanized, she said, when she started posting Instagram pictures of her statement sugar cookies. On the mundycakes Insta profile, there are phallic rainbow cookies, Space Jam cookies, thong cookies and cookies for a divorce party. For those who want to get meta, there are even sugar cookies of the old Instagram logo. 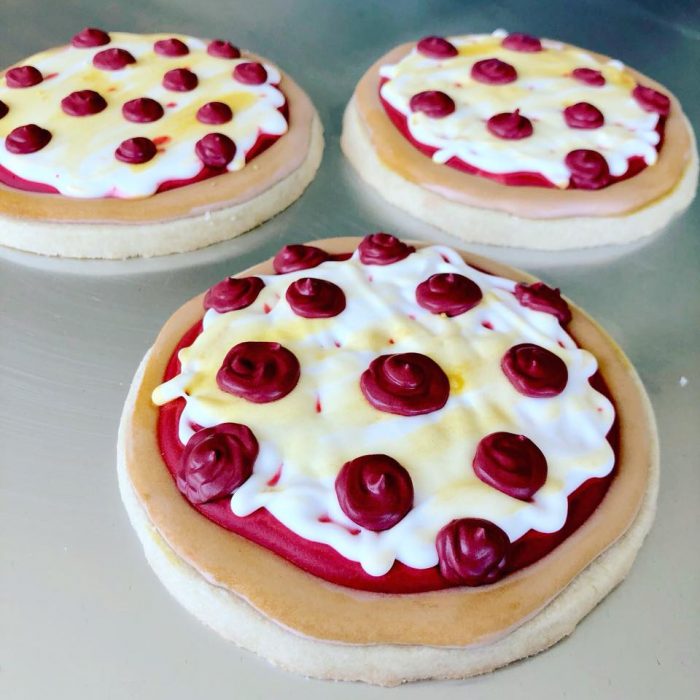 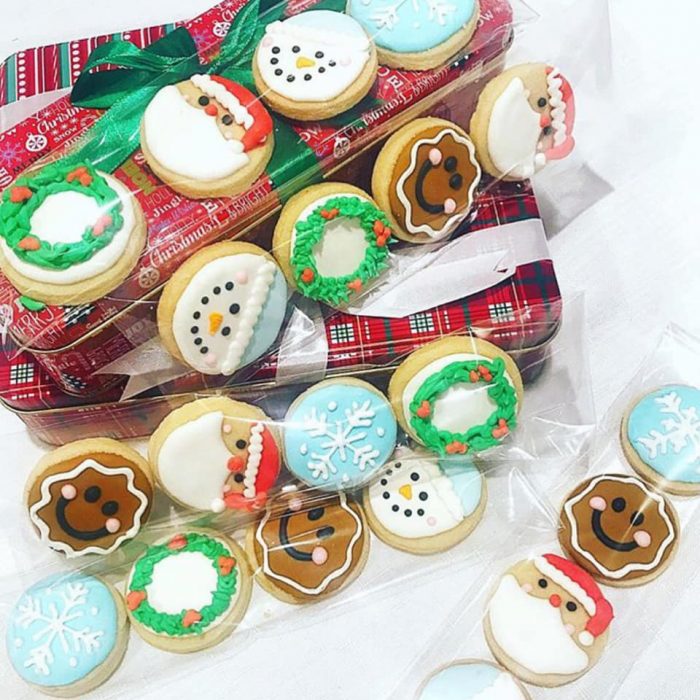 “That’s kind of what got me some traction in the area, in terms of social media,” Bernardini said. “I was doing it pretty heavily for a year-and-a-half to two years, and this amazing opportunity on Allen Street came up.”

Mundycakes is about much more than just sugar cookies with an attitude. Baking since an early age and currently inspired by Christina Tosi from New York City’s well-renowned Milk Bar Bakery, Bernardini cranks out all kinds of modern takes on cupcakes, brownies, scones, cinnamon rolls and handmade pop-tarts. She also recently debuted baked treats for dogs. 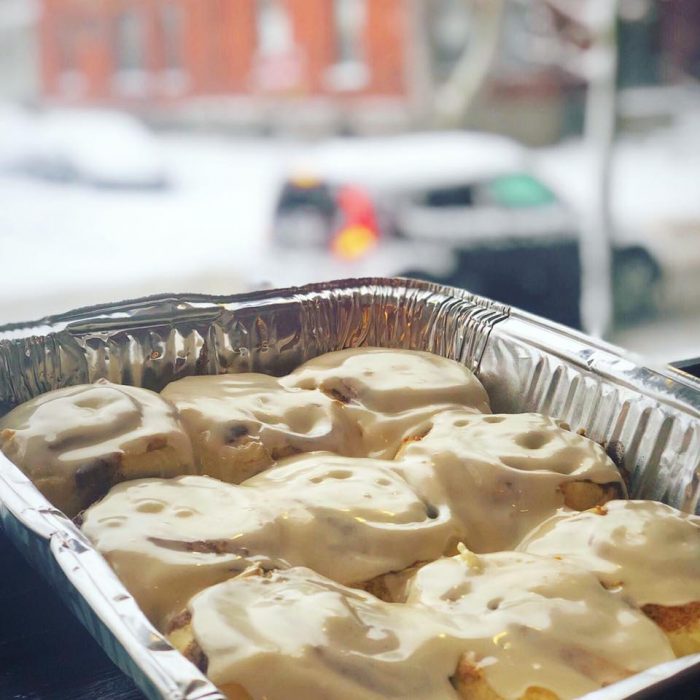 One of the highlights on our recent visit was the lemon blueberry cupcake. With bright citrusy icing and the tart pop of whole blueberries, it was one of the most well-rounded sweets you’ll find in Buffalo. 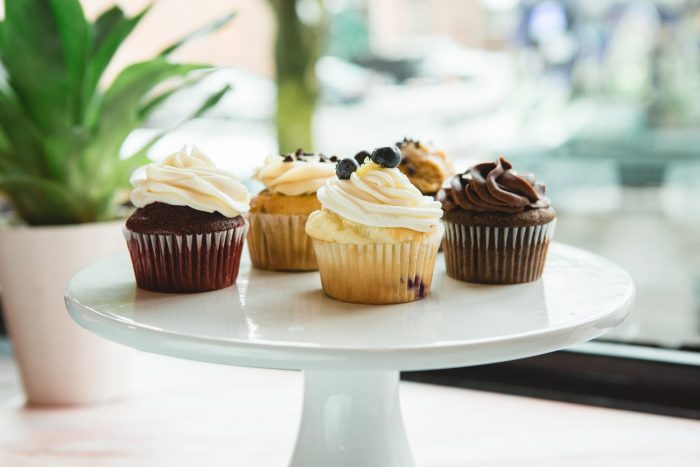 We also tried a raspberry bar that was crispy, crunchy and jammy. It paired perfectly with a cup of Tipico coffee, which is also available at the bakery. There’s also tea, hot chocolate, bottled water and pop.

“I wouldn’t have been about to do this without my friends and family,” Bernardini made a point of telling us. “They’ve been such a huge amazing part of this and haven’t asked for anything in return.”

“I want to stress that this is not a solo thing. This has been a huge group effort.”

Mundycakes keeps standard daytime hours but given that it’s located on a street known for nightlife, Bernardini said she’s toying with the idea of later hours.

“Right now, we’re just really trying to not bite off more than we can chew,” she said.

Brett Llenos Smith is a freelance writer based in Buffalo’s Allentown neighborhood who has been covering local food and culture for Step Out Buffalo over the past six years. As someone with a multi-ethnic background, he has a passion for exploring and understand the many diverse corners of Western New York.
Find More ➭ New Restaurants 2018