Nine-Eleven Tavern, Because Your Taste Buds Deserve It 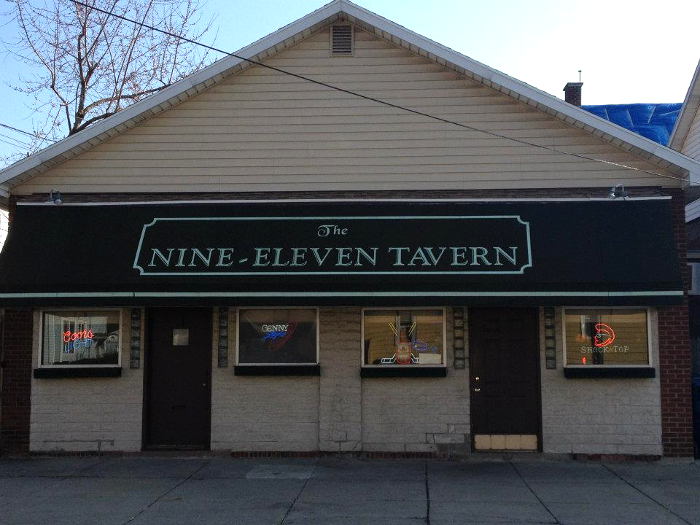 Living in the city that invented chicken wings, Buffalonians will be the first to tell you –in their humble opinion- who serves the best wings. Most of the time this preference revolves around hotness and/or crispiness, and sometimes there’s a Smitty’s opinion thrown in for good measure. But what 99% of most good ol’ fashioned wings lack is something that makes them stand out. Not so at Nine-Eleven Tavern. What these fine folks are known is their homemade wing sauce, whose ingredients are a mystery to all but those who dwell in Nine-Eleven’s kitchen. Some say the sauce is made in the traditional way with butter and covered in feta or parmesan flakes, others say that the sauce has a malt or cider vinegar taste. Either way Nine-Eleven Tavern serves up some of the most unique wings in the Queen City. Many people shout from the rooftops that Nine-Eleven Tavern has the best wings they’ve ever tasted…and there’s a long list of chicken wing awards here that tend to agree.

I am one of those “many people” mentioned above, shouting from the rooftops that everyone and their mother needs to come here ASAP. Whenever anyone I know comes in from out of town and they’re craving wings (or not, IDC) I take them to Nine-Eleven Tavern.  Between the mind-blowing flavors and the not mind-blowing prices you really can’t go wrong here. Plus, this place has character. Unlike its larger wing-venue brothers and sisters, Nine-Eleven is a true neighborhood dive bar through and through. From the friendly bartenders to the low-key atmosphere to the long shuffleboard table, if you’re looking for a no-frills delicious wing experience look no further. Oh and bring cash, because they don’t take cards. 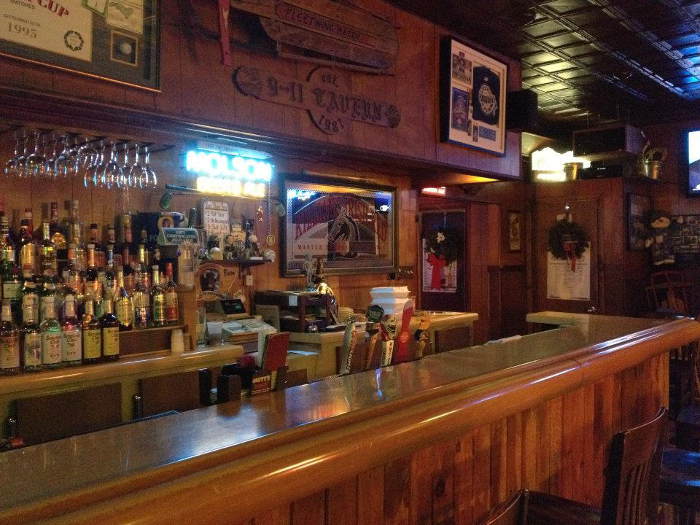 The menu is short and sweet, but that just means you can taste most/all of it each time you go. Drink-wise they have all of your standard liquor and wine options and a decent selection of local and non-local beers. Almost anything you drink here is going to be $5 or less, so drink up my thirsty friends.

Non-chicken-wing food options include lots of classic favorites like a Corned Beef Sandwich ($7.95), Burger (starting at $7.95, add $1 for cheese and $1.25 for bacon), Pizza Stix ($7.45 for four, $14.95 for 8), and Chicken Wing Dip made from their famous wing sauce ($5). If you want chicken but bones aren’t your thing you can order Chicken Fingers made in the same style as the wings, available in plain, mild, medium, and hot with a side of blue cheese or ranch dressing and celery ($7.65 for a single, $14.90 for a double). If you’re feeling saucy (get it?) their famous wing sauce is also featured on the menu for $7.50/jar, meaning you can have delicious secret sauce-flavored wings in the comfort of your own home. And that, my friends, is literally their entire menu…aside from you know the wings and fries (aka the real reason you’re here) which we’ll delve into below.

I have been to Nine-Eleven Tavern almost too many times to count. With all of the zillions of chicken wings consumed in my lifetime I can honestly say that I’ve never had any that taste like theirs, which is why so many Buffalonians keep coming back here time and time again. The last time we ate at Nine-Eleven Tavern was when friends from Cleveland came to town and wanted a true Buffalo dining experience. Wings were obviously the first thing that came to mind, and Nine-Eleven Tavern was at the top of the list.

When you pull up to Nine-Eleven Tavern it looks like a stereotypical dive bar: a local watering hole with a few neon signs not loudly announcing its existence. We parked across the street and entered the bar where we were told there was going to be a little bit of a wait, so off to order beers we went. We all ordered Flying Bison and Molson (a treat for Ohioans that we Buffalonians often take for granted) and took in the scenery as we sipped on our drinks. There’s a long wooden bar that stretches to the end of the building, a few flat screen TV’s, a shuffleboard table, and at the very end there’s a barstool with one of their oldest regular’s name on it. Literally.  It should be noted that 50% of the time I come here there’s a wait for something, be it a table or the food, but it’s always worth it in the end. 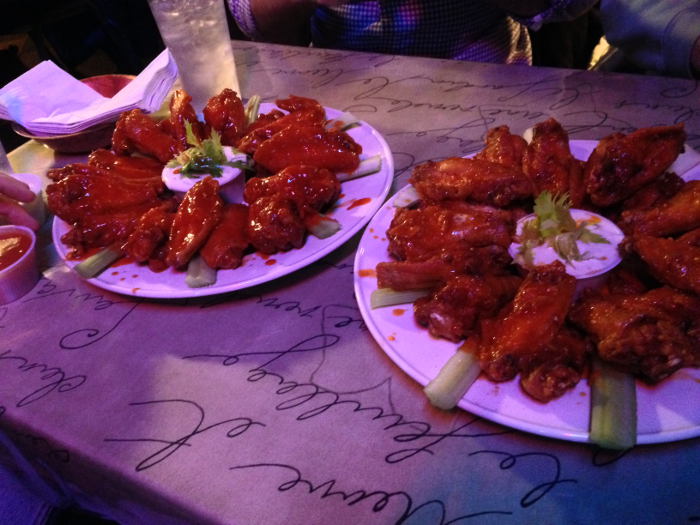 Once we were seated on the dining room side we didn’t even need to look at the menu to know what we wanted: two orders of seasoned, hand-cut Finn’s Fries ($3.75) and wings, lots and lots of wings. The chicken wings here come in four flavors and four sizes: plain, mild, medium, or hot and Single (10 wings, $8.25), Double (20 wings, $15.50), Triple (30 wings, $22.75), and Fifty (50 wings, $37.25). The Finn’s Fries are one of the best French fries I’ve had, cooked to perfection and coated in just the right amount of garlic and other heavenly seasonings that impressed everyone at our table. 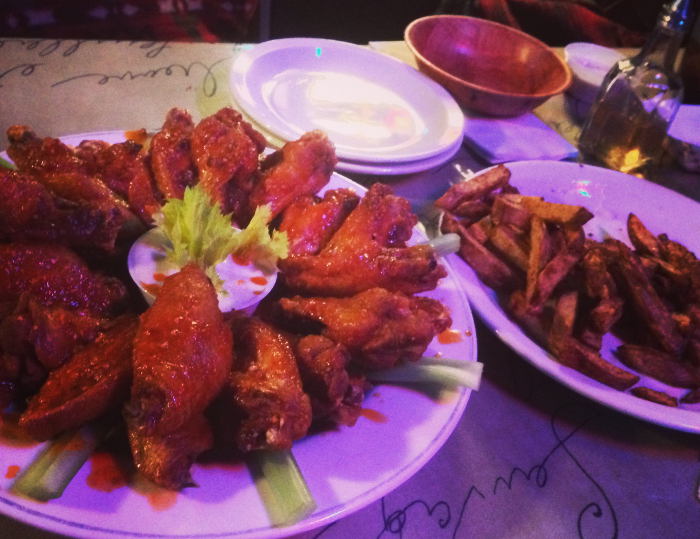 Now…onto the wings. The sauce – as I and many, many others – have raved about, is pure bliss. Whatever the secret recipe is over here it is ~flawless~, and everyone at our table regardless of the flavor they ordered couldn’t believe the flavorgasms they were experiencing. It’s not just the flavor, but the way the wings are cooked that impresses me every time I visit. The wings are cooked the way wings should be: crispy on the outside and juicy on the inside, and every single time I have them they’re always the same, glorious wings I know and love. And when you combine unique, amazing (I’m running out of synonyms here but you get the point) flavors with perfectly cooked food in a casual, relaxed, place-next-door atmosphere you’re bound to have a good time.

Lauren is the Creative Marketing Director at Step Out Buffalo aka the person who posts all those memes on social. A lover of Buffalo, food, travel, and animals, she can usually be found trying different local restaurants while planning her next adventure and asking passersby if she can pet their dog. Follow her dog-petting adventures on Instagram @laurenspoth
Find More ➭ South Buffalo, Wings
×