On Our Radar: Buffalo Barrel + Brine 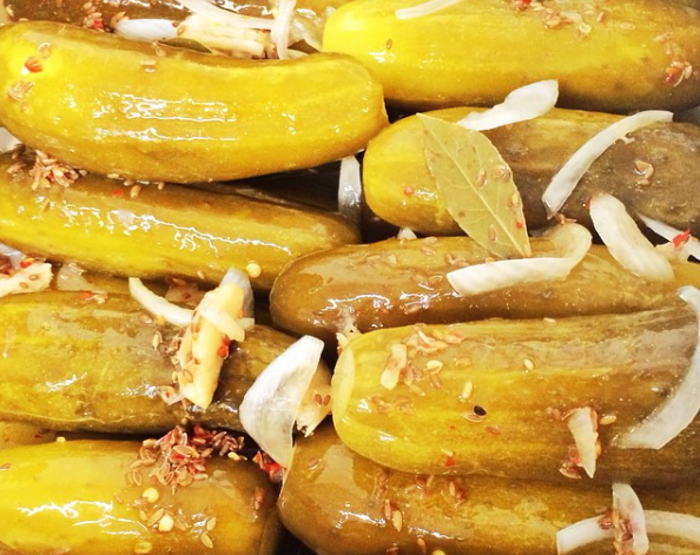 Update: Barrel + Brine recently had their Grand Opening, so now you can stop in and grab some pickles at their shop. Follow along on their Facebook for up-to-date info on their hours!

Buffalo’s ever-expanding culinary scene does more than just keep bellies full: It also serves as inspiration for us wannabe chefs who are always looking to impress our guests.

Thankfully, Barrel + Brine has got you covered, as the pickling and fermentation shop not only has great aged products for your next dinner party – owners RJ and Lindsey Marvin are planning on holding classes to show you how to make everything from kombucha to sauerkraut.

Fermented foods may sound like something stinky or harsh tasting or food you couldn’t possibly make at home, but if you’ve ever let a pizza dough rise – you’ve made fermented food. Making kimchi or sauerkraut is the same thing as working with yeast – you just need to make sure your food is kept in sterile, airtight containers and let nature take its course.

On a recent trip to Barrel + Brine, RJ Marvin showed me the basic process behind making sauerkraut is so simple, even a dumb freelance writer like me could (probably) do it.

“Everything you need is right there on the cabbage,” he said, standing over a large bin of shredded leafy greens while A Tribe Called Quest bumped along on the stereo behind him.

The key to fermentation is a live bacteria culture that breaks down raw food to produce something more flavorful and complex. With sauerkraut, it’s the friendly bacteria lactobacillus that does all the work.

”The cabbage itself is covered in lactobacillus,” Marvin told me. “Even if I wash it, it’s still there.”

He paused for a second to plunge his hand into the cabbage, grab a fistful of shreds and mash them in his palm.

“The bacteria is going to eat the sugar from the cabbage and expel both lactic acid and CO2,” he said, staring intently into the bin.

Marvin was actually part of the original crew that worked to open Buffalo Proper. Just after that process ended and Buffalo Proper opened its doors, he got the offer to start a fermentation program over at the Elm Street Bakery.

“There’s so much produce going into that place (Elm Street) from so many farms that they had to figure out what to do with it,” he told me. “So I was just fermenting and pickling everything I could.”

Now, Marvin is looking to do what he did at Elm Street, but this time it’s for himself.

Barrel + Brine is set to start out by offering a range of sliced pickles, including Bread + Butter, spicy Fire + Ice, Dill, Horseradish Dill, That Pickle (made with CBW’s That IPA) and Bloody Mary.

The store will offer 16-ounce jars of its products for pop-up retail sale, but the bread and butter of Marvin’s business should be supplying local restaurant with his products. Breadhive is already featuring Barrel + Brine in their Dill Pickle Rye and Marvin told me restaurants have been clamoring for his fermented goods to use in their kitchens. However, since they typically take at least a month to be ready – he can’t fill any orders for those products just yet.

“It takes time,” he said. “If you speed it up at all, you really run the risk of bacterial infection. It’s genuinely a living thing.” 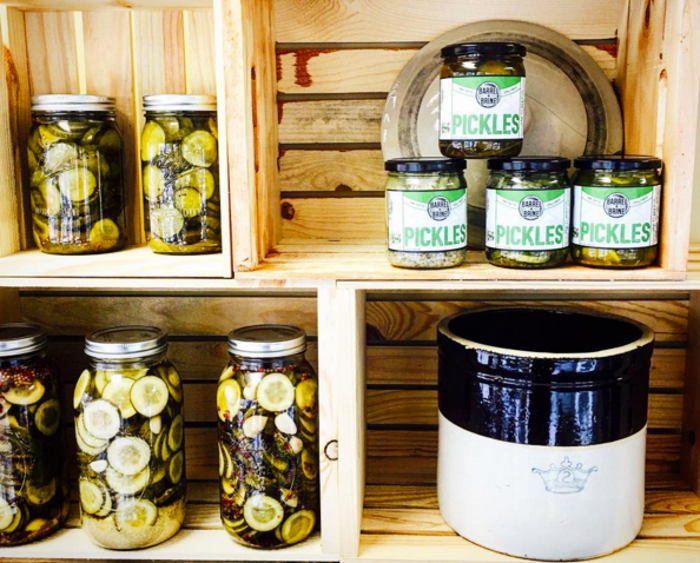 In addition to fermented food products, Barrel + Brine is planning on offering several lines of kombucha and other fermented drinks, a project RJ’s wife Lindsey is currently deeply involved in.

The Marvins are also planning on hosting both classes and pop-ups at their store, located in the scenic West Village neighborhood. Classes will teach either fermenting or pickling. Pop-ups will feature local chefs and take advantage of Barrel + Brine products.

We suggest following the store on social media (Instagram / Facebook)for announcements on those events and other developments.

Brett Llenos Smith is a freelance writer based in Buffalo’s Allentown neighborhood who has been covering local food and culture for Step Out Buffalo over the past six years. As someone with a multi-ethnic background, he has a passion for exploring and understand the many diverse corners of Western New York.
Find More ➭ Sponsored Content